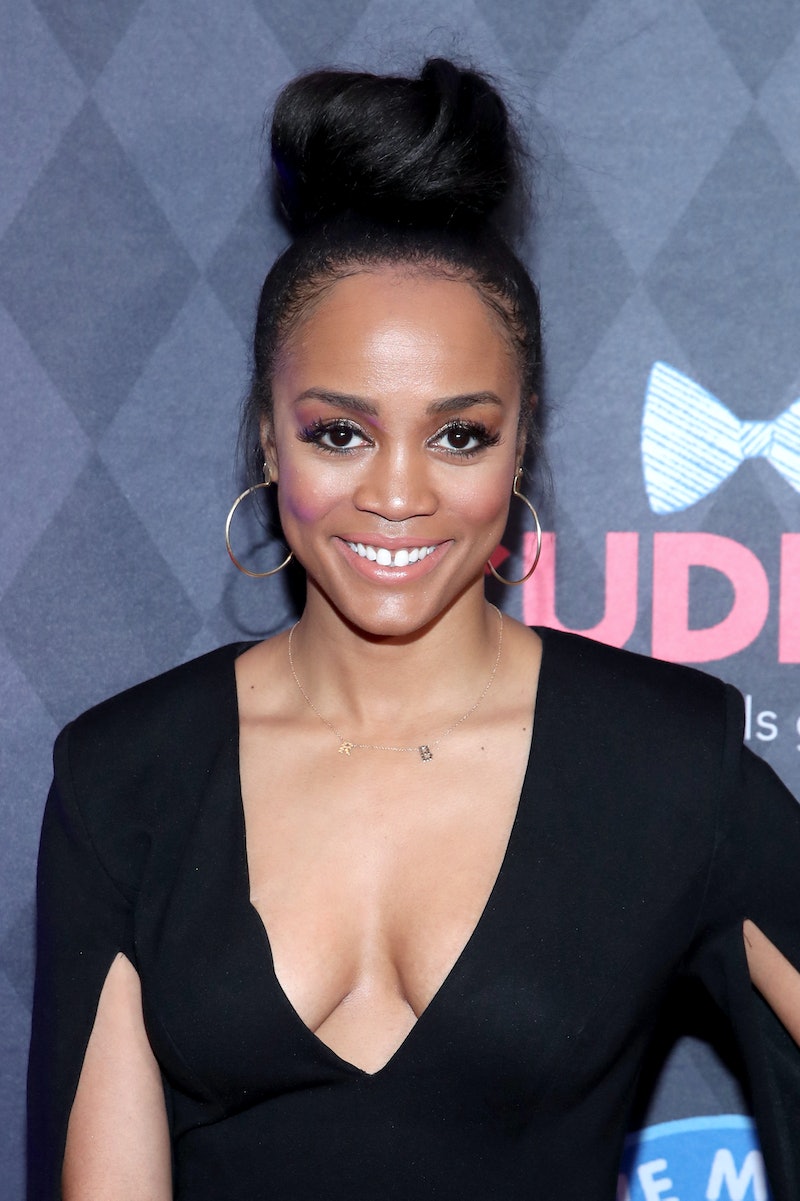 The scene hasn't even aired yet, but Hannah Brown's windmill confession on The Bachelorette already has everyone talking. Even former The Bachelorette lead Rachel Lindsay addressed Hannah's time in the windmill and she's here for all the honesty.

Fans are well-aware of the windmill conversation since it's been teased for two weeks, but just in case anyone needs a refresher, the specifics of the whole situation are still such a major mystery. No one knows who Hannah was with, but viewers know what happened. In the trailer, Luke P. says to Hannah, "Let's say you have had sex with one or multiple of these guys, I'd completely remove myself from this relationship."

After, Hannah tells Luke, "My husband would never say what you've said to me." This especially makes sense if her future husband is one of the guys on this show, since it's about dating multiple people. Then Hannah famously delivers the line that stole the spotlight during the original trailer for this season: "I have had sex and, honestly, Jesus still loves me." Then, she admitted, "From obviously how you feel, me f*cking in a windmill, you probably wanna leave." In the preview clip, it does look like Luke leaves as Hannah sticks up her middle finger.

But, wait — there's more. During her confessional interview, Hannah adds, "I f*cked in a windmill. And guess what? We did it a second time." Talk about honest. Hannah is putting the "real" into reality TV.

If anyone knows how intense it was for Hannah at that time, it's Rachel. During the July 9 episode of Strahan and Sarah, an audience member asked, "How did you guys feel and what did you guys think when you found out Hannah already had sex?" Rachel responded, "I’m going to assume that they’re alluding to what happened in the Fantasy Suite." She continued, "I was surprised she was so bold and forthcoming with it, but I mean, she owns it, so I mean, more power to her."

Rachel seemingly joked, "Are we surprised?" She added, "We’ve seen her in hot tubs, on beds, massage tables. It was coming, right? Why not a windmill?" Why not? This is a show about forming and progressing romantic relationships. And how often will Hannah be in Greece? If she wanted to experience the Grecian windmill, then why wouldn't she experience a Grecian windmill?

Hannah has received both applause and disapproval for her honesty, which is something that Rachel can relate to. She's also known for being very unfiltered, no matter what she's asked, whether it's about Hannah's season or not.

As a Bachelorette alum, Rachel has not been at-all shy sharing her opinion on this season. According to Us Weekly, Rachel said Hannah "would be miserable" if she dated Luke P. Then she made this comparison: "Have you seen Bird Box? She would be like the people [that] looked [at] the monsters in the face but survived." That's harsh, but seemingly accurate.

Pretty much everything Hannah has said, done, or worn this season on The Bachelorette has sparked conversation. Some of it good and some of it bad. The windmill confession (and the rendezvous itself) hasn't even aired yet, but even a former Bachelorette can't help sharing her thoughts on the legendary scene.