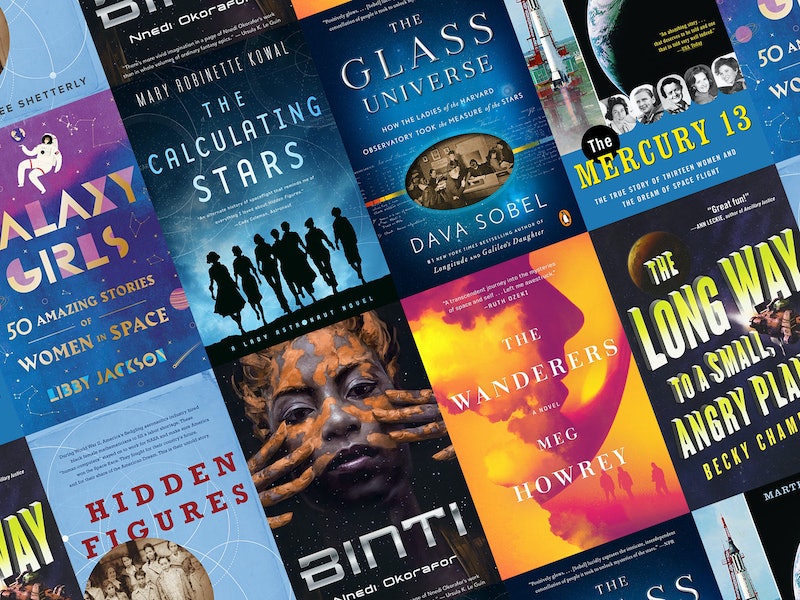 In July 2019, the United States celebrates the 50th anniversary of the Apollo 11 landing on the moon. Taught in school's across the country, and depicted repeatedly in books, films, and television shows, the moon landing in 1969 — in which astronauts Neil Armstrong and Buzz Aldrin became the first men to step foot on the moon, taking "one small step for [a] man, one giant leap for mankind" — is one of the most iconic moments in world history. Since the late '60s, the NASA program has continued to make history, with missions like the Mars Exploration Rover ensuring continued interest in the men and women who explore the unknown Final Frontier.

But once you've gotten your fill reading all about Apollo 11 and other major space missions, you might find that you want to keep those galaxy-filled stoties on deck — especially stories about women, who are so often left out of important historical moments. This list of 10 books about women in space contains both fiction and nonfiction picks, with classic must-reads and newer books among them. Whether you want an edge-of-your-seat sci-fi novel set in space, or you want to learn more about the real-life women who have made space their careers, there's something on the list for you: