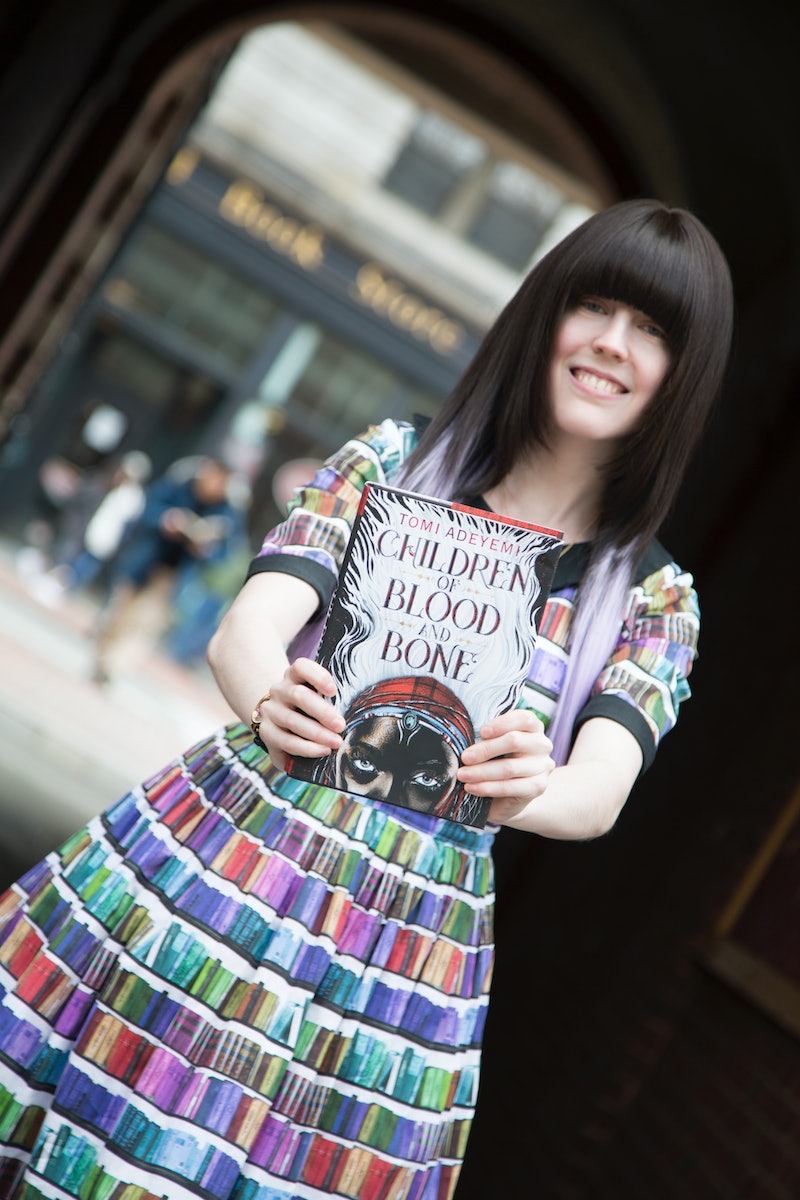 On the first day of second grade, Mrs. P asked everyone to go around the room and tell the class what we’d done over summer break. “My family went to California,” someone said. Another kid talked about trips to Six Flags, Canobie Lake Park, and Water Country, instantly getting the summertime jingle stuck in my head for the remainder of the day.

When it was my turn, I proudly announced, “My mom and I finished all the Harry Potter books!” The series had been published through Harry Potter and the Goblet of Fire, which was my favorite novel in the series thus far because of all the mythical creatures.

Mrs. P didn’t prompt me to talk about travel or something less ordinary than reading, so I listened patiently as other kids in my class talked about endless trips to Hampton Beach and Cape Cod, and faraway destinations abroad and across the country.

Reading has always been my primary form of travel. When I was growing up, we didn’t have a family car because my mom was visually impaired and couldn’t drive. Most of our travel was local; we walked wherever we could, and took the bus or train when we couldn’t. We were fortunate that our tiny low-income apartment was walking distance from a major bus route, where we could hop on the train and head into Boston to watch movies on the Charles or cool off at the Boston Public Garden. I did almost all my activities on a budget, like free gymnastics classes at the Malden YMCA, hiking and walking at Breakheart Reservation, or sunning at Nahant Beach.

"Reading has always been my primary form of travel. When I was growing up, we didn’t have a family car because my mom was visually impaired and couldn’t drive."

While there are plenty of guides for traveling on a tight budget, many of them don’t account for just how poor we were, since my mom could no longer work and we had a limited monthly income. And a majority of those guides also didn’t factor in accessibility, since my mom and I both had disabilities: How strenuous would the walking tours be? How easy would it be to find a meal in another state or country that was easy on my stomach? Would we be able to get around on a budget and rely on public transportation at the same time? What would happen if we got injured or sick abroad and needed to access health care?

Since my actual traveling was limited to local places or tagging along with friends and other family members on their trips, books were the way I understood the world. I was basically raised in the Malden Public Library, scouring through the children’s section downstairs or heading over to the nonfiction section to learn more about places, animals, and people. Books took me to places around the world and throughout history that I couldn’t explore in person, and it was an adventure every time.

"Since my actual traveling was limited to local places or tagging along with friends and other family members on their trips, books were the way I understood the world."

I learned about the boroughs of New York from Jacqueline Woodson’s Miracle’s Boys, Louise Fitzhugh’s Harriet the Spy, and Walter Dean Myers’ Scorpions. The Miseducation of Cameron Post by Emily Danforth showed me what it might be like to be a queer teenager in the Midwest. Harry Potter introduced me to British culture, aided by my Auntie Helen’s first hand stories from before she moved to the US. Warcross by Marie Lu showed me Tokyo in a near-distant future, an experience that was even more valuable knowing the author has actually traveled to Tokyo. The Magic Tree House series was one of my favorites as a kid, because every story was like taking a trip to a specific period in world history.

Books were also my first introduction to some of the darker places that we travel to, and allowed me to empathize with struggles I haven’t personally experienced. I learned about the prison-industrial complex through Monster by Walter Dean Myers, and about the Holocaust and its survivors through The Book Thief by Markus Zusak. The Hate U Give by Angie Thomas was one of the most engaging and impactful books I’ve read about the Black Lives Matter movement and police violence against Black Americans, and the afterword in Children of Blood and Bone by Tomi Adeyemi made me cry when the author connected her high fantasy world to contemporary systemic racism.

"Books were also my first introduction to some of the darker places that we travel to, and allowed me to empathize with struggles I haven’t personally experienced."

As I’ve gotten older, I’ve been privileged to be able to travel more than I did as a kid. Two years ago, I visited Chicago for the first time. I’ve been to various parts of Texas three times, including the beach on the Gulf of Mexico, which is warm and salty in mid-July. I’ve taken day and weekend trips to New York City to see it for myself and I couldn’t be more jealous of their train system, despite all the digs at the MTA I hear from actual New Yorkers. This year, I’m taking my first real vacation — a five-day cruise to Bermuda, the first trip I’ve planned and paid for myself without grant money from college or a present from a family member covering part of it.

Reading is still a core part of my traveling experience, though: My Bermuda trip is four months away, and I’m already planning how many books I can take with me and what I’ll want to read with an ocean view.