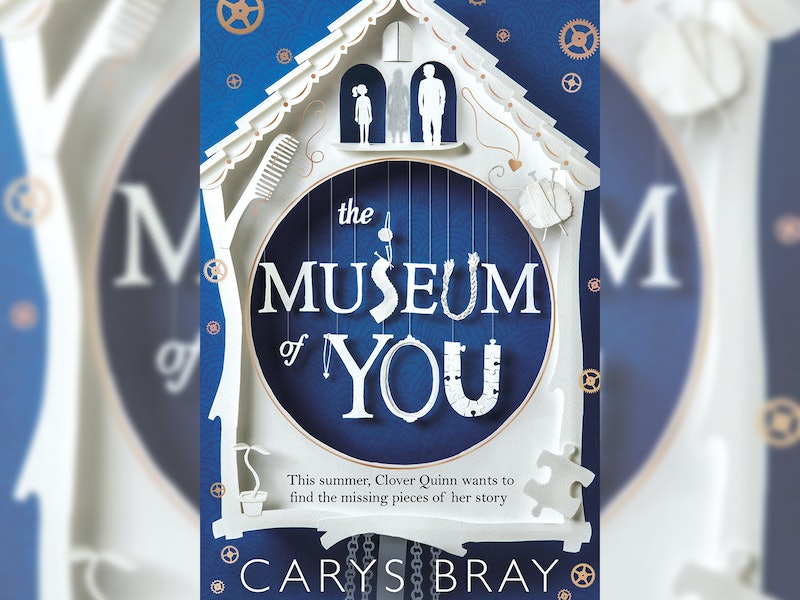 Unless you're in the middle of a spring clean, a big move, or are embarking on a new minimalist lifestyle, I don't usually think too much about the things I own. It's really only when I'm clearing out my wardrobe or I'm reorganizing my workspace that I'm confronted with the harsh truths about how much stuff I own. How many times have I been embarrassed to discover that I have three different sweaters that look almost exactly the same, or at least eight unused notebooks that I'd totally forgotten about buying? Too many to count. But reading Carys Bray's The Museum of You has made me think about my possessions in a whole new way, and about the importance of surrounding myself with things that have real meaning.

Here's a breakdown of the plot: Clover Quinn lives with her father, Darren, who has tried to do his best as a single dad. Clover's mother died when she was an infant, and Darren doesn't ever seem to want to talk about her. But this summer, Clover wants answers — and she's determined to find them in the second bedroom, which is full of her mother's belongings. As Clover wades through them, she begins to craft the stories behind her mother's things and builds an "exhibit" of her mother's life. She hopes her project will prompt her father to finally share his memories of her mom. And without any evidence to the contrary, Clover begins to concoct an entire persona for her late mother.

Clover imagines that the travel brochures she finds meant her mom and dad went on tons of exciting adventures; that the t-shirt her mother wore when she gave birth was a favorite; that the children's book with its inscription from "mommy" was written with love. In actuality, the reader learns that so little of the ephemera Clover's mother left behind held any real secrets about the person she was or what she cared about. Even still, it still made me want to take a look at my own possessions.

Do I want that dress that hasn't fit me in 10 years (but I keep "just in case") or those books that I've kept on my shelves but have never read be the things that define me? If what I have is how I present to the world, then perhaps it's time I start thinking about my belongings way more mindfully. Of course not everything I own holds some massive meaning — everyone needs underwear and toothpaste after all. But so much of The Museum of You is about cleansing — of the spirit and the soul and the "stuff," too. In fact, Bray makes the connection between all three. What people own weighs on them in ways more than just physical.

Now it's more important to me than ever to make sure that a majority of what I hold near me not only makes me feel happy, Marie Kondo-style, but that much of it is carefully curated according to the memories the items hold. So I'll be keeping that t-shirt from my favorite concert, and the signed copies of my favorite books, and the gold sneakers I wore to my high school graduation — and finally figure out the legacy of "things" I want to carry with me.