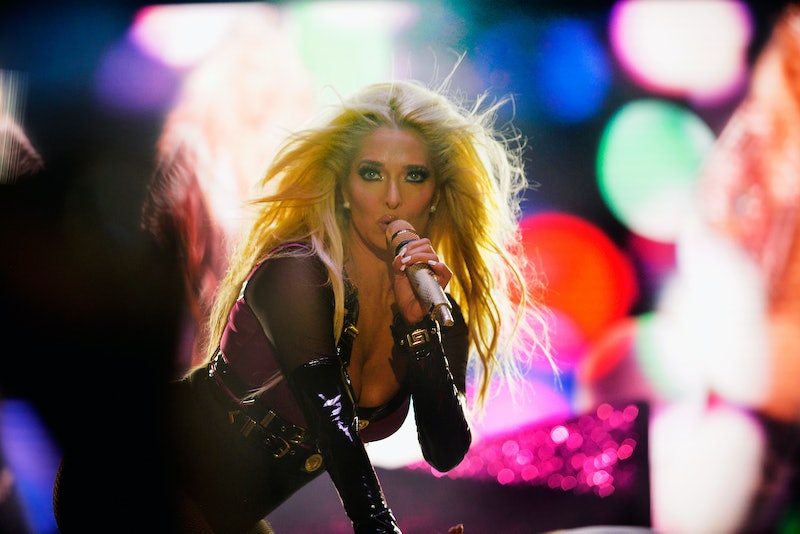 One of the Real Housewives of Beverly Hills is trading in her sprawling mansion and envy-worthy closet for the Broadway stage — at least for a few months. RHOBH star Erika Jayne is heading to Broadway, making her debut in the Tony-winning revival Chicago the Musical as the show's main protagonist, Roxie Hart. The star is set to join the cast in the new year, starting on Jan. 6, 2020 and will perform a 12-week limited engagement that wraps up on March 29.

Chicago is currently the longest-running American musical in Broadway history, and Erika is ecstatic to be apart of its legacy. “I’m beyond excited to join the cast of the legendary musical Chicago,” she told PEOPLE in a statement announcing the news. “Having been a fan of Bob Fosse and Gwen Verdon’s work, it is an honor and a dream to play Roxie Hart.”

And for people who think that a Real Housewife may not be a good fit to play the iconic character of Roxie Hart — a role which earned Renée Zelleweger an Oscar nomination for her work in the 2002 film — think again. Erika has already forged a career as a dance-pop music sensation, racking up nine number one hits on Billboard's Dance Club charts, including fan favorites like "How Many F*cks," "Xxpen$ive," and "Painkillr." And with the success of her Pretty Mess Tour, she's proven that she can hold a crowd's attention many times already.

Erika isn't the only Real Housewife to perform in Chicago the Musical on the Great White Way. Real Housewives of Atlanta star NeNe Leakes played Matron "Mama" Morton in the production in November 2015, and her Atlanta co-star Kandi Burruss followed in her footsteps in January 2018 for a two-month engagement.

Real Housewives of New York City star Luann de Lesseps also announced during the RHONY Season 11 reunion that she would be playing "Mama" on Broadway as well. However, according to Page Six, the deal fell apart after the reunion due to timing with de Lesseps' other work commitments.

Erika can even look to one of her RHOBH cast mates for advice on how to rule the stage as Roxie Hart. Back in 2007, before she joined the Bravo show, Lisa Rinna played the role of Roxie on Broadway, joining the cast alongside her husband Harry Hamlin, who portrayed lawyer Billy Flynn.

Although Broadway is a huge professional commitment that takes up a lot of time, fans won't miss out on Erika in the next season of RHOBH. In fact, the star recently dismissed rumors that she was leaving the show in the most Erika Jayne way possible — making a sarcastic remark while looking utterly glamorous. “You change your banner art and people have a meltdown,” she remarked to Entertainment Tonight while attending her cast mate Kyle Richards' fashion show during New York Fashion Week. “I don’t know where that comes from.”

PEOPLE also confirmed that Erika will return to RHOBH for its upcoming 10th season, and given that the cast is currently filming, her Broadway journey could be a huge storyline on the show, giving fans that can't make it to New York a glimpse at how she transforms into Roxie Hart.