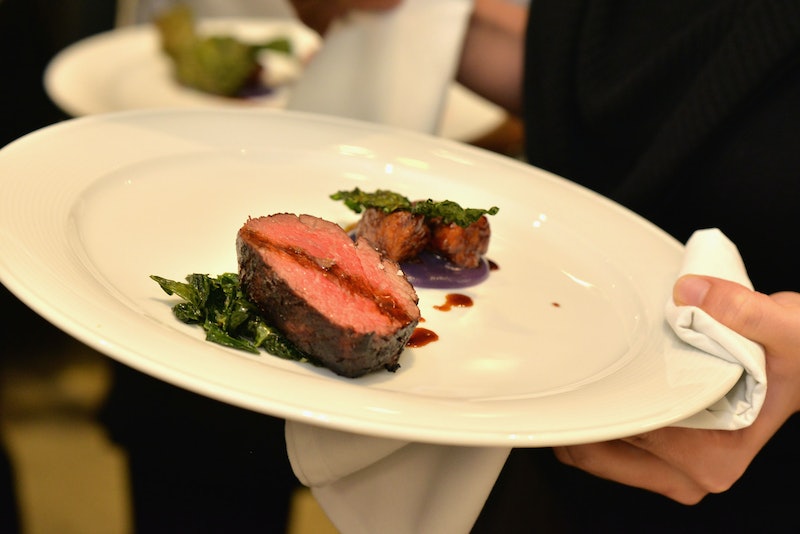 It’s no secret that there are many reasons to avoid tick bites to protect your health. Tick bites can lead to a wide array of complex health problems, including Lyme disease, Heartland virus, and even food allergies. Recently, a spate of red meat allergies linked to bites from the Lone Star tick made headlines, and now new research suggest that these allergies might be more common than previously thought.

Tick bite-induced allergies to red meat are caused by a reaction to alpha-gal, which is a sugar found in mammal blood and carried by ticks, according to a press release about the study sent to Bustle. Previously, it was thought that an alpha-gal-induced allergy to red meat, known as alpha-gal syndrome (AGS), was triggered only by ticks who’ve recently fed. Now, however, researchers from the University of North Carolina (UNC) school of medicine say that alpha-gal is actually found in tick saliva — regardless of whether or not the tick has fed on an animal.

“Our original hypothesis was that humans developed the allergy after being exposed to alpha-gal through a tick that had fed on a deer, dog, or other small mammal that has alpha-gal,” said Dr. Scott Commins, associate professor of medicine and pediatrics at UNC School of Medicine, in the press release. “This new data suggests that ticks can induce this immune response without requiring the mammal blood meal, which likely means the risk of each bite potentially leading to the allergy is higher than we anticipated.”

Bustle writer Jessica Booth wrote in a previous report that red meat allergies from tick bites are on the rise. And while this might be a non-issue for vegetarians, the risks may be high for omnivorous diners.

For this study, which was presented at the American Academy of Allergy, Asthma and Immunology (AAAAI) annual conference on Feb. 23, the researchers tested salivary gland extract from four different types of ticks in white blood cells from people with and without AGS. American Dog, Deer, Gulf Coast, and Lone Star ticks were studied. Some of the ticks from all species had recently fed on blood containing alpha-gal, while others hadn’t. Bites from Lone Star and Deer ticks who had recently fed caused reactions during research. But saliva from Lone Star and Deer ticks who had not fed also caused immune reactions. Salivary gland extract from a Lone Star tick who hadn’t fed caused a reaction that was 40 times higher than the control, researchers found. There were no reactions from the saliva of American Dog or Gulf Coast ticks, however — whether they had fed or not.

Because both blood-fed and non-blood-fed tick saliva tested during research caused immune reactions, Commins said in the press release, “These results suggest that more tick bites than we initially suspected could pose a risk for developing red meat allergy.”

Since there is no cure for AGS apart from avoiding red meat forever, taking precautions to avoid tick bites is key, Commins said. Additionally, AGS symptoms can run on a spectrum of somewhat mild to potentially life-threatening, says the Mayo Clinic. Symptoms include headaches, hives, sneezing, swelling, runny nose, abdominal pain, and in severe cases, anaphylaxis, which can be extremely dangerous. Symptoms can happen even several hours after eating red meat if you have AGS. If you break out in hives, have trouble breathing, feel dizzy, or have difficulty swallowing after a steak dinner, seek out emergency care right away.