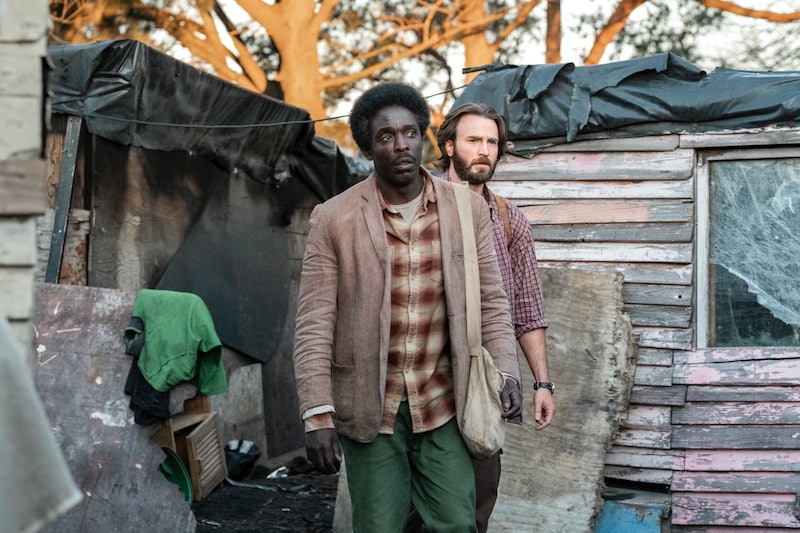 Netflix is gearing up for awards season early with its new Oscar bait film The Red Sea Diving Resort. With a stellar cast, intriguing setting, and captivating plot, the film is sure to gain some accolades. All it needs, seemingly, is to be based on a true story. So is Red Sea Diving Resort a true story? Because if it is, then there's a chance the Academy of Motion Picture Arts and Sciences won't be able to resist awarding a movie that seemingly ticks all of its preferred boxes.

Get your ballots ready, Oscar voters, because Red Sea Diving Resort is indeed based on an actual event. The movie is based on the events described in the book Mossad Exodus: The Daring Undercover Rescue of the Lost Jewish Tribe, by author Gad Shimron. The book tells the story of a rescue operation undertaken by the Israeli intelligence agency Mossad in the early 1980s. For hundreds of years, a community of Jewish people known as Beta Israel lived in Ethiopia. But when the Ethiopian Civil War broke out in the mid-1970s, this minority was caught in the crossfire. Thousands of Ethiopian Jews fled their home country for their northwestern neighbor, Sudan. From there, the plan was to make it across the Red Sea to Israel thanks to the Middle Eastern nation's Law of Return that allows foreign-born Jews to move to Israel and gain citizenship. There was just one problem with the plan, however: Sudan was a sworn enemy of Israel, meaning there was no way they would grant the Ethiopian Jews passage to their ancestral homeland. That's where the Red Sea Diving Resort comes in.

In the movie, Chris Evans leads a team of international agents who come up with an unusual way of extraditing the Jewish refugees out of Sudan. They will purchase an abandoned resort on the coast of the Sudanese Red Sea and reopen it as a legitimate business that gives diving tours to tourists, with the idea being that this will keep the government off their backs. At the same time, they will covertly rescue Ethiopian Jews who have been hiding out in Sudanese refugee camps and smuggle them onto their ships for passage to Israel. As outlandish as all that sounds, it's something that really happened.

Shimron, the author of the book on which the film is based, is a former Mossad agent, and he took part in the rescue plot known as Operation Brothers. Mossad, posing as Swiss developers interested in reviving the tourism industry in Sudan, purchased an abandoned Italian resort on the Red Sea called Arous on the Red Sea. They were able to operate the resort, along with the trucks and boats necessary for smuggling refugees, without drawing the ire of hostile Sudanese authorities. The scheme proved successful in transporting a great number of Ethiopian refugees to Israel, and it remains one of the most astounding and creative large scale rescue missions ever conceived.

The Red Sea Diving Resort tells a true story that's so outrageous it seems like it must be made up, which will surely entice the Academy come Oscar time.