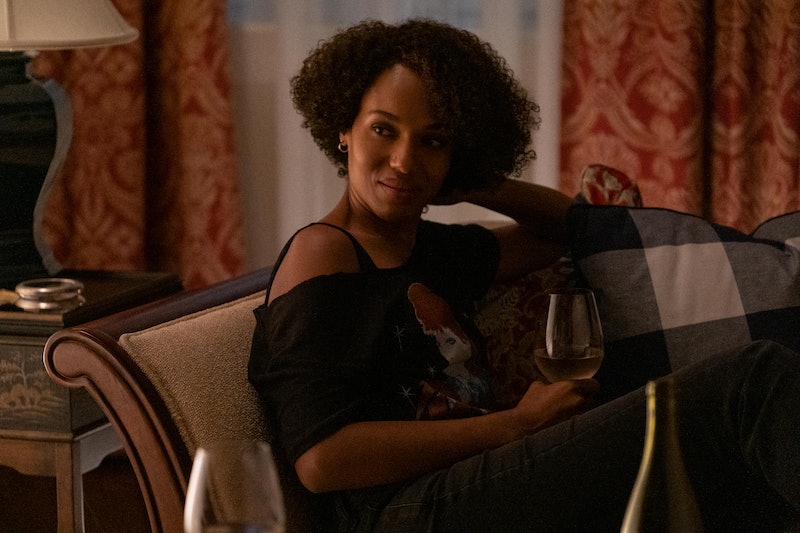 If you're in need of plans for the evening of March 18 while you're social distancing, Kerry Washington and Reese Witherspoon are live tweeting the first episode of Little Fires Everywhere. The Hulu series based on Celeste Ng's book of the same name dropped on Tuesday, March 17, a day earlier than its scheduled release. And fans can currently stream the first three episodes of Little Fires Everywhere, not just the premiere.

The surprise release was more than welcome, especially with the scary time our world is currently facing with COVID-19. And now fans can continue to distract themselves by live tweeting right alongside Washington and Witherspoon. Their Twitter session will begin on March 18 at 6 p.m. PST. Other members of the cast are also joining the fun, including Lexi Underwood, as well as series writer and producer, Attica Locke, who tweeted, "Live-tweeting sh*t is my favorite thing ever."

In response to Locke, Jodie Turner-Smith tweeted her excitement. The actor, who is currently expecting a baby with Little Fires Everywhere star Joshua Jackson, has already watched the premiere with her husband, but she pledged to join in on the fun. "DON’T THREATEN ME WITH A GOOD TIME!!!! are we gonna turn this into a drinking game too?," she tweeted. (Don't worry, the actor promised to only do shots of juice.)

Washington and Witherspoon are also asking fans to create a name for the new fandom, just like Scandal live tweeted with the Gladiators, so must Little Fires Everywhere live tweet with their own hive of fans. So far, the top choice seems to "Embers," which Witherspoon gave a retweet of approval.

All you have to do is follow both actors, press play at 6pm PT, and use the hashtag to participate. And the bar for live-tweeting is very high. Washington really wants everyone to join and make the most of the mini-event, including making memes, GIFs, and, of course, asking the stars whatever questions they see fit. In other words, the Little Fires Everywhere live tweet session definitely sounds like the perfect way to get lit while staying in your own home.