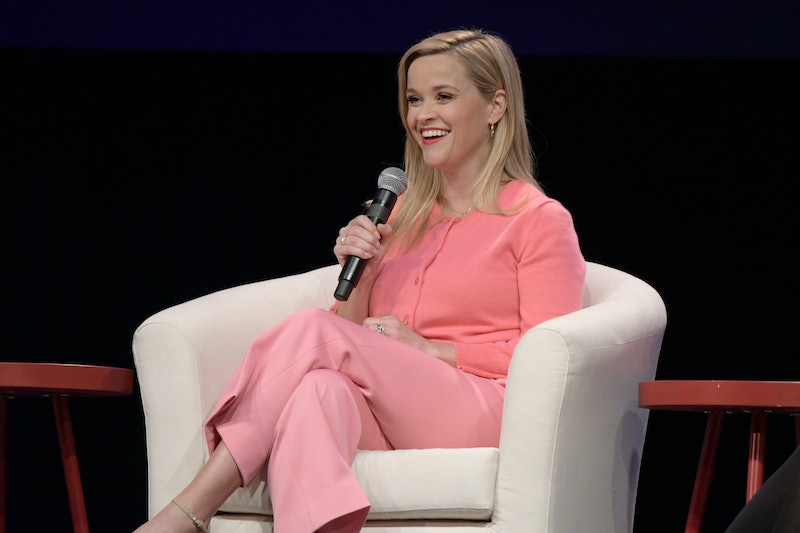 Since its creation in June 2017, Reese Witherspoon's book club has undoubtedly became one of the most influential celebrity book clubs of all time. This October, Witherspoon is using that influence to ask you to examine how you negotiate emotional labor in your household, with her latest selection for Reese's Book Club x Hello Sunshine, the nonfiction book, Fair Play: A Game-Changing Solution for When You Have Too Much to Do (and More Life to Live) by Eve Rodsky.

Fair Play, out now, is a deep dive into the issue of unpaid, invisible labor in the home — labor that is often relegated to women by default. Rodsky, an organizational management specialist, surveyed more than 500 couples across the United States to figure out what that invisible work actually entails and how to get it done effectively — in a way that makes relationships even stronger and allows space and time for both partners to do the things they want, which Rodsky calls "unicorn time." In the book, Rodsky identifies the 100 main tasks of any domestic partnership, and shares how to divide those tasks fairly (but, interestingly, not necessarily "equally") so that both parties contribute their share.

It seems like a perfect book club selection for Witherspoon, who is perfectly poised to take Rodsky's message to the next level.

In a first for Hello Sunshine, the company is a venture partner with Rodsky on the book. Basically, Rodsky sold the book to G.P. Putnam’s Sons (an imprint of Penguin Random House) with Hello Sunshine, and will share all future profits with the company. According to an article in Fast Company, executives at Hello Sunshine are "betting that Rodsky is the new Marie Kondo," and are using their already robust digital presence to "bring the book into the cultural conversation" through video, social media, podcasts, and live events.

This expansive new model makes perfect sense for Witherspoon, who has not only emerged as one of the most influential literary tastemakers of the modern era (the bestselling book of 2019 so far is Where the Crawdads Sing, another Hello Sunshine pick), but is also a powerful Hollywood actress and producer who has no less than 12 book-related projects in the works — including the upcoming Hulu adaptation of Celeste Ng's Little Fires Everywhere. With Witherspoon's stamp of approval, it seems inevitable that Fair Play will lead to conversations about invisible, unpaid labor. Hopefully, those conversations lead to a broader understanding of domestic work, and the people who perform it.

You can now order Fair Play by Eve Rodsky.