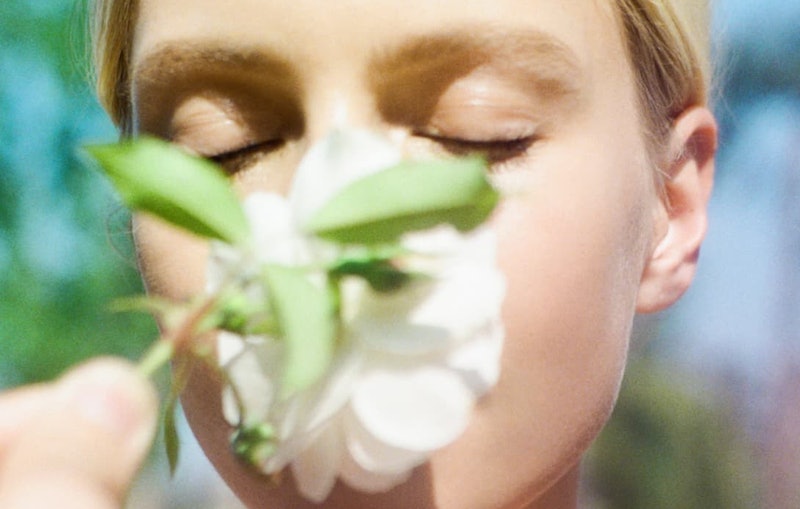 Fashion is helping the world move onto green energy, and Reformation is taking charge. Reformation's new climate campaign — Carbon is Canceled — is made in an effort to fight climate change. The idea came from personal experience, where the brand has been carbon neutral since 2015 — and it was one of the easiest things they have done to be sustainable. Inspired by how simple it was to make such a major change to their business, Reformation became motivated to introduce a slew of new programs over a series of months to make it easier for their customers to reduce their own carbon footprint.

One such program is to award customers who have switched to wind and solar energy with $100 credit at their store. "Yes, it’s a bribe and no, wind energy doesn’t cost more," the release reads, being frank about their new initiative. But how, exactly, do you move from electricity to wind? The idea might sound daunting, but the clothing brand has made the process painless and easy.

Reformation has teamed up with Arcadia Power to help you switch your current electric bill to clean energy, which is the first nationwide digital utility system. It's free to sign up and it's free to switch your electric bill into a clean energy bill. In order to understand how Arcadia Power works, you have to first understand where your current electricity comes from. We get our energy from a lot of different places, from coal, solar, solar, wind, nuclear, hydroelectric, and so on. Once electricity gets made, it gets sent to the national power grid, which then runs the power to your place via power lines. Arcadia Power will make sure that the source of 50 percent of your particular energy will be from wind farms and solar panels.

The cool thing about Arcadia is that there are no commitments, no contracts, and that you can cancel at any time. All you have to do is sign up with them, and Reformation will send you and a e-gift card via email as a thank you for trying to be more sustainable.

But do you want to go even further and have your energy come from 100 percent renewable sources? You will have to pay for that one, where your bill will be $10/mo. to go with 100 percent percent wind power — which isn't all that high of a bill to pay.

The second initiative is to help you purchase carbon offsets. "We all emit greenhouse gases just by existing, whether it’s running the AC or driving a car or leaving five things plugged into a surge strip all day. Good news: you can now redeem yourself by purchasing climate credits (aka carbon offsets) on our site through Native Energy," the release reads.

NativeEnergyis the leading carbon offset provider for both people and businesses, where they help invest your money in new projects that reduce greenhouse gas pollution. Through Reformation, you can either buy individual or family climate credits, that will cover either six months or a year.

"Even if you take every energy-saving step, if you are a 21st-century human, you will leave a carbon footprint. Using carbon offsets, you can counteract the greenhouse gas emissions that you cannot avoid causing," NativeEnergy's site reads. As a way to counterbalance your footprint, your money will go directly to a community-based project that needs funding and that will reduce carbon emissions. That way, you balance out your own footprint by investing in the solution that will help nix it.

If you want to help fight global warming and take care of the environment — all while getting a small reward from one of your favorite clothing brands — then "Carbon is Cancelled" is right up your alley.