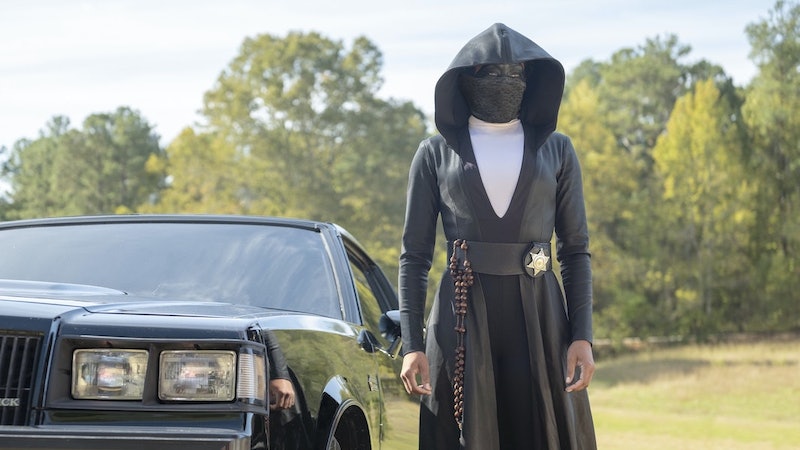 Like many people in the U.S., Damon Lindelof didn't learn about the horrors inflicted upon Black Wall Street in school — and that’s probably why Watchmen opened with the Tulsa race massacre, according to Regina King. In conversation with Reese Witherspoon for Variety’s Actors on Actors series published on June 23, King reflected on the 2019 HBO series set in Tulsa, Oklahoma that opened with the 1921 Tulsa race massacre: through May 31 and June 1, 1921, a mob of white residents attacked and murdered Black citizens and businesses in the Greenwood District of Tulsa, also known as Black Wall Street, one of the most prosperous Black communities at the time.

For some viewers, Watchmen’s pilot served as a crash course on the massacre and all things Bass Reeves, the first Black deputy U.S. marshal west of the Mississippi River. Lindelof, too, stumbled upon these stories later in his life — and King contends it’s why he opted to explore them in the first place. “One of the things about Watchmen that blew me open when I read the pilot was all of these historical things that actually happened that are within the story,” King mused to Witherspoon. “Then the pilot airs, and how many people had never heard of Bass Reeves? And when I see so many people not knowing, of all races, of all ages.”

She continued, “But we have this revisionist history in our country that some people just refuse to acknowledge is revisionist history.” King added of Lindelof, “A lot of this story came from his discovery of the Tulsa massacre from reading ‘The Case for Reparations’… And he was embarrassed that he didn’t know." Embarrassed though he might have been, he then turned around and started a massive conversation about Tulsa's history when Watchmen aired this year. "And through our mini-conversations, I was like, ‘You shouldn’t be embarrassed, but what you’ve done with your discovery is quite powerful and part of what is the point of the human beings’ plight on Earth,'” King said.

King sees the silver lining, suggesting that if Lindelof had learned about the massacre in school, he “probably wouldn’t have written about it today.” She added, “But having that discovery today, and it blowing him back, he was able to give a lot of people history lessons.”

While the Actors on Actors series was filmed prior to the nationwide Black Lives Matter protests, Watchmen remains especially relevant today amid the civil unrest and discourse of police brutality. In an interview with ET Canada on June 18, King addressed the parallels between Watchmen and the current racial movement. She said, “I feel kind of honored to have been able to be a part of storytelling that was entertaining, but also holds up a mirror to what’s going on.”