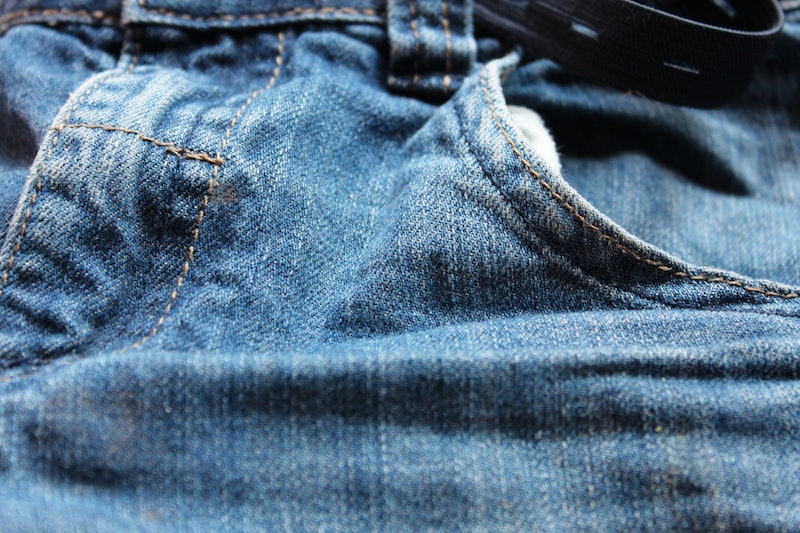 A new report by labor rights group Worker Rights Consortium has surfaced describing the alleged sexual harassment and violence women workers producing Levi’s, Lee, and Wrangler Jeans faced at factories in Lesotho. The report explains that some of the women workers were allegedly pressured into sexual interactions with their managers in order to keep their jobs.

According to CBS News, Worker Rights Consortium (WRC) published a report on Aug. 15 for which the group had interviewed over 140 women from Maseru, Lesotho — a kingdom surrounded by South Africa —working for three of Nien Hsing Textile factories. Women from the sewing, cutting quality control, ironing, packing, washing, and hand-sanding departments were interviewed over the course of two years. In the investigation, which took place from 2017 to 2019 after sources reported the behavior at the factories, the group alleges that women workers were sexually coerced and abused in three different factories that produce Levi’s, Lee, and Wrangler products.

Bustle has reached out to Levi's, Lee, and Wrangler Jeans for additional comment.

“The gender-based violence and harassment identified at these facilities violated workers’ rights under Lesotho’s labor laws, international standards, and the codes of conduct of the brands whose products these employees produce,” the report states.

Further explained in the report are details involving managers and supervisors allegedly withholding contracts and implying that having sexual relationships could lead to better working conditions for the women at the factories. Additionally, it is reported that managers and co-workers would partake in the abusive behavior while higher management allegedly took no steps to discipline the inappropriate actions.

The interviews quoted in the report say that Nien Hsing managers "concealed their actual conditions and treatment from brand auditors" by pressuring employees to lie.

One of the employees said, "The people that buy the product of the company were on the site and we were threatened that if some tell the truth of what really happens on site, it might jeopardize their jobs.”

The report claims that managers and supervisors prevented those who were being harassed from unionizing or reporting any illicit activity.

“The WRC found that Nien Hsing, in violation of Lesotho’s laws, international standards, and buyer codes, denied employees the right to be represented by their chosen union; attempted to interfere with internal union matters; unilaterally terminated a memorandum of understanding with one of the unions representing workers at the factories; and engaged in acts of discrimination and retaliation against employees for exercising their associational rights,” states the report.

The brands involved were aware of the report much before its release. The report, in fact, details steps already being taken by the brands to curb the alleged gender based violence. Rather than cutting ties and potentially affecting factory workers' employment statuses, the report explains that the brands involved and Nien Hsing's CEO are working to reform the working environments for women.

Levi Strauss & Co’s vice president of sustainability Michael Kobori also told The Guardian that, after receiving the WRC report, “We required Nien Hsing to immediately take a series of actions to address the allegations, including making changes in staffing and management at the facilities named in the report.”

The brands and Nien Hsing have signed off on an agreement to allow an independent entity to receive worker complaints to prevent gender-based violence and harassment in the future.