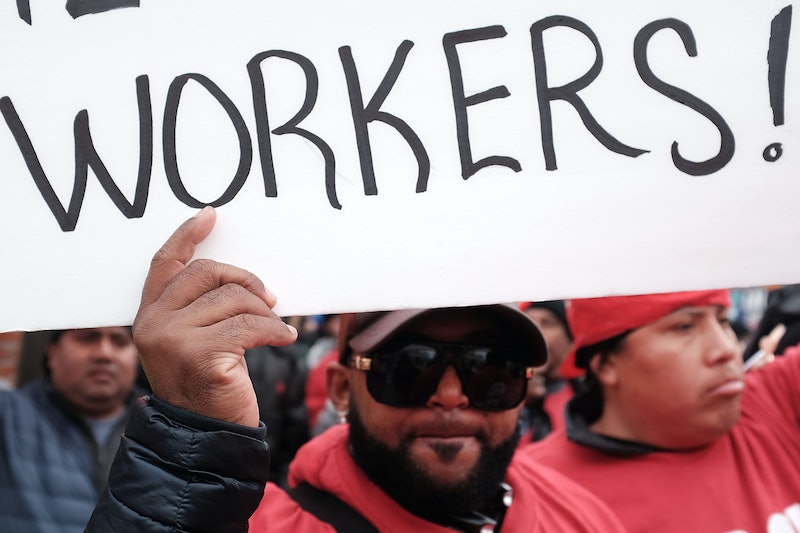 Hourly employees have been paid an elevated rate for overtime work since 1938. But House Republicans want to loosen overtime protections for workers — they're putting together legislation aimed at changing existing laws, offering workers the option of trading extra pay for extra time off. Dubbed the "Working Families Flexibility Act," Republicans are selling this idea as a way of empowering employees who want to spend more time away from work rather than getting extra money for more work. But labor advocates are concerned that this will open the door for employers to coerce workers into putting in extra hours, and leave many in the difficult position of being forced to ask for money that is rightfully theirs.

The Fair Labor Standards Act of 1938 outlawed child labor, and guaranteed a baseline minimum wage, as well as stipulated 40-hours as the recognized "work week." Any hours over that were to be paid at 1.5 times the regular rate (commonly known as "time-and-a-half"). This incentivized employers not to overwork their employees, and compensated workers for the time burden of 40-plus hours on the job. But the Republicans' new legislation could change that, effectively altering the standard work week.

Republicans have tried to loosen the law in the past, but on Tuesday, their legislation passed the House on a vote of 229 - 127. The bill now heads to the Senate, which will be a harder victory since at least eight Democrats will need to sign on in order for it to pass.

Supporters point out that plenty of workers would prefer time at home, with their children, partner, parents, friends, or simply alone. They also argue that the bill gives employees the option of foregoing time-and-a-half, if they'd prefer to use that as time off instead. Choosing to keep the extra money is up to employees themselves.

But opponents aren't so sure it's that straightforward. Democrats, who are mostly against the legislation, point out that employers control when that earned comp time can be used. Sen. Elizabeth Warren used especially harsh language in a tweet, saying the bill would allow "employers to cheat workers" and calling the idea a "disgrace."

It doesn't seem overly probable that the bill will make it through the Senate. Republicans have passed similar legislation from the lower chamber multiple times, only to see it blocked by the 60-vote threshold in the Senate. The most recent failed attempt occurred in 2013, just four years ago. And despite the Republican-controlled Senate of today, their majority is still too small to guarantee passage.