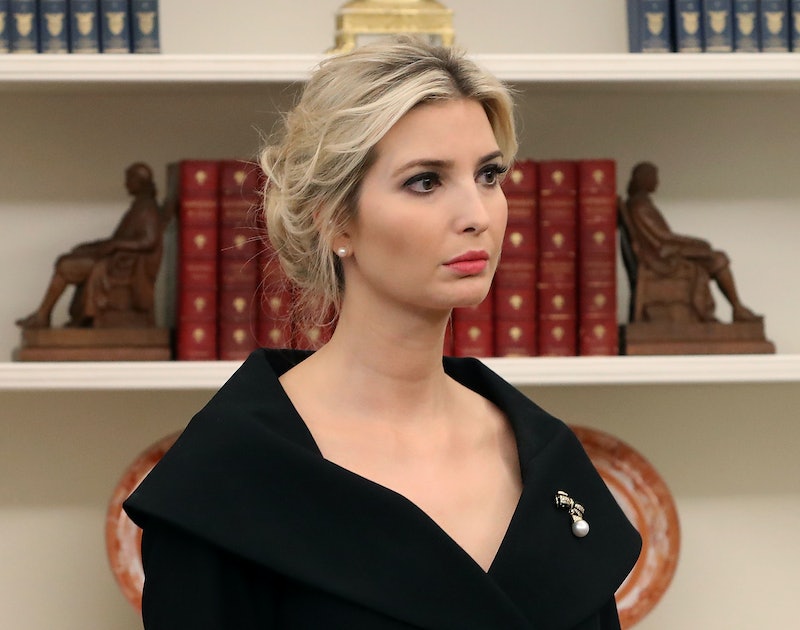 It was reported earlier in the week that President Trump's eldest daughter, much like Hillary Clinton, used a personal email account to conduct official government business. Democrats quickly said they'd investigate the issue once they assume control of Congress in January, but they may not have to wait — because Republicans' response to Ivanka Trump's email controversy has mirrored that of Democrats, and this doesn't bode well for her.

According to the Washington Post, Ivanka sent hundreds of emails about government business in 2017 using a personal email account that she and her husband Jared Kushner control, and violated federal rules in the process. When asked about this, a spokesperson for Ivanka's attorney said that the first daughter and senior presidential adviser didn't know the rules when she sent the emails.

Democrats quickly announced that, once they take control of the House of Representatives, they'll investigate Ivanka for this. That wasn't entirely unexpected, given the aggressive stance Democrats have been taking toward the Trump administration. Perhaps more surprising is the fact that two Republican committee chairs — Rep. Trent Gowdy and Sen. Ron Johnson — have both demanded that the White House explain why exactly Ivanka used a personal email account to conduct government business.

"Today, it was disclosed that Assistant to the President Ivanka Trump used a personal email account to communicate about official White House business," Gowdy wrote in a letter to White House Chief John Kelly. "Ms. Trump's use of a personal email account for official communications may implicate the Presidential Records Act and other security and recordkeeping requirements."

Gowdy requested that, by Dec. 5, the White House provide detailed information about Ivanka's email use, including the number of government emails she sent from her and Kushner's personal account, the nature of those emails, and whether they contained any classified information.

The president has already claimed that his daughter's emails didn't include any classified information, and referred to reports about them as "fake news" — although he didn't deny the substance of those reports.

Ivanka drew substantial criticism when news broke of her email use, in large part because Donald regularly attacked Clinton during the 2016 campaign for doing the same thing. Elizabeth Spiers of the Post wrote that Ivanka "thinks the rules that applied to Clinton don’t apply to her," while the New Yorker's John Cassidy presented her actions as evidence of "the hypocrisy, arrogance, and hubris of a family that has sought to turn the Presidency into another Trump franchise." Even Anthony Scaramucci, the outspoken Trump supporter who briefly served as White House Communications Director, said that Ivanka's email use was "hypocritical."

"Even Ivanka, if she were interviewed about it, would have to say it's a mistake," Scaramucci told CNN.