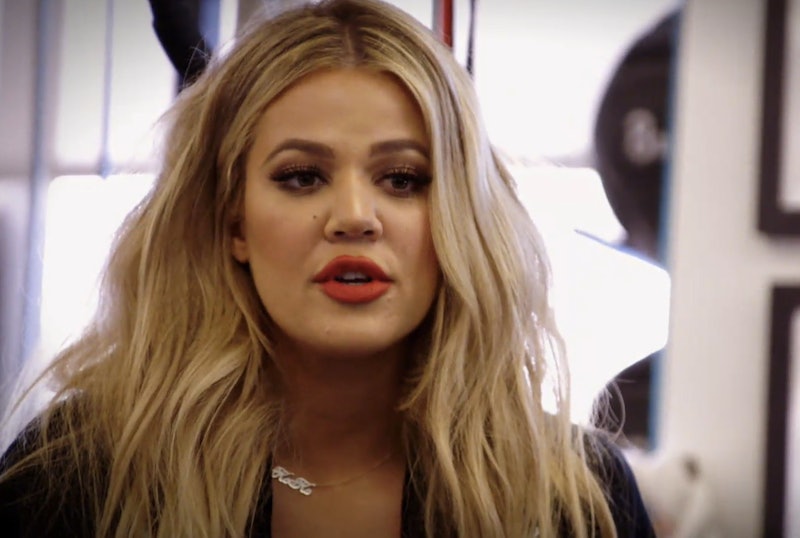 Everything the Kardashians do is subject to intense scrutiny. The latest TV series from America's first family, Revenge Body With Khloé Kardashian, has drawn a lot of criticism, despite only airing one episode so far. Khloé Kardashian has dealt with more misfortune than most in her life. From her highly publicized divorce from Lamar Odom, to near constant and often unflattering comparisons to her siblings, Kardashian has shown that she's made of steel by surviving and thriving in the media spotlight. So, is it possible that her new show Revenge Body spreads a positive message, or are its multiple critics right?

It's impossible for a series called Revenge Body to not contain some semblance of negativity, but the show is about much more than that. While the body-shaming and apparent self-hatred held by some of the contestants doesn't always feel healthy, there's a productive message at the show's core. Instead of demanding an unrealistic diet, or an exercise regimen that's impossible to keep up, Kardashian asks that contestants commit to living a new life and focusing on their futures. The 12-week Revenge Body program is bespoke for each contestant. The reason I believe that Revenge Body is actually a show fueled by positivity is that it's a totally relatable concept. At some point in their lives, everybody reaches their own version of rock bottom, and that's the perfect time for transformation.

While I agree that the show's focus on losing weight is galling at times, Kardashian reminds the contestants that some weeks they'll see no loss, as they build up muscle. Sure, losing weight because a friend called you "fat" and you want revenge on them isn't the greatest motivator, and it shouldn't be. Instead it's how you handle that hardship that counts, and whether or not you choose to turn the worst moment of your life into the best.

Critics have taken aim at Kardashian's initial question to contestants, when she asks, "Who do you want to get revenge on?" However, I'd argue that her phrasing is straight out of the slightly overenthusiastic Kardashian dictionary, and doesn't mean "revenge" in the classic sense of the word. As the first episode progressed, it became clear that the contestant journeys are about so much more than getting back at an ex-partner or friend. Both Stephanie and Will quickly realized that they were being given a unique opportunity to change their futures, and past hurts no longer needed to matter.

Celebrity trainer Gunnar Peterson's outlook on the Revenge Body process was one of the most enlightening in the episode. While training Will, whose boyfriend had left him for another man, Peterson was insistent that the past was left in the past. When Will revealed that his ex moving out was his motivation for training, Peterson said, "Good riddance." When Will later revealed that his ex Kyle had started seeing someone else, Peterson expressed disinterest, and jokingly repeated the words, "Kyle who?" To really hit the message home, Peterson said, "I need you to get that this is for you."

The trainer's constant encouragement, and refusal to be drawn into relationship drama, is core to the positive message contained in Revenge Body. A bad relationship or friendship or familial drama might be the reason a person goes on the show in the first place, but any actual change comes down to the individual.

Contestant Stephanie's journey similarly resulted in her realizing that she didn't really need to get revenge on anyone. Her negative self-image needed to change, and getting active helped her to achieve that. Sure, weight loss was important to Stephanie, too, but her attitude to her own self-worth was integral to any change that took place.

Ultimately, Kardashian's Revenge Body is about more than weight loss or getting revenge. It's about making healthy and sustainable changes. Is the series often focussed on vanity? Totally. Khloé is a Kardashian after all. But, as always, Kardashian's message is about finding a new way forward when everything seems lost, and most of us can relate to that.