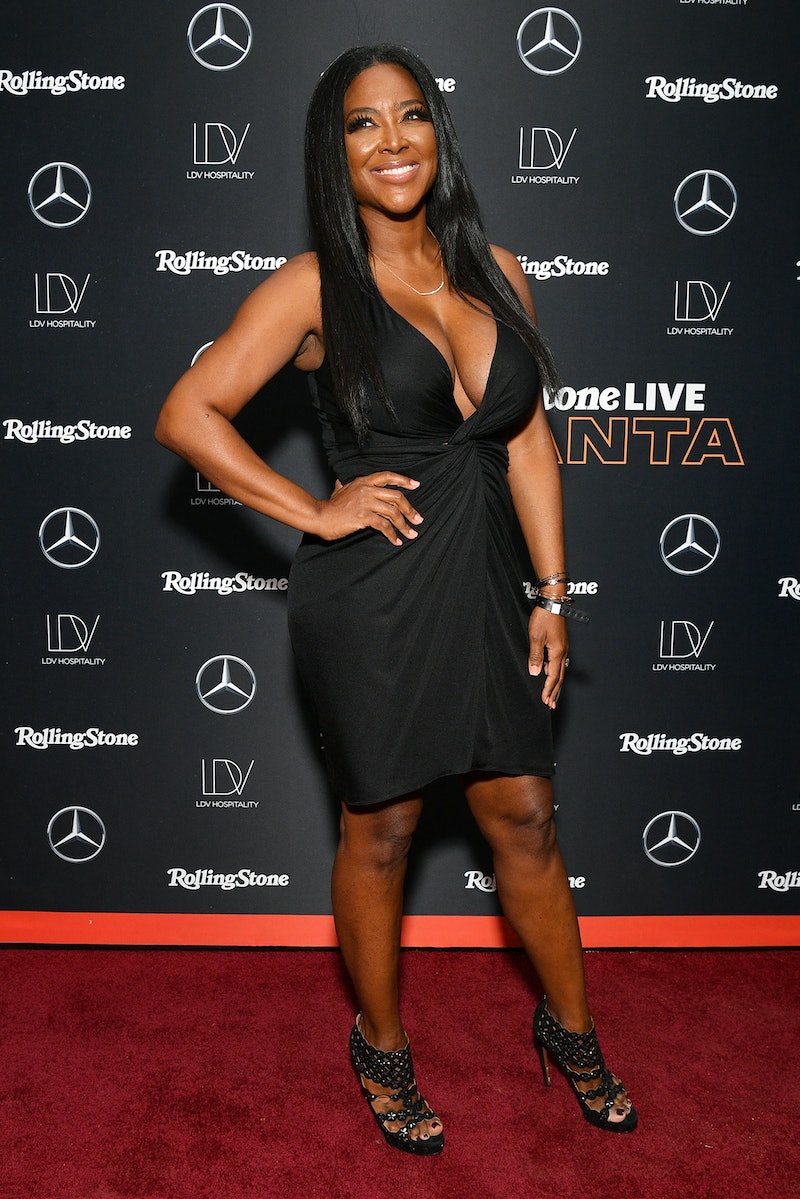 The Real Housewives of Atlanta is about to get a little more "Gone With the Wind fabulous" once again. According to People, Kenya Moore is returning to RHOA for Season 12. The magazine revealed the news via unnamed sources, and multiple outlets also later confirmed the report. (Bustle reached out to Bravo for comment, but did not receive an immediate response.)

Now that the former Miss USA has reportedly reclaimed her peach, it will come as no surprise to fans that she is already making a splash. “Kenya isn’t wasting time reminding everyone why she’s reality TV gold,” one insider revealed to People. As a second source teased to the magazine, "It's going to be a great season."

Although Bravo has yet to release any casting news, RHOA alums NeNe Leakes, Kandi Burruss, and Cynthia Bailey have all publicly confirmed they’re returning to the show, the magazine noted.

Kenya first joined the Bravo reality series for Season 5 in 2012, before departing following Season 10. Last year, People reported that Kenya's messy Season 11 contract negotiations stalled due to demands from both the reality star, who reportedly demanded a higher paycheck, and production, who asked that she film parts of her life that had previously been off limits. Among those private moments was personal time with husband Marc Daly, per People's insider.

In fact, the Kenya that fans saw in her final season as a full-time housewife was a stark contrast from the outspoken newcomer who had became famous for stirring up drama. When Kenya and Marc secretly eloped in 2017, they even kept Bravo in the dark — and Marc only appeared on RHOA once in Season 10. She also kept her fertility treatments off of the show and did not participate in a cast trip to Barcelona.

“Everyone wanted to have Kenya back, but they wanted to have the old Kenya back — the one who isn’t afraid of the cameras,” a production source told People at the time. “You can’t have secrets and be on reality TV. Especially when other Housewives are showing all of their lives — the good, bad, and the ugly. They need to see your life.”

Now a mom to 8-month-old daughter Brooklyn, Kenya did make a RHOA Season 11 cameo as a friend — but looks at not returning in a full-time role as a blessing. After all, she's revealed she suffered from pregnancy complications, including preeclampsia, per Entertainment Tonight. After welcoming Brooklyn, Kenya also said she thought she died while giving birth due to excessive bleeding. Taking all of that into consideration, her TV break was much needed.

“I was disappointed [not to be on the show again],” she told People. “It broke my heart but with all the stress, I don’t know how I could have done it. ... I’m hopeful that door isn’t closed for the future. I think fans want to see this next chapter, and I’m ready to show them.”

Now that it seems she'll be twirling back into the role of full-time housewife, viewers will assuredly be tuning in to see what fabulousness — and drama — she brings to RHOA Season 12.