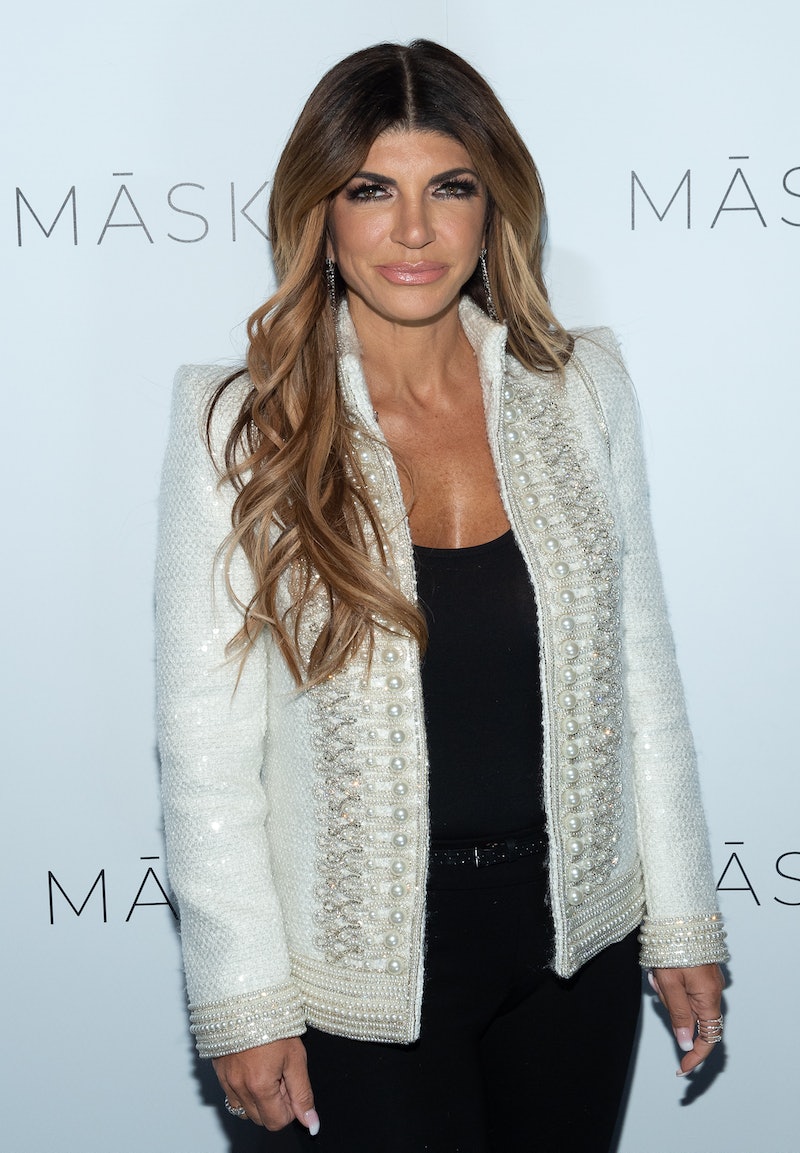 As a mom to four daughters, Teresa Giudice had a lot to celebrate on Mother's Day. Nevertheless, it was a tough day for the Real Housewives of New Jersey OG. On Instagram, Teresa posted about missing her late mom on Mother's Day.

Teresa admitted to her followers on Sunday, "Today I struggle as I don’t get to spend Mother’s Day with my wonderful mom, I miss her every single day & know she’s protecting me, my guardian angel." Her mother Antonia Gorga passed away in March 2017. She continued,

"I wish I got just one more day. I’m so lucky to have learned from her & so grateful for my four gorgeous girls who I have the pleasure of hearing them call me ‘mommy.'"

The New Jersey Housewife has been very vocal about her grief throughout the last couple of years. During a June 2017 appearance on the Brandi Glanville Unfiltered podcast, Teresa said, "I miss her so much, and it’s just the hardest thing. Life’s good, and life sucks. I needed my mom still. She was 66."

In October 2017, Teresa discussed her mother's passing and her previous prison stint. As fans may recall, Teresa was released from prison in December 2015 after serving time for tax fraud. She told Entertainment Tonight, "I feel like I lost out, those 11-and-a-half months that I was in prison, you know, [spending time with] my mom."

Teresa also said, "I could've been with my mom those 11-and-a-half months." The RHONJ star even declared, "I would go away 20 more times than, you know, not to lose my mom." She also admitted,

"I still feel like it's not real. Like, I was just in London and as soon as I got there, matter of fact — as soon I as landed in L.A. I dialed my mom's number. So, I feel like it's still not real to me."

Even though she can't talk to her mom on the phone these days, she has found other ways to keep her memory alive. In September 2018, Teresa posted a photo of her parents as a tribute to her mom. She wrote, "missing my mom so much today. Know she’s watching my family & I & protecting us. I just miss her so much."

Teresa has been putting the "real" in Real Housewives of New Jersey since the show's first season. Even through her struggles with her mother's passing, she has been extremely open about her feelings. Undoubtedly, family events, like Mother's Day, bring difficult moments, which is something Teresa continues to be very honest about.