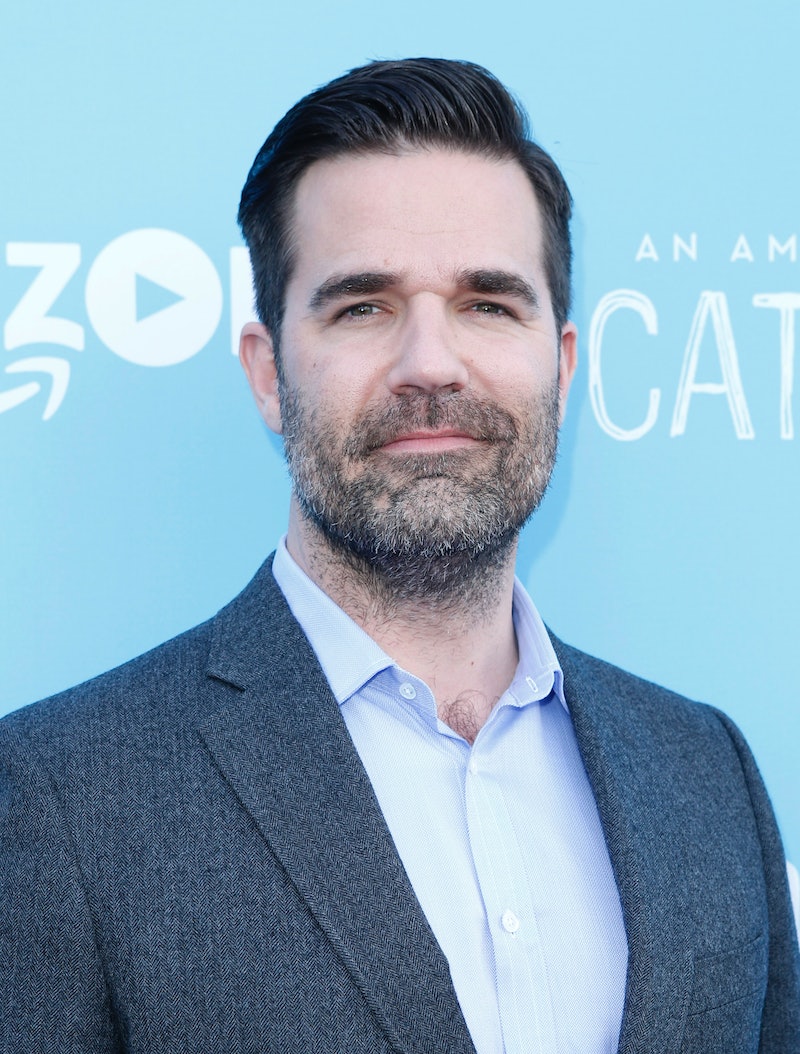 Comedian and Catastrophe actor Rob Delaney has had a year that included one of the worst tragedies that can befall a parent: the death of his young son. Still, amid the grief, he and his wife, Leah, have also found moments of joy this year. Rob Delaney and his wife welcomed their fourth son in August, he revealed to The Sunday Times in an interview published on Dec. 30.

"Having another child in no way, shape or form eases the grief of Henry dying," Delaney told the Times, according to People. "But also having Henry dying doesn't make our new son any less magical."

It's clear from Delaney's new statements that having a newborn at home doesn't take away the grief that comes with the loss of his young son. But the comedian also made it clear that he and his wife are overjoyed about their baby, too. He's not a replacement for the child they lost, but he's still a beautiful addition to their family.

In a tweet on Saturday, Dec. 29, Delaney also shared what helped him as others' attempted to console his family in their time of grief. The tweet was prompted by a fan who asked what long-distance friends and family members could do to support loved ones who'd suffered a loss.

"I have very sad news. My two and a half year year old son Henry has passed away. Henry had been diagnosed with a brain tumor in 2016, shortly after his first birthday, following persistent vomiting and weight loss. He had surgery to remove the tumor and further treatment through the early part of 2017. Then the cancer returned last autumn and he died in January."

Delaney shared that his wife was pregnant in a tweet about healthcare in June. The family lives in England, and his tweet was about the U.K.'s National Health Service.

Last week, Delaney also shared a Twitter thread about his family celebrating their first Christmas without Henry. "Our first Christmas without Henry came & went. The day itself was okay, maybe because there were so many horrible, painful days leading up to it; we must have hit our quota or something," he wrote on Twitter. "We talked about him a lot & included his memory throughout the day."

In his followup tweets, the comedian explained that he's been open about his family's grief in the hopes of helping other parents. "I just want other bereaved parents & siblings to feel seen/heard/respected/loved," he tweeted. "And maybe they might help someone not schooled in grief support a friend better."

The Delaneys have gone through more in a year than many people do in their entire lives. And the loss of their son has brought grief that's unimaginable for many of us. But based on the comedian's new statements to the Times about his fourth son, it sounds like he and his wife are doing their best to find happiness amidst the darkness, while still acknowledging their grief, too.