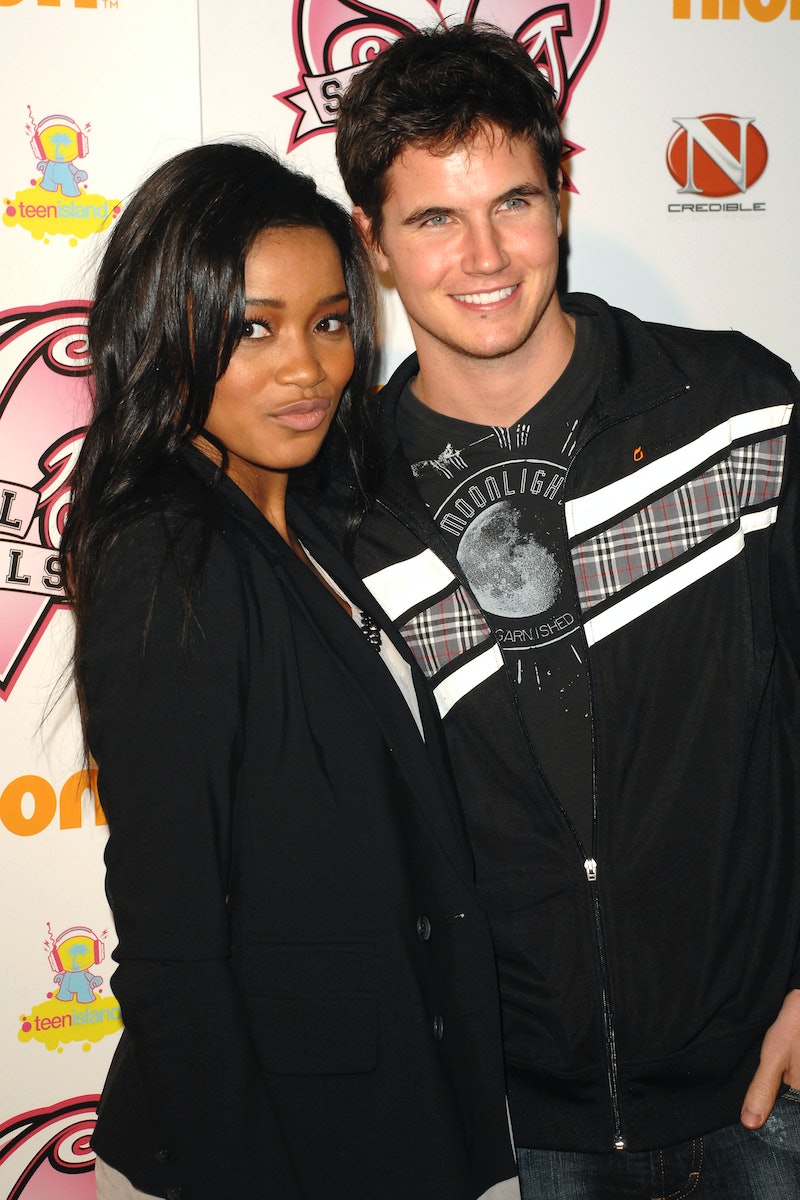 Paging Nickelodeon: True Jackson, VP stans are calling. Robbie Amell said he wants a True Jackson, VP reboot to happen. And he's not the only one. True Jackson herself, Keke Palmer, posted a TikTok earlier this month teasing fans with the potential for a reboot. In the video, Palmer danced to the show's theme song, which she then shared on Twitter with the caption, "Congrats! Another reboot! Y'all made this happen."

It seems that Palmer was joking about a reboot being in the works at Nickelodeon — Bustle reached out to reps for Palmer, but did not receive a response — but that doesn't mean she and her costars aren't into the idea of bringing True Jackson, VP back for real. Amell, who played True's love interest Jimmy Madigan, recently told Entertainment Tonight that he loves the idea. "I was learning about it as people online were learning about it," Amell said of Palmer's reboot video. "And then me and Keke and Ashley [Argota] and Matt [Shively] were all kind of texting back and forth, like, 'This would be really fun. This would be awesome.' So I don't know if there's any real truth to it right now." Despite there being no set plans, Amell said he's ready for a reboot or reunion wherever, whenever, adding, "But I would definitely jump back in. I love that show and, you know, it was one of my first real jobs in L.A."

Amell didn't stop there. Not only would he do a reboot, he also has ideas about what could happen next for an adult Jimmy and True.

The Upload actor pointed out that Jimmy and True's romance was left unresolved on the show, so he would want any potential reboot to see them forming a real romantic relationship. "I feel like you either go one of two ways, either [Jimmy and True are] still together or they find each other again in the show, which I think either one would kind of be interesting and cool," he said. "But I think there has to be that romance there still because it wasn’t over on the show."

As for where Jimmy is, Amell doesn't have high hopes for his character. He noted that Jimmy was "a little bit of a mess," but he was also totally the type of guy who would "accidentally win the lottery."

For now, all the actors can do is daydream about Jimmy and True's future. But given how excited fans were by Palmer's TikTok, there could be hope that True Jackson, VP will join other popular shows like Full House and That's So Raven in getting the reboot treatment. Just in case Nickelodeon gets any ideas, it's good to know that Amell is already on board.