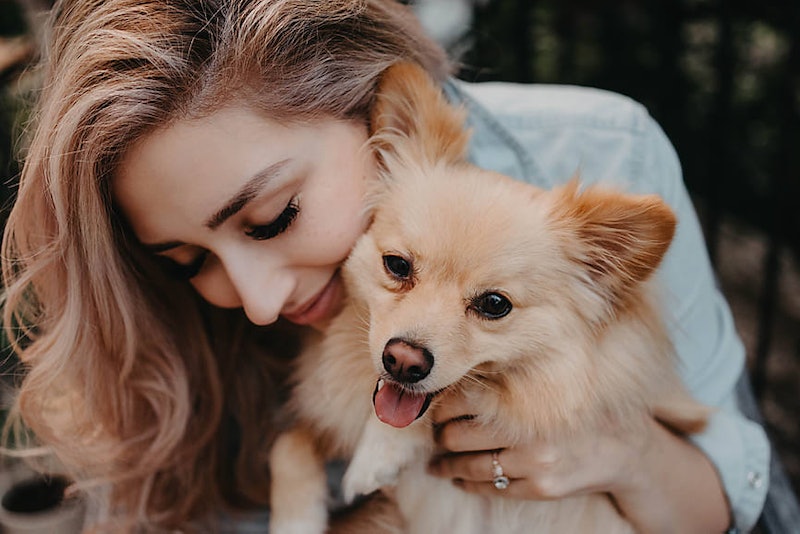 Animals are just the ticket in a world filled with angry people not treating each other very well. The only thing worse than treating each other badly is mistreating animals. Luckily, owing to the hard work and dedication of a few people, some animals get a second chance to reach their full potential. When I say full potential I don't just mean regaining full health and being re-homed. No, I mean changing the lives of the people and animals around them.

The RSPCA's annual honours ceremony is an opportunity to celebrate not only their rescue and recovery — but what they have gone on to, as well as the young volunteers and vets who have given them a paw up along the way. One can only assume there was not a dry eye in the house at the event, held at 195 Piccadilly: the home of BAFTA.

The ceremony was hosted by British comedian John Bishop and attended by a whole host of famous RSPCA supporters, including Evanna Lynch, Eyal Booker, Dougie Porter, and Kate Lawler.

Fourteen awards were given out on the night, which for Bishop was an especially emotional experience.

"Myself and my wife Melanie are great animal lovers and have rescue animals including pigs and dogs at our home — they are just like part of the family to us. It was a really special evening at the RSPCA Honours and I'm privileged to have been able to host it. The stories I have heard have been so inspiring and it goes to show that animals really do bring out the best in people."

The Service Animal award was won by the adorable Staffie Romeo.

Not only has this little superstar saved over 38 dogs' (so far) lives via his blood donation, he is also a Pets As Therapy dog. He visits patients at the Lister Hospital's stroke ward to lift spirits. He also visits a care home where he brings all the love and joy in the world to everyone he meets. Which is enormously beneficial as a lot of the people there are immobile and don't get to see animals much at all.

An Amazing Animal Award was won by Assistance Dog Ethan.

Ethan has transformed the life of his owner Sally Whitney who has mobility issues and suffers from seizures. Whitney, from Brighton, has experienced life changing help from her cute AF dog. He helps her around the house, to get dressed, can fetch food from the fridge. Guys he can even use contactless cards. I mean come on. OK ready yourself for tears because it is about to get even more real. Whitney credits him with helping give her the confidence to get a research job and subsequently meet the man she has now married.

The Survivor Animal Award was given to the beautiful Elsa, a gorgeous pony who has been through a lot.

Elsa has shown a remarkable strength in her recovery. When she was discovered by an RSPCA inspector she described Elsa as having the worst injuries she had ever seen on a horse. She was found on a remote lane in Tyne & Wear with horrific wounds on the back of her legs, so deep that her muscles were exposed. She went on to make a remarkable recovery and is now doing well

A free veterinary service called StreetVet was also honoured for providing free accessible veterinary healthcare to pets belonging to the homeless community across the UK.

More like this
Lotus Biscoff Does A Biscuit-Chocolate Hybrid Now
By El Hunt
9 Unmissable Moments To Relive From The Commonwealth Games
By El Hunt
How This Founder Turned Her Antidote To Doomscrolling Into A Business
By Anna Scott
Scotland's First Period Dignity Officer Is... A Man?
By Darshita Goyal
Get The Very Best Of Bustle/UK