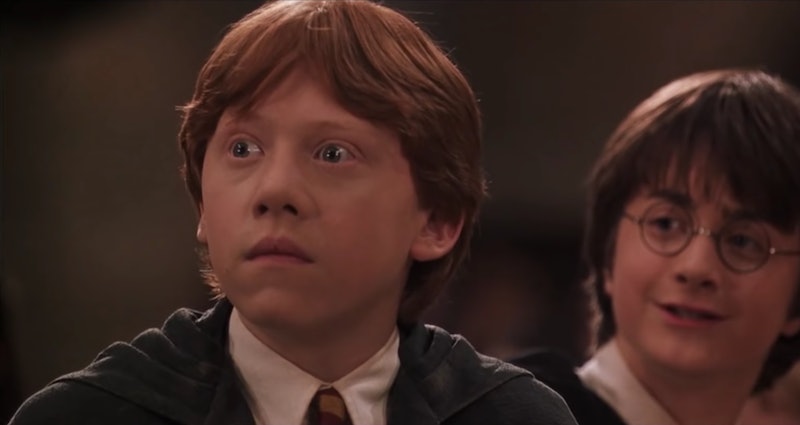 Three young actors got cast in one of the biggest movie franchises in history and as a result, their whole lives were changed. Rupert Grint, Emma Watson, and Daniel Radcliffe found themselves instantly identifiable with the characters of Ron, Hermione, and Harry. And the whole situation was so intense that Rupert Grint can't watch any Harry Potter films after The Prisoner Of Azkaban.

I know babes, I was devved about Sirius too. Well apparently that's not the reason he can't watch it, but the real reason is equally understandable, as he explained in a recent interview with The Radio Times. The gravity of how enormous the films were has certainly left a mark, with Grint saying that the last four instalments of the franchise were like a bit too fresh for him to cope with.

"I think those early ones are OK. More time has passed. I can detach myself a bit more from that kid. I did see Harry Potter and the Philosopher’s Stone not long ago, for the first time since the premiere, and I actually enjoyed looking back. But the more recent ones I definitely couldn’t do."

Not being funny but Rupe, you are missing out mate, those movies are piff. OK but in all seriousness the whole journey must have been quite bonkers from start to finish.

The stress and confusion of growing up in front of millions of people and being typecast as a character was super all encompassing and effected every part of his life.

"I struggle to remember life before it. I think I lost myself a little bit along the way. With the fame, you’re almost being the character even when you’re not in character."

The unique experience shared with his two costars means they are probably the only people who truly get it and they often keep in touch and talk about what post Potter life is like.

"...we have this shared experience that connects us all. They are the only people that really understand. I think David Yates [the director of the final four Potter films] once said we’re all like astronauts. Only astronauts really know what it’s like to go to space."

The difficulty of life after being so well known for a role is pretty intense, but he and his two former costars have fought back and are doing pretty dang well. Watson has starred in Beauty and the Beast and getting a flipping uni degree and also being a super lit feminist icon, while Radcliffe has been killing it acting in plays like the totally dark Equus, and movies like The Woman In Black. Radcliffe echoed the feelings of stress and pressure relating to the Potter films when he opened up about his issues with alcohol in the past. Speaking to Sky Arts, he explained: "I would have benefited from not drinking. It was not making me as happy as I wanted it to."

Grint himself has continued acting, starring in the TV series version of the classic movie Snatch and also in the hilarious Sick Note which he starred alongside Lindsay Lohan. Most recently though, he is playing Inspector Crome in the latest screen adaptation of Agatha Christie's Hercule Poirot classic, The ABC Murders. The role is far from his goofy character Ron, and the intensely serious Inspector Crome shows that Grint is well able to tackle different roles, and ones far darker than even the last four Potter films. And those were flipping dark.