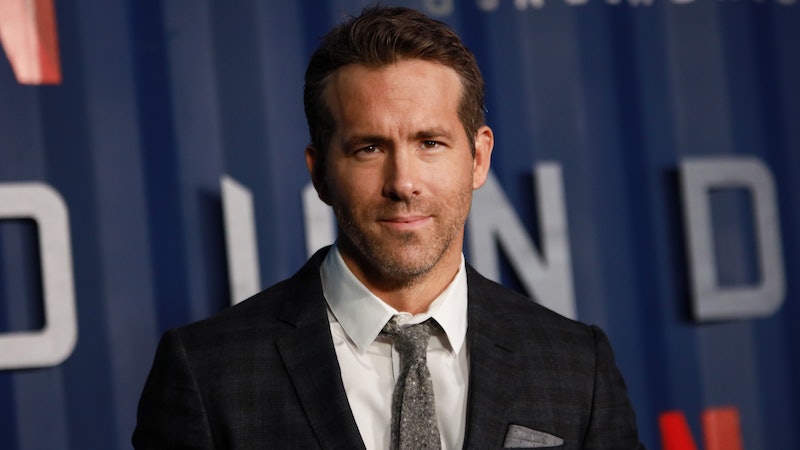 Don't worry if you thought that was Ryan Reynolds falling in love with John Cusack in Serendipity. Even Reynolds agrees that Kate Beckinsale is his celeb doppelgänger. And who does he agree with? Well, Beckinsale herself, who first made the spot-on comparison a few months ago.

During a Tonight Show Starring Jimmy Fallon appearance in October, Beckinsale revealed the news that Reynolds is her Hollywood twin. "I look exactly like Ryan Reynolds, like in a shocking way," she said at the time. Yes, that reveal certainly comes as a shock, until you look a little closer. Then it's hard not to agree with Beckinsale when she said, "He's like a big Canadian man and I really see myself in him."

Now, it seems that Reynolds also sees the resemblance. When Reynolds appeared on The Today Show on Dec. 12, anchor Hoda Kotb showed him the video of Beckinsale, to which he responded, "It is like looking in a mirror." A full-length one apparently. "I mean I was gonna wear that today," he joked of her sparkly Tonight Show look.

Reynolds also revealed that his similarities with Beckinsale in the looks department "has been something that I've heard for a long time. Other people have said it to me as well." So wait, is this an open Hollywood secret?

What we still don't know is if Reynolds has mistook himself for her, something Beckinsale hilariously confessed to during her Tonight Show appearance. She admitted that sometimes she sees "a bus going by with a poster on it, I think, 'Damn, I look hot. Oh, wait, that's not me. Also, I've never done that movie.'"

What Today did, though, was offer a side-by-side analysis of the two stars' faces, which honestly, do have a few things in common. Like, their jawlines, eyes, and smiles. In the photos they showed, Beckinsale and Reynolds are even titling their heads in the exact same way.

All joking aside, these two really do have a lot of physical characteristics in common. Now they're not Jessica Chastain and Bryce Dallas Howard level doppelgängers; nor are they at the level of Isla Fisher, who needed a PSA to explain she's not Amy Adams. But, it's hard to ignore just how much these two lookalike.

More like this
Gabby & Rachel Reveal How That 'Bachelorette' Rose Ceremony Twist Happened
By Grace Wehniainen
Everything To Know About 'RHOC' Season 17
By Brad Witter and Sophia Moore
Everything To Know About 'Evil' Season 4
By Meguire Hennes
The 'PLL: Original Sin' Creators Say A’s Identity Will Be “Very Clear” By The Season Finale
By Alyssa Lapid
Get Even More From Bustle — Sign Up For The Newsletter