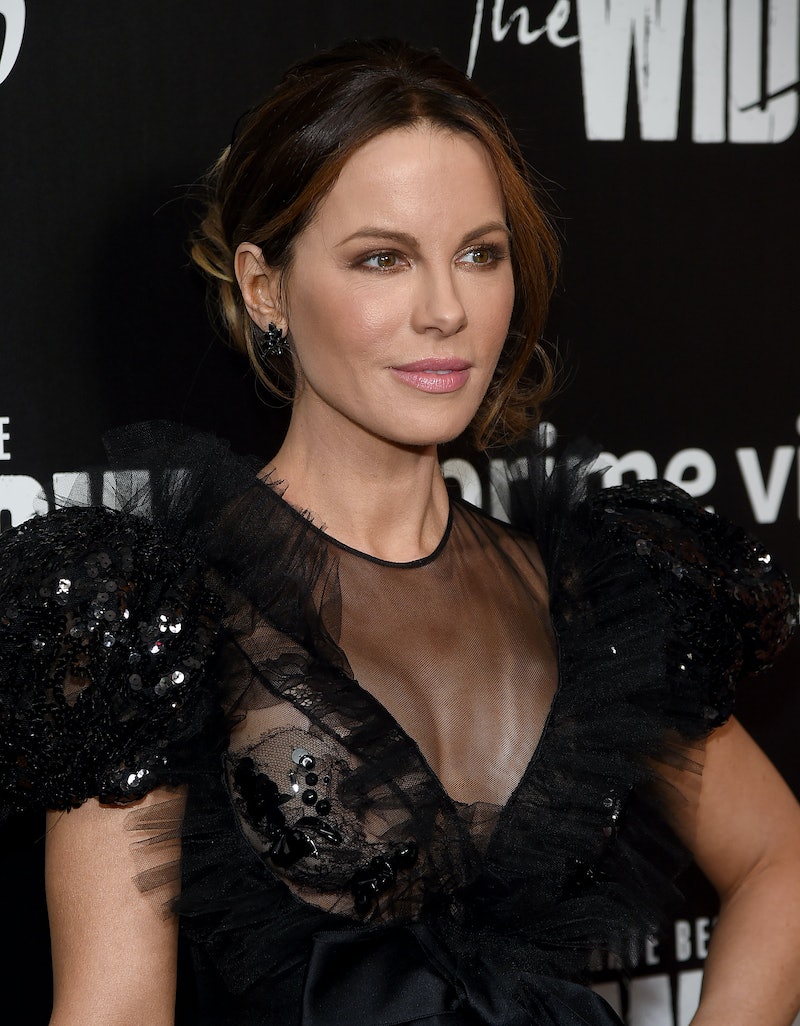 Even famous people can have celebrity doppelgängers, just ask Kate Beckinsale, who's convinced she looks like Ryan Reynolds. While making an appearance on The Tonight Show Starring Jimmy Fallon on Sunday night, Beckinsale pointed out her unexpected resemblance to the Deadpool star — and weirdly enough, she's kind of right in a you-need-to-see-it-to-believe-it type of way.

"I look exactly like Ryan Reynolds, like in a shocking way," The Widow star revealed to the host. "When sometimes I see a bus going by with a poster on it, I think, 'Damn, I look hot. Oh, wait, that's not me. Also, I've never done that movie.'" Fallon then held up photos of Beckinsale and Reynolds next to each other for the audience, while confessing he didn't quite see it. But Beckinsale insisted that despite Reynolds' action-star physique, the two were virtually twins, adding, "He's like a big Canadian man and I really see myself in him."

Despite their resemblance, Beckinsale and Reynolds have yet to meet. "I can't be in the same room as him, one of us would explode," she teased. The star — who's been previously linked to Pete Davidson and Michael Sheen — also joked that when her past boyfriends have met Reynolds, it felt "way too intimate."

Beckinsale isn't the first celebrity to acknowledge her doppelgänger. In 2009, Zooey Deschanel admitted constant comparisons to Katy Perry were "a little bit annoying." Meanwhile, in 2017, Sarah Hyland discussed looking like Mila Kunis on The Ellen DeGeneres Show. "She gets recognized for me a lot... People go up to her and say, 'Hi, I love Modern Family,'" Hyland recalled. "And so I'm like, well you pretend to be me, can I pretend to be you?" Taking things a step further, Isla Fisher, who everyone (including Lady Gaga) mistakes for Amy Adams, set the record straight with an official PSA.

Reynolds has yet to comment on the supposed resemblance to Beckinsale, but given his Instagram strategy, which ranges from his ongoing feud with Hugh Jackman to his hilarious commentary on parenting, it's only a matter of time before he weighs in.