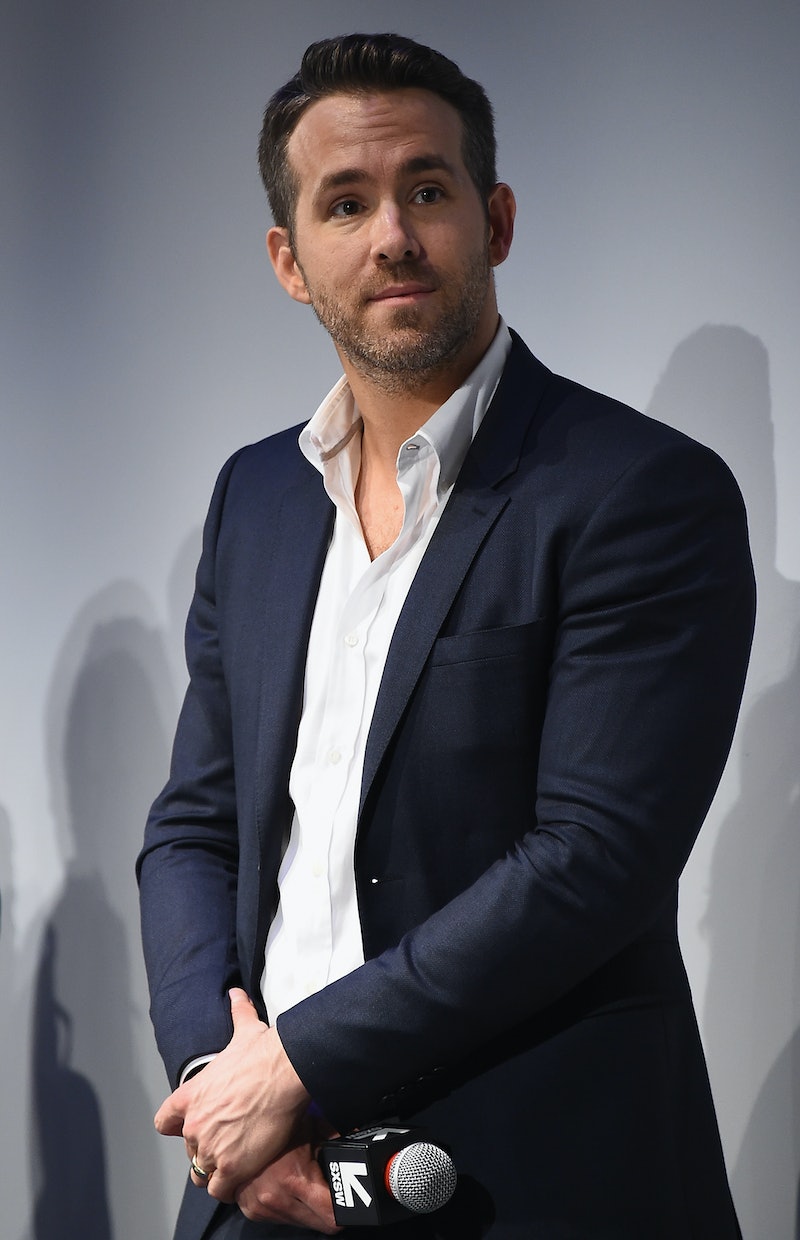 Ryan Reynolds has done a lot since he first came on the acting scene in the '90s. He's always been an actor, but today, thanks to Deadpool, he also has credits as a screenwriter and producer. And with Ryan Reynolds' new game show on ABC, he can add reality show creator to the list. In what sounds like a cross between Family Feud, Wipeout, and Double Dare, the new ABC show Don't will feature families in "comedic physical" challenges that limit what they can do in order to succeed.

Announced by Variety on Monday, April 8, the game show, Don't, created by Reynolds and Banijay Studios North America was picked up by the ABC network. “All my life, the word ‘don’t’ has tortured me,” Reynolds said in a press release, via Variety. “From ‘don’t curse’ to ‘don’t play ball in the house’ to ‘don’t eat the crab salad you left in the sun for three days.’ I cannot wait for my personal trauma to become the next great ABC family show.”

Challenges on Don't will, no surprise, have to do with the concept of "don't," meaning that contestants will be instructed not to do something, and then be challenged somehow. As Variety reported, certain examples could be “don’t slip,” “don’t laugh,” “don’t scream,” or “don’t forget.” Each episode will feature one family, and each time someone messes up, they're eliminated until there's just one member left. There's also a cash prize involved, and the family keeps the money earned by the end.

On Twitter, Reynolds announced the news using his signature deprecating humor, calling out ABC for cancelling his first ever TV gig, Two Guys, a Girl, and a Pizza Place. "ABC cruelly canceled Two Guys, A Girl & A Pizza Place 18 years ago. DON'T is so good, it'll fast become the 2nd best show ABC has ever produced," he wrote. "ABC will worship me. And my sitcom will be back on the air." Reynolds finished the tweet, tagging his Two Guys, a Girl, and a Pizza Place co-stars Nathan Fillion, Richard Ruccolo, and Traylor Howard.

If his personal brand of humor shines through, even just a glimpse of what fans get form this statement, then Don't is going to be one hell of a funny show.

ABC seems pretty psyched too. ABC Entertainment president Karey Burke released a statement, saying the network was “all in” on Reynolds' new game show. She called it “the next big-tent, family-friendly competition show,” according to Variety's report. David Goldberg, Banijay Studios North America president and CEO, added that the premise of the show challenges what the brain is trained to do, which is "advise" you what you should and should not do. “In Don’t, contestants are challenged to resist what their brain is urging them to do," Goldberg said. "One thing is for sure, my brain never said ‘don’t’ to Ryan Reynolds, one of the most talented and popular stars on the planet. This wildly entertaining and unpredictable show has so much potential, and I’m pleased to be making it for ABC, who has been such a great partner over the years."

Here's to hoping Reynolds hosts, or at least competes.