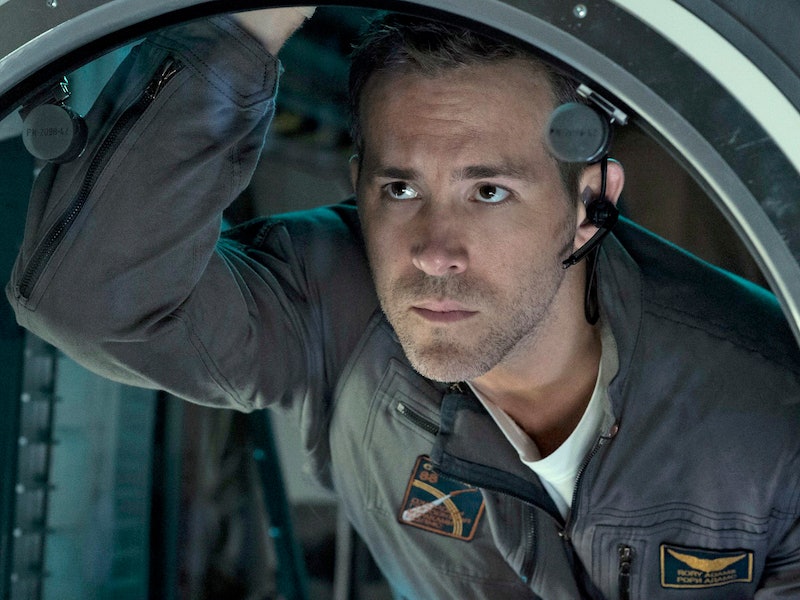 Stop me if you've heard this one before: A space expedition to Mars, finds life, everyone gets super excited about the discovery, but then the alien turns out to be evil and murderous. Right, it's been done a million times, and at first glance, that's the plot of the new sci-fi thriller Life, out March 24. But the movie takes some measures to make sure it's offering fans something new and exciting. For starters, there's the all-star cast, led by Ryan Reynolds, Jake Gyllenhaal, and Rebecca Ferguson. Then, there's the design of the alien itself, which I guarantee is like nothing you've ever seen before.

In the film, the "life" that's found on Mars is first seen as a nearly-microscopic organism. Every cell in its makeup is both a muscle cell and a brain cell, "all muscle, all brain" as Ferguson's character puts it, meaning its potential for both strength and intelligence are virtually unlimited — especially once it starts growing rapidly, almost like a cancer. Studying its regenerative properties is quite tantalizing for science as a whole, as its potential in the healthcare industry alone could change the way humans heal and fight disease. But the problem is, the alien doesn't seem to want to be studied.

And even though the alien is small enough to fit in your hand, it proves that it's still plenty frightening enough to scare the pants off of Reynolds and company once it turns aggressive and they see what the little guy is capable of, as you'll see in the exclusive clip below. Check it out.

Given how fast the creature grows, I think it's pretty safe to say that it's going to get pretty big as the film progresses. And since it's already super terrifying when it's tiny, I can only imagine how scary this blob-like creature will be when it reaches full size — if there is even a limit as to how big it can get.