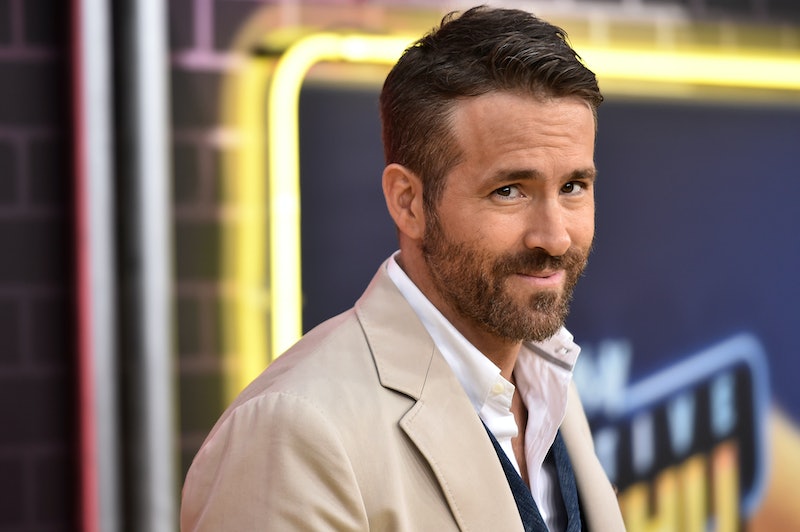 With Marvel fans everywhere worried about the future of the Spider-Man franchise in the MCU, one actor has a plan to help them through this difficult time. Ryan Reynolds shared his plan for Spider-Man post MCU on Twitter, and it involves bringing in another smart-mouthed superhero to help brighten fans' spirits.

Shortly after news broke on Aug. 20 that Sony and Disney had failed to renew their agreement to co-produce Spider-Man films — thus resulting in Tom Holland's Peter Parker likely leaving the MCU — social media was flooded with fans sharing their heartbroken reactions. However, one distressed tweet caught the attention of Reynolds, when Twitter user @ChaoticKing_ asked "Can we get a Spiderman & Deadpool movie now" [that the Spider-Man franchise is leaving]. "You can," Reynolds responded, although there was a catch to his proposed crossover: "But you can only see it in my heart."

Like the Spider-Man and X-Men franchises before it, the Deadpool films are released as a partnership between Marvel Entertainment and another studio — in this case, 20th Century Fox. Before the Disney and Fox merger went through in March 2019, any Marvel properties that were owned by Fox couldn't be mentioned in the MCU (hence why there are two Quicksilvers), so Spider-Man leaving the Marvel family would theoretically make a Peter Parker and Wade Wilson team up easier.

Reynolds isn't the only big screen superhero sharing their reaction to the Spider-Man news on social media; on Aug. 20, Avengers star Jeremy Renner campaigned for Spider-Man to rejoin the MCU on Instagram, highlighting the importance of Holland's Peter Parker to the rest of the Avengers after Endgame. "Hey @sonypictures we want Spider-Man back to @therealstanlee and @marvel please," Renner captioned a still of Hawkeye from Endgame. "Thank you." The actor also added the hashtags "#spidermanrocks" and "#please," to underline his strong feelings for seeing Peter back on the team.

While Renner tagged the other actors who make up the Avengers in his post, thus far, he's the only member of the MCU to comment on the Sony and Disney disagreement. In the wake of the news, Holland has also remained silent on social media, though Bustle reached out to his representatives — as well as reps for Disney and Marvel — for comment.

Even if Reynolds and Renner don't get their respective wishes for future Spider-Man films, fans will get to see Holland sing through the streets of New York City at least two more times. According to Deadline, Sony has two more Spider-Man movies in the works, with both Holland and Far From Home director Jon Watts set to return. However, Marvel head Kevin Feige will no longer be the lead producer on those films, though Sony reportedly feels confident that he has laid a proper foundation for all future Spider-Man films to follow.

In the meantime, it remains to be seen whether or not Holland's Peter Parker will make any future appearances in the MCU. The events of Endgame and Far From Home established Peter as a major part of the Avengers, so removing him from the team will likely force a major overhaul for future Marvel movies. But regardless of whether or not Holland can appear in the MCU in the future, at least fans can take comfort in the idea of Reynolds' proposed, wisecrack-packed crossover film.