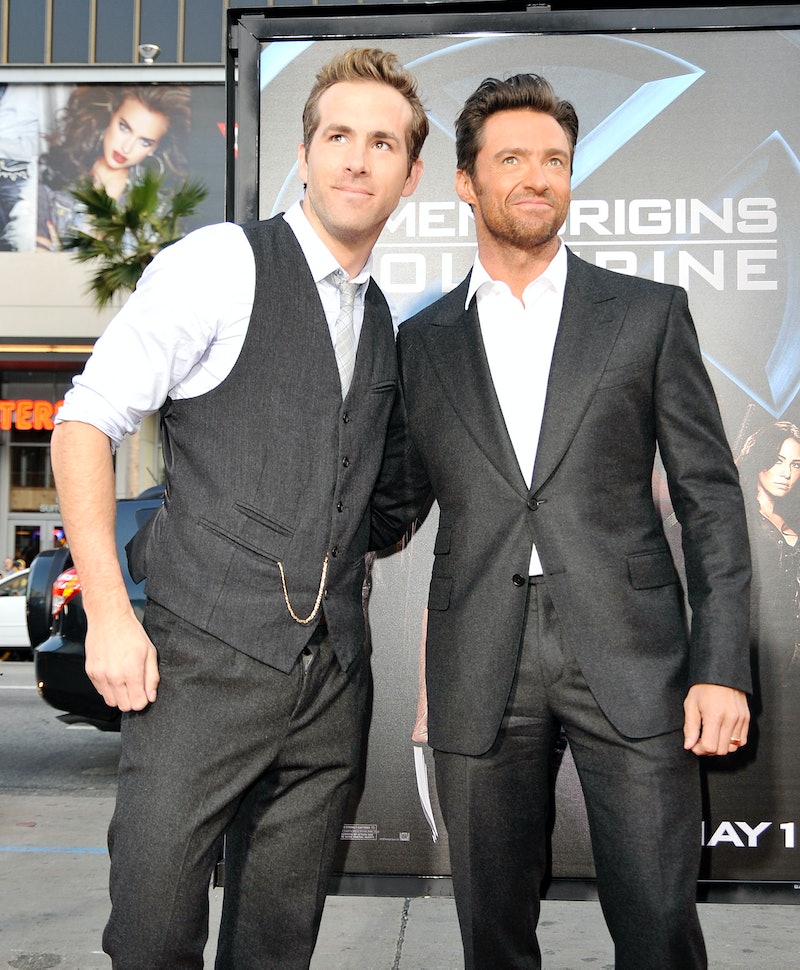 On Friday, Sept. 13, Deadpool star Ryan Reynolds posted a tribute to Hugh Jackman on Instagram, and for the first time in their friendship, it was no joking matter. Reynolds and Jackman have a long-standing (fake) social media feud that has produced numerous funny posts over the years. But it seems that the Wolverine actor receiving the Order of Australia made his pal so proud that Reynolds couldn't help but be sincere in his praise — at least for the most part.

Reynolds shared a photo of Jackman wearing his Order of Australia medal, and captioned the image: "Receiving the Order of Australia is a HUGE deal. And despite what I tell anyone who'll listen, Hugh Jackman is one of the finest, kindest, hardest working, generous and most talented people I’ve had the privilege to call my friend. There’s nobody better. None of this changes the unfortunate fact he's a complete bastard."

According to the official website for The Governor-General of the Commonwealth of Australia, the Order of Australia recognizes "Australians who have demonstrated outstanding service or exceptional achievement." Given his extensive charity and humanitarian work, Jackman is certainly deserving of the honor. In fact, he's so deserving that Reynolds pressed pause on their trolling right up until the last line of his tribute.

Fans of the superhero actors have been enjoying their faux feud for so long it's hard to remember how it all began. Jackman and Reynolds first worked together in 2009's Wolverine, but their online ribbing didn't begin in earnest until 2015 when Reynolds posted a video from the set of Deadpool impersonating Jackman making a plea for People's Sexiest Man Alive votes. It's been game on ever since.

Their social media feud has included Jackman convincing Reynolds that he was a hosting a Christmas sweater party in December 2018, and Reynolds commenting "pretty sure those are protesters" on a photo of Jackman surrounded by fans in Beijing in March 2017. One of their best pranks happened in February 2019, when the actors declared a truce and vowed to make sincere ads for each other's companies.

Reynolds shared a video on YouTube featuring both ads, and while his pitch for Jackman's Laughing Man Coffee was a moving ode to the Wolverine star, Jackman's endorsement of the Deadpool actor's Aviation American Gin included him turning the bottle sideways and watching the contents spill out on the table. It's hard to imagine their trolling ever topping their dueling ads video, which is why it's so nice to see Reynolds get candid about their friendship instead.

Jackman and Reynolds' trolling war seems to delight them and their fans, so it's unlikely that it will ever end for good. Still, it's good to know that beneath all of the elaborate pranks and good-natured ribbing is a strong friendship. Reynolds' post is a reminder that while they may love to tease each other, he and Jackman can get serious about just how proud they are to be friends when it matters the most.