On Tuesday, Ryan Seacrest released a lengthy statement via his attorney once again denying the recent sexual harassment allegations levied against him by his former wardrobe stylist at E! News, Suzie Hardy. Responding to his statement, Seacrest's accuser has now released a new statement to Variety disputing his denial.

I remained quiet for years out of fears that my story wouldn't be believed and that I would be subject to scorn and ridicule for telling it. I was emboldened by the bravery of others to finally and confidentially tell my story to NBC.

Ryan elected to take the story public with a false narrative that he was exonerated and the victim of some sort of money grab. He is not the victim, and I refuse to let him victimize me for telling the truth.

In a story published on Monday by Variety, Hardy, who worked as Seacrest's personal stylist at E! News from 2007 to 2013, accused the TV host of "multiple instances" of sexual harassment. Seacrest responded to the allegations with a statement via his attorney, in which he called the Variety story "salacious" and again repudiated the allegations. "This person who has accused me of horrible things tried to buy her silence by asking for money on multiple occasions — I refused," Seacrest said in the statement. Bustle reached out to a rep for Seacrest in regards to Hardy's new comments and was directed to his previous statement, which can be read in full below.

News of the allegations began making headlines back in November. Seacrest publicly and preemptively denied the accusations, calling them "reckless," and said that he'd already agreed to comply with an E! internal investigation into the claims. At the time, the details of the allegations, as well as Hardy's identity, remained private. But, in Variety's report earlier this week, Hardy went public with her accusations against Seacrest, opening up about the specifics of her claims. In the report, she alleged that Seacrest subjected her to years of unwanted inappropriate behavior during her time at E! News. 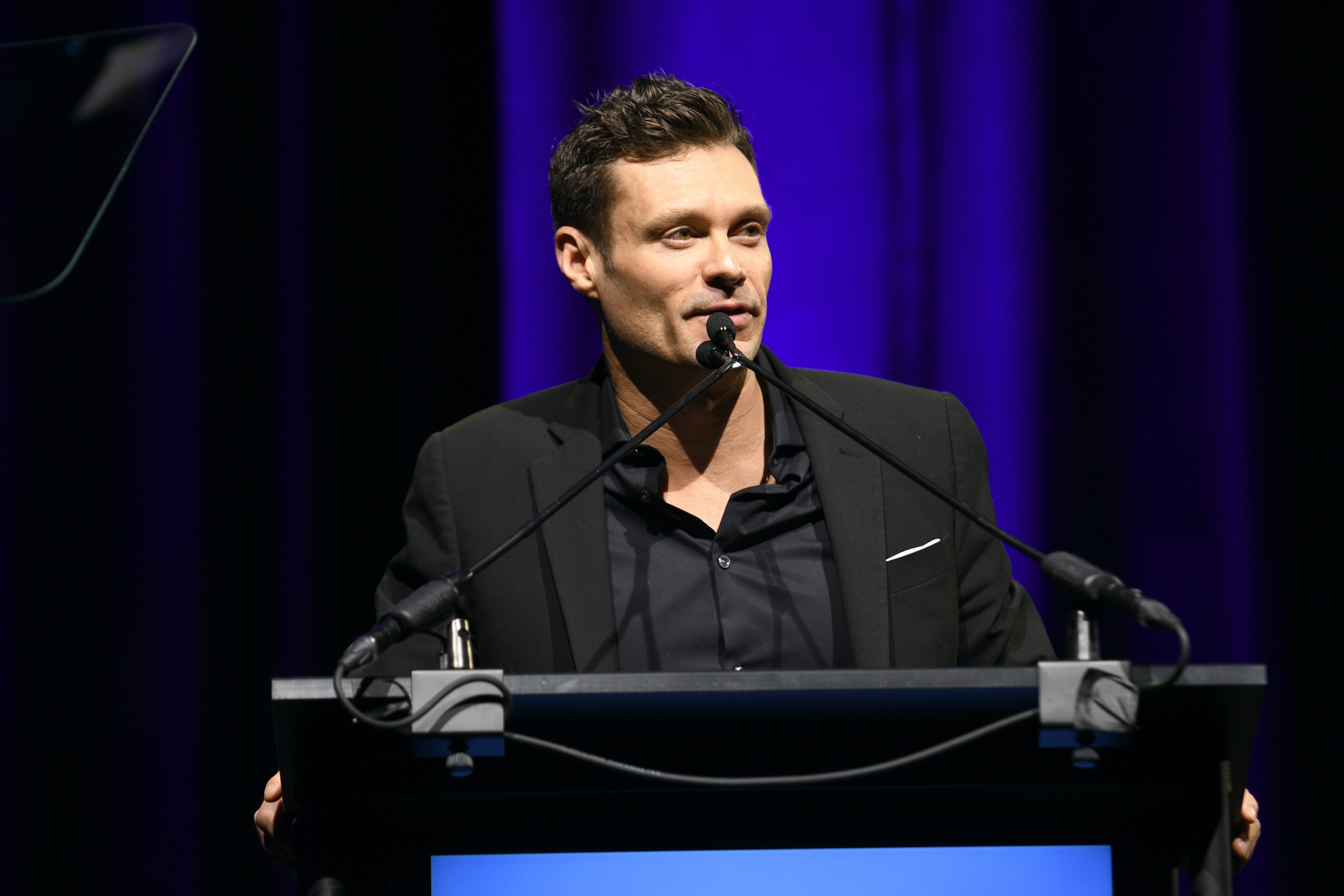 At the beginning of February, the network reported that it had completed its investigation and found "insufficient evidence to support the claims." Following the investigation's conclusion, Seacrest wrote a guest column for The Hollywood Reporter, published Feb. 5, titled, "What Happened After I Was Wrongly Accused of Harassment." In it, Seacrest again echoed his denial — this time, citing the investigation to back up his claims. He wrote,

"To have my workplace conduct questioned was gut-wrenching. I've always aimed to treat all of my colleagues with honesty, respect, kindness and compassion. Yet, I knew, regardless of the confidence I had that there was no merit to the allegations, my name would likely soon appear on the lists of those suspected of despicable words and deeds. I absolutely want to be part of the change, the progress, that is coming. I did not want to be a postscript of evidence of its cause."

According to Variety's Monday report, Hardy was "shocked and insulted" when she read Seacrest's guest column, in which he wrote that "an independent third party found the claims to be unsubstantiated and that there was no evidence of wrongdoing on my part." As reported by Variety, Hardy felt the statement was misleading, given that E!'s investigation found "insufficient evidence."

The full text of Seacrest's Tuesday statement in response to the Variety story reads:

Much has been said about the #MeToo and Times Up movement(s) and the importance of providing women and men with the opportunity to share their stories of workplace misconduct, in an effort to change our culture and the systemic inequalities that exist. I absolutely support this cause unequivocally and applaud all the brave souls who have come forward to share their stories.

Sadly, last fall I became one of the accused, which I promptly revealed proactively to the network involved and to the public. And to be equally clear, those accusations were then investigated by an independent third-party over the course of a two-month process and involved dozens of interviews that included me, the accuser and countless others. Ultimately, my name was cleared. I eagerly participated in the investigation in order to demonstrate my innocence because I know my truth, and I believe in due process.

Yesterday, VARIETY published a salacious story that revealed the specific claims against me for the first time – even though an independent third-party investigator found insufficient evidence to support the claims. Much to my dismay, Variety didn’t speak with me or bother to speak with other credible witnesses or even ask for any of the evidence that was obtained during the investigation when offered, all of which clearly challenged the veracity of the claims made against me.

This person who has accused me of horrible things offered, on multiple occasions, to withdraw her claims if I paid her millions of dollars. I refused. I have worked extremely hard to achieve my success and I don’t take my opportunities for granted. I don’t want to accuse anyone of not telling the truth but in this case, I have no choice but to again deny the claims against me, remind people that I was recused of any wrongdoing, and put the matter to rest.