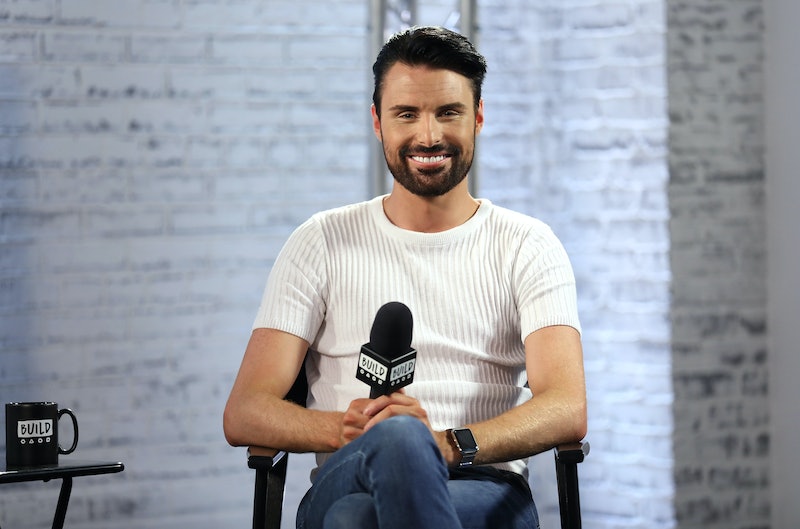 It's around this time of year that fans start to hear first whisperings of who will be starring on Strictly Come Dancing. While I couldn’t be more excited to see who will be sashaying onto our screens this year, there has been some pretty monumental presenter news in the Strictly camp. Rylan Clark-Neal will host Strictly Come Dancing It Takes Two alongside Zoe Ball come autumn 2019. Clark-Neal has all the presenting credentials as well as the whitest teeth and kindest nature in the business. I can’t think of a better way than to spend my evenings than watching this pair pick apart the Strictly performances and catch up on the gossip with this year’s dancers and celebrity partners.

In a statement posted on the Strictly Come Dancing Twitter page the show said,

“Joining Zoe Ball as the co-host of It Takes Two is Rylan! We can’t wait to welcome him to the #Strictly family when the show returns on @BBCTwo in the autumn.”

Me either. Speaking about his new job in a statement Clark-Neal said:

"I can't begin to explain how excited I am to be joining the Strictly family. I've always been a massive fan of It Takes Two and to be working with the amazing Zoe Ball is a dream. I'm extremely honoured to be joining such a television institution and can't wait to bring a lot of mischief to the Strictly bubble. I'm looking forward to getting started and seeing you all soon.”

Zoe Ball has been in control of the reigns of Strictly's spin off weekly show since 2011. It'll be really interesting to see how her and Clark-Neal work alongside each other. Speaking about her new co-host in a statement Ball said,:

“I adore Rylan, he's an absolute wonder. I love his daftness and naughtiness and he's a brilliant live telly host. He'll fit right into our It Takes Two family. Can't wait for this new season to start, it's going to be a hoot!"

Clark-Neal teased fans a few of hours before the news broke with a picture of some sequins on his social media.

While taking on a hosting job on Strictly Come Dancing It Takes Two next to the national icon that is Zoe Ball is no mean feat, Clark-Neal has all the experience and personality needed. After presenting Celebrity Big Brothers Bit On The Side, he has been guest presenting ITV’s This Morning. He also became the presenter of Radio 2’s Saturday afternoon show.

Fans seem elated about the news that Clark-Neal would be joining the Strictly team, and Dan McGolpin, Controller of BBC Programming and Daytime, said in a statement: “We are really excited to welcome Rylan to the Strictly family. He's a fantastic broadcaster and I can't think of a better person to help bring our viewers all the latest Strictly news.”

Strictly Come Dancing will return later this year on BBC One, and I have no doubt that Clark-Neal is going to be perfect on the spin-off show. Roll on the glitter and the gossip.