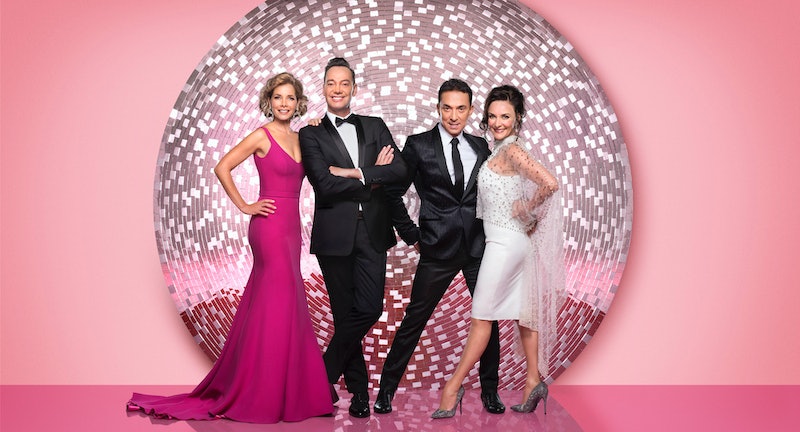 News broke yesterday that Darcey Bussell is leaving Strictly Come Dancing, and, of course, the UK went wild. The shock announcement has really shaken things up and leaves a huge gap in the judging panel, in which she is one of the biggest personalities. Bussell, a former prima ballerina, will be sorely missed, but you know what is really fun? Speculating about who will be her replacement on the next season of the hit dancing show. So who will replace Darcey Bussell on Strictly Come Dancing?

The Sun are reporting that one of the front runners for the coveted spot is the one and only Anton Du Beke. Which would be a really good fit, if you think about it. A source close to the show spoke to The Sun and said:

"Loveable Anton is the cast's favourite choice to take over from Darceyas judge. Some on the show believe it's time for him to hang up his dancing shoes and sit on the other side of the table. Anton is a well-loved professional but it's felt by many that his glory years are over. He's often placed with the novelty act and has no chance of getting near the Glitter Ball. He isn’t a real contender anymore."

I contacted a Strictly rep at the BBC to get their thoughts on the Du Beke speculation, but they have declined to comment.

Du Beke has been a fan favourite since the very beginning of the show. As an OG professional on the Saturday night crowd pleaser, he knows the show better than anyone. So OMG this is like maybe his time to shine.

Of course, in classic UK style, the bookies have weighed in on the potential winner. The Express spoke to Coral about their favourites, and it seems that, at 2/1, Karen Hardy is the most likely. Hardy is a former professional on the show, taking part between 2005 and 2009. Since then, she has regularly contributed to the Strictly after show, It Takes Two. Hardy was also a hot favourite to replace Goodman before they chose Shirley Ballas, according to The Sun.

Someone who I've not seen suggested but who I think would be amazing is the one and only Scarlett Moffatt. She has been open in the past about loving to get involved with the show but being unable to because she is too experienced. It's likely the show's producers will be keen as mustard to get another female judge to fill the gap in the panel, and who better than a former professional ballroom dancer and trained dance teacher?

As nothing has been made official yet, and the show is a long way off, you have lots of time to not only practice your best cha cha cha but also to speculate about who the new judge will be.