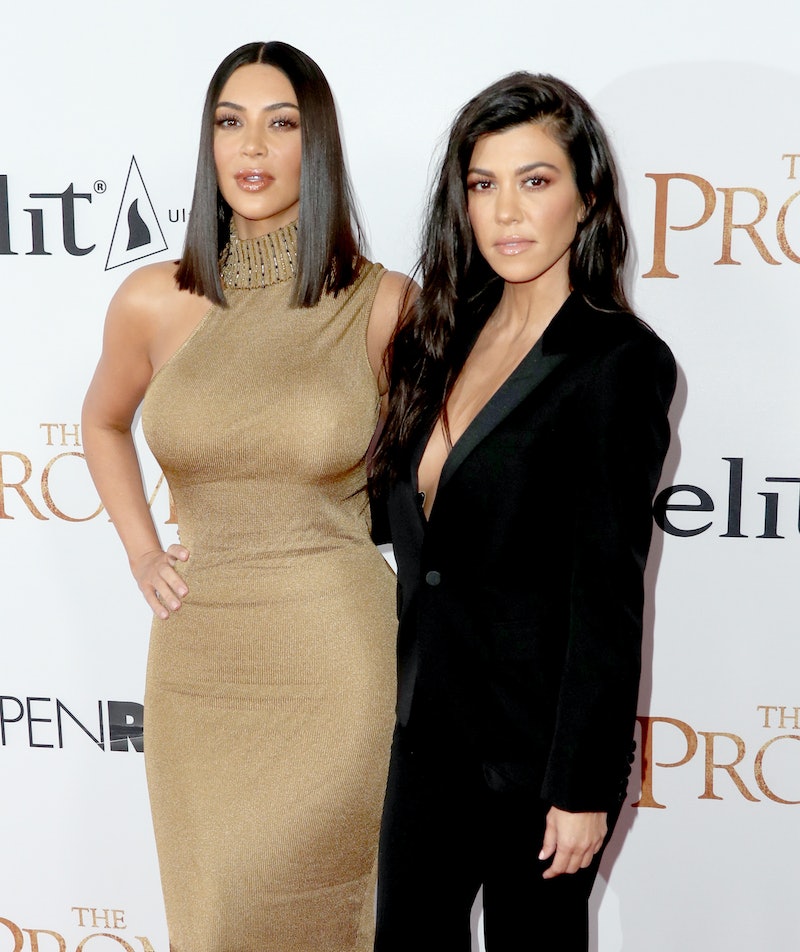 The Kardashian-Jenner family had no shortage of Halloween costumes this year. Your Instagram timeline was probably flooded with pictures of the sisters’ collective look as Victoria’s Secret angels, as well as their individual costumes. And it was only right that they had the kids get in on the fun. In true Kardashian fashion, Kim and Kourtney Kardashian's sons' Halloween costumes broke the internet this year.

Saint West and Reign Disick dressed as Kanye West and Lil Pump from the "I Love It" music video, and they absolutely nailed it. Though the adorable pair of cousins most likely has absolutely no idea what the song is about, their infectious grins show that they were clearly having fun in their massive box suits, flashy chains, and oversized shoes.

The Instagram photo set that Kim posted includes a video of the behind-the-scenes moments of trying to document the costumes on camera. In the background, she can be head instructing the boys, “No face, no cheese,” in attempts to take a few more serious shots. But there was plenty of cheese coming from the two, and the video ends with Saint being very amused by Reign tipping over in the suit.

“This is the best costume this year hands down,” one person commented on Kourtney’s post of the boys, and it’s hard to disagree.

Saint and Reign weren’t the only ones sporting Kanye and Pump inspired costumes. The last two pictures in Kim’s photo gallery above show North West and Penelope Disick were dressed as water bottles, based on what the rappers wore during their late September performance on Saturday Night Live.

And in her Instagram Story, Kim featured a picture of five random kids out for Halloween, three dressed in “I Love It”-esque box suits and the other two as Fiji and Perrier bottles.

The whole Kadashian-Jenner clan had some pretty cool costumes this year, though. Going along with the theme of pop culture inspired outfits, Kourtney dressed as Ariana Grande this year. Adorned with a long blonde ponytail and pink fluffy dress, she perfected the look so well that Ariana herself had to give Kourt her kudos, commenting a series of black hearts under the picture.

The newest edition to the family, Khloe’s daughter, True Thompson had six different costumes, which is pretty impressive for anyone, let alone a six-month-old. On Oct. 31, Khloe posted this super cute photo of baby True dressed as a pig. If you scroll through the photos, you’ll see two of her other costumes were a sheep and matching tiger with mommy.

Kylie Jenner, like her niece, had multiple different costumes for the holiday, two of which were mommy-and-me looks with her daughter Stormi Webster. Probably inspired by Jenner’s boyfriend Travis Scott’s 2017 song “Butterfly Effect” and the matching butterfly tattoos the couple got earlier this year, Kylie and Stormi dressed as butterflies. They also dressed up as "Stormi weather."

Another Halloween down and the Kardashian-Jenners did not disappoint with the looks.