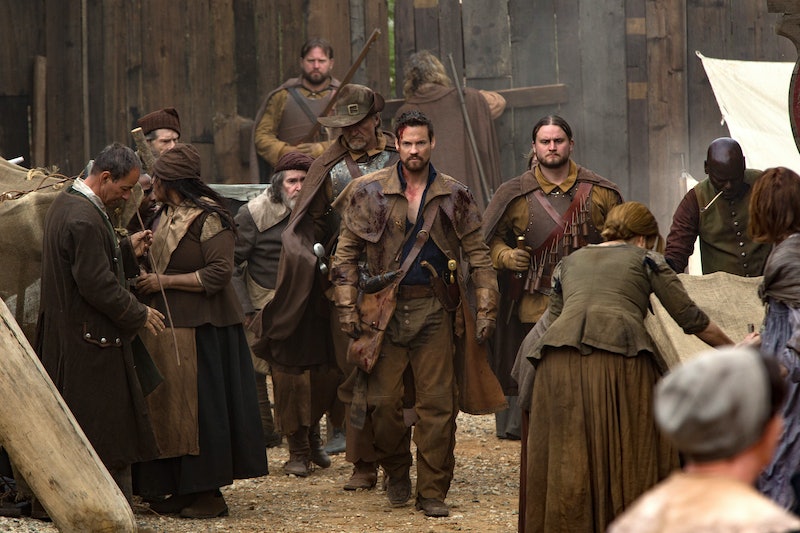 On Wednesday, Jan. 25, the third season of Salem is coming to a close and fans should really savor the finale. WGN America announced in late 2016 that Salem won't return for Season 4, as reported by The Wrap. Thankfully, the creators told the website that they had "free reign to create a satisfying conclusion," so the fate of Salem and whether or not the devil will rise to rule the world should be revealed by the end of the finale. And though Salem is ending, thanks to Peak TV, there are still plenty of places to find exciting stories that incorporate the mystical and magical.

From pay cable to the major networks, TV has embraced genre programming and added many science fiction and fantasy series to its lineup. Of course, that wasn't the only thing that drew people Salem.

If you loved the WGN America series for both its magical edge and how it managed to work in modern ideas about feminism and the treatment of women in the 17th century, it shouldn't be hard to find new shows to watch. In fact, there are plenty of series that have both elements and can fill those holes once Salem ends for good.

Rather than the devil-communicating witchcraft of Salem, the school in The Magicians is a lot like another fictional institution for the learning of witchcraft and wizardry. But instead of a Boy Who Lived, there's a cast of wickedly smart magicians-in-training.

It's best known for being the, uh, most popular show on premium cable, but the same way Salem makes an alternate history of the early Americas, GoT's Westeros often feels like a fantasy version of medieval Europe. Compare the first few seasons with the War of the Roses and you'll be shocked at the similarities.

FX's new drama is still partway through its first season, but with a star and producer like Tom Hardy, there's a good chance it will return. While the show does has some problematic elements that suggest Native Americans have some kind of magical powers, it's firmly from the point of view of Hardy's character, who seems more enamored by what he experienced abroad than reality.

This Freeform original is based on the Mortal Instruments book series and though it's technically about a young woman who discovers that she's part angel and fights off supernatural creatures like werewolves and vampires, the powers displayed feel quite a lot like witches' magic.

While Salem suggests that the Devil might destroy the world, here, he's a guy whose biggest problem is his transformation from a kind of sexist piano bar owner into a detective worthy of dating his partner.

Now that the FX show is starting to betray its anthology roots and connect its seasons, the witchy elements from Season 3, Coven, have started to spread out into other installments. And every season, there's at least some hint of the supernatural. American Horror Story also features some of the most respected female actors on television, from Jessica Lange in the early seasons to Sarah Paulson, Angela Bassett, and Kathy Bates.

Salem may be leaving, but there's no lack of supernatural women on TV — including those who are prepared to burn civilization to the ground if they're not treated fairly.