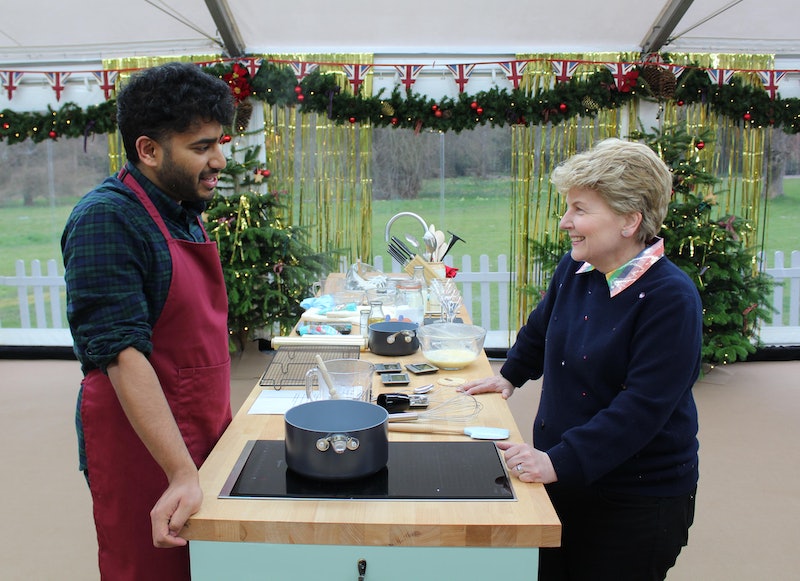 Cake fans were distraught on Thursday as it was announced that Sandi Toksvig has quit The Great British Bake Off after three seasons. The British-Danish comedian, who makes up one half of TV’s favourite odd couple with co-presenter Noel Fielding, shared the news on Twitter as she explained that she was leaving to focus on other projects.

“When stepping down from a job it is quite common for people to say they are doing so in order to spend more time with their family. Unusually I am departing from The Great British Bake Off so I can spend more time with my other work,” she wrote. “As my waistline will testify, Bake Off is an all-consuming show.”

Paying tribute to Noel and judges Prue Leith and Paul Hollywood, Sandi continued: “Bake Off is a wonderful programme which has already proved it can happily withstand a change of hosting personnel. The reason for that, of course, is that the true stars of the show are the bakers themselves.”

But before fans get too sad, you’ll be pleased to hear that this isn’t the end of Sandi’s time in the tent just yet. The 61-year-old will return in the spring to present The Great Celebrity Bake Off for Stand Up 2 Cancer, with famous faces including Louis Theroux, Love Island’s Ovie Soko and Queer Eye’s Tan France competing to be named Star Baker for a good cause.

Sandi has fronted GBBO since the show moved to Channel 4 in 2017, with her unlikely friendship with comedian Noel delighting fans for three series. “The first time I met him I felt like I had met a rather wayward cousin whose take on the world made me laugh. The only down side is that he has much better dress sense that I do,” she told Channel 4.

Saying goodbye to Sandi with a suitably low resolution picture of the pair, Noel got us all emotional as he wrote: "I feel like Tom without Jerry ! Mick without a Keef :( gonna miss yooooooooooooooooo and the wonderful times we got to play together in the tent ! Double acts are rare and magical beast and working with you was a pleasure x x x all my love Mr Noel x."

It is currently unknown who will replace Sandi on Bake Off, with fans suggesting British comedian Richard Ayoade (who often pairs up with Noel on The Big Fat Quiz of the Year) or former contestant Liam Charles could be up for the job. According to The Mirror, Bake Off winner Nadiya Hussain is currently bookies' favourite to replace Sandi.

Meanwhile Sandi will be presenting a new series for Channel 4 called The Write Offs, which will look at the issue of adult literacy.

More like this
'The Great British Sewing Bee' Semi-Final Is Extra Special For This Reason
By El Hunt
Yes, Luca Bish Really Doesn’t Drink Alcohol
By Shahed Ezaydi and Sophie McEvoy
Winter 'Love Island' Will Be Back In 2023, ITV Bosses Confirm
By Maxine Harrison
What That Ominous 'Selling Sunset' Season 5 Finale Could Mean For Season 6
By Orla Pentelow and Brad Witter
Get The Very Best Of Bustle/UK