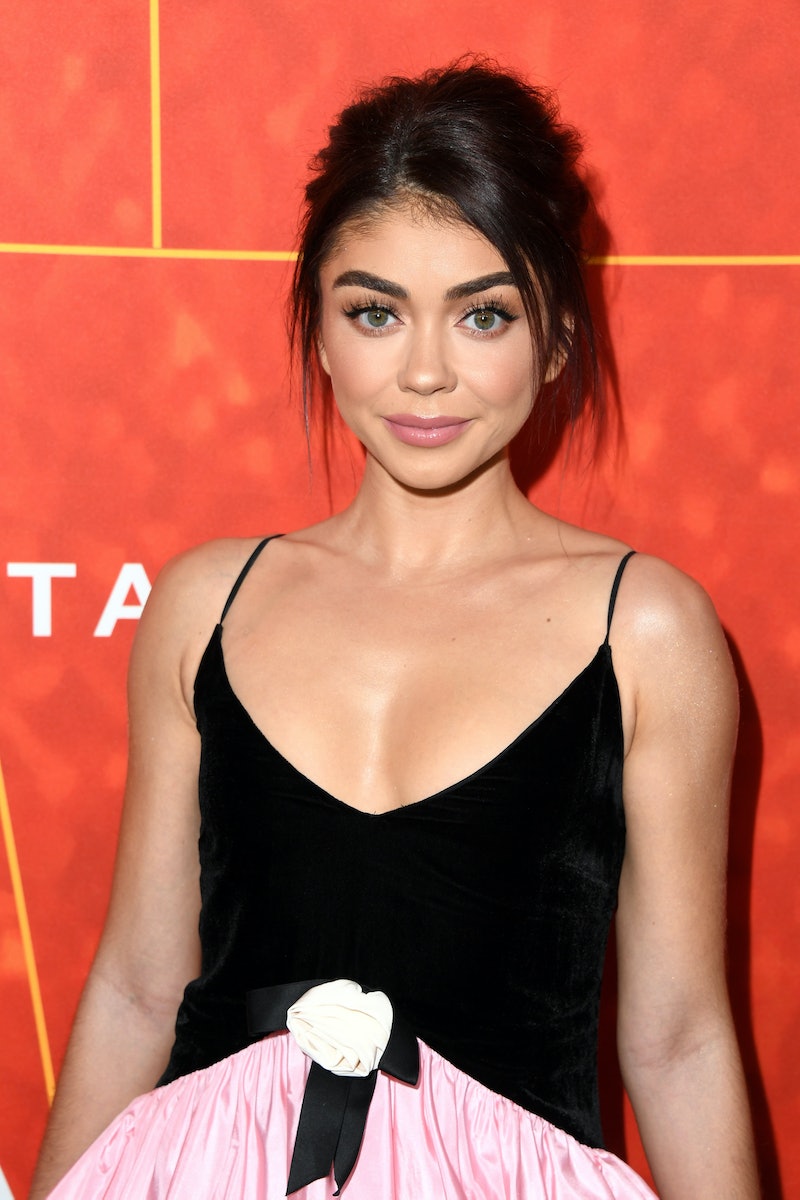 After bravely opening up about her health in an interview with SELF, a new report from People is shedding light on how Sarah Hyland's Modern Family castmates supported her through that difficult period in her life. Based on this report, it's clear that the cast of the ABC hit is truly a family onscreen and off.

A source told the publication that Hyland's costars on Modern Family were completely supportive of her as she underwent a second kidney transplant in 2017. "They’ve all been so understanding and supportive" they revealed about the cast, which includes Sofia Vergara, Julie Bowen, Ty Burrell, Jesse Tyler Ferguson, and amongst many others.

According to People, Hyland, who suffers from kidney dysplasia, needed to undergo a second kidney surgery in 2017 because her first donor kidney, which she received from her father in 2012, went into failure. After taking a break from the series, the actor returned to work on the Modern Family set weeks after she underwent the surgery in September 2017.

When she did go back to work, the rest of the show's cast and crew reportedly took extra precautions to make sure that Hyland was safe, since she was on immunosuppressant drugs and was especially susceptible to disease and infection. “They wore surgical masks so she wouldn’t get their germs,” a source told People, “It meant a lot.”

This latest report comes shortly after Hyland opened up about her health struggles in an interview with SELF that was published on Dec. 10. In the interview, the actor revealed that her health issues impacted her mental health particularly when her first kidney transplant "failed."

“I was very depressed,” she told SELF, “When a family member gives you a second chance at life, and it fails, it almost feels like it's your fault. It's not. But it does.” She also revealed to the publication that the experience caused her to have suicidal thoughts. “For a long time, I was contemplating suicide, because I didn't want to fail my little brother like I failed my dad,” she told the publication and continued to say:

"I had gone through 26 years of always being a burden, of always having to be looked after, having to be cared for because I've always had health issues ... Things like this can be really hard on a person."

Thankfully, Hyland is in a better place right now, in terms of both her physical and mental health, after experiencing six surgeries all within the span of a year and a half.

According to her interview with SELF, she is currently "stable" and "super happy with life." And it's clear that, based on People's report, Hyland is surrounded by loving friends, family, and coworkers who have been so supportive of her journey to happiness.