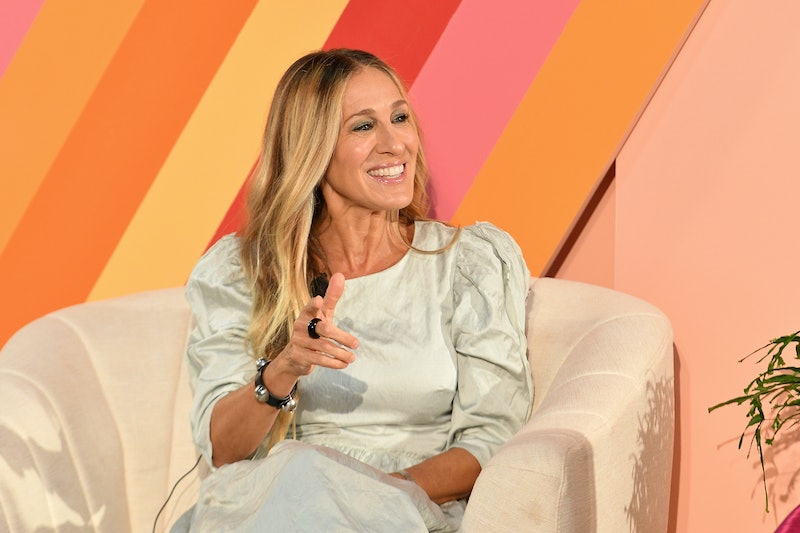 Do not adjust your monitor and, no, it's not April Fools Day. It was during a live streaming broadcast on the BBC that a news reader accidentally referred to a Brexit reporter as "Sarah Jessica Parker", when the reporter's name is was in fact just Jessica Parker.

The Sex & The City star learned about the funny blunder while on Australian panel show The Project and, needless to say, she was pretty darn shocked and equally as amused as everyone else heard about it. She said:

"My name was invoked in the midst of the Brexit? An international incident! I don't need to do anything else as long as I live. That's it for me."

SJP was on The Project to promote her new shoe line in Australia, which is due to launch. A fitting and shrewd business move for the woman who played a character so entranced by all things shoes, at the detriment of her bank balance. And who made the likes of Manolo Blahnik and Louboutins household names.

As you would expect, before SJP had even heard about this gaffe, which happened on Oct. 19, the whole thing had already become a meme.

I mean, TBH, if you think about it, the link between Sex & The City and the whole Brexit debacle isn't that implausible. A show about difficult, complex, hard-to-decipher relationships with major set backs and pitfalls along the way? Seems about right.

In terms of meme-worthy and lighthearted Brexit-related news, this one takes the biscuit for me.

More like this
Eurovision Has Been Given A Whole New Look Ahead Of Its Liverpool Debut
By Bustle UK
Olivia Colman Stars In First-Look Trailer For BBC's 'Great Expectations'
By Sabah Hussain and Sam Ramsden
Claire Foy Spoke Out About 'The Crown's Gender Pay Gap
By Sam Ramsden
Alan Carr's 'Changing Ends' Is A Witty Sitcom Based On His Own Life
By Darshita Goyal
Get The Very Best Of Bustle/UK
Sign up for Bustle UK's twice-weekly newsletter, featuring the latest must-watch TV, moving personal stories, and expert advice on the hottest viral buys.