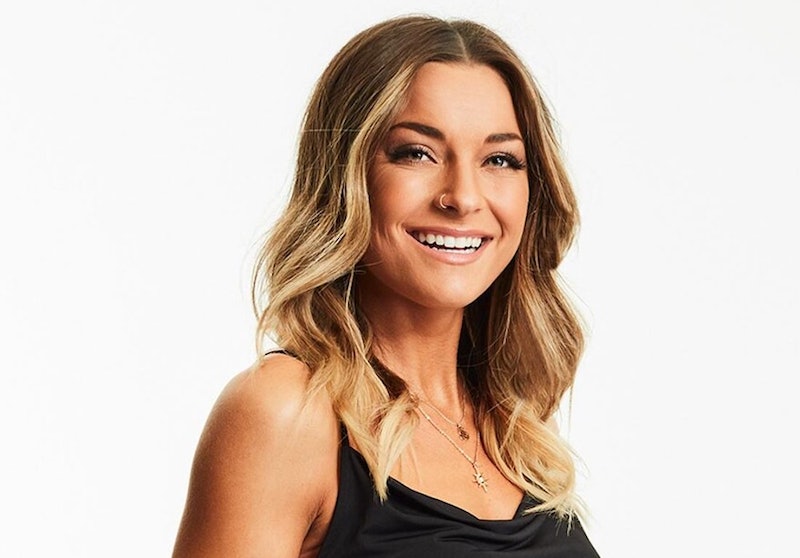 Drama continues to brew on The Bachelor: Listen To Your Heart. In the April 27 episode, Savannah was confronted by Julia after receiving a rose from Brandon the week prior. Julia, who Brandon didn't pick but told they could "figure things out" regardless, decided to pull Savannah aside to warn her that the folk singer may not be on the show for "right reasons."

"Ever since Chris Harrison said 'couple up,' you and Brandon have been all over each other,'" Julia said. "It feels disingenuous and it hasn't sat well with me." Though Brandon continued to stick with Savannah, the friction between both women has kept this love triangle alive. Below is everything you need to know about Savannah as you follow her journey on Listen to Your Heart.

Per her ABC bio, Savannah is 25-year-old who worked a corporate job before deciding to pursue a career as an acoustic pop singer. Once she realized that she "could not play it safe anymore," she quit her job and moved to Nashville, Tennessee, to focus on her music. She also taught herself how to play the guitar, and according to her official website, is a yoga instructor and model.

Savannah released her first single, "Inside Out," on April 17 with VannaMac Records. "If I could give my fifteen-year-old self a squeeze right now, it would be the purest, most teary-eyed, ecstatic embrace of all time," she wrote on Instagram of the release. "We've dreamt and worked a literal lifetime for this moment and I wouldn’t want to open this new chapter up with any other record than this one right here. I hope you love it as much as I do.”

With lyrics like, "It's getting hard to breathe when you're around me” and "You've got me feeling like I'm feeling for the first time," “Inside Out” is the ultimate pop ballad about falling in love, aka the ideal track for Listen to Your Heart.

Savannah’'s modeling work and love for yoga can be seen on her Instagram. She's repped by The Block Agency and regularly shares lifestyle snapshots in sponsorship with brands, like bridal boutiques Inbal Dror and Adorn Nashville and vegan cosmetics line CLOVE + HALLOW. As for her love for yoga, Savannah offers private lessons and special events for CorePower yoga classes that can be booked on her website.

What Is Savannah Doing After The Bachelor: Listen To Your Heart?

When she isn't promoting her time on Listen To Your Heart, Savannah is using her now elevated platform to speak out on important issues like mental health. In a recent Instagram post, Savannah admitted that she's struggled with anxiety and being consumed by fear for most of her life. However, she refuses to let those inner worries prevent her from living her life and pursuing her dreams — something that she encourages her followers to emulate.

"Take a few moments to pray, meditate, or whatever it is that helps you stay grounded and get your heart in the right place. And decide how you’re going to face your day, no matter the amount of uncertainties that may be awaiting for you," she wrote in the caption of a post on Wednesday, April 29. "And remember that controlling uncontrollable circumstances is an impossible task far too great for your little self, so handle what’s yours and just let the rest go."

So whether she wins or loses this competition in the end, Savannah will be just fine.