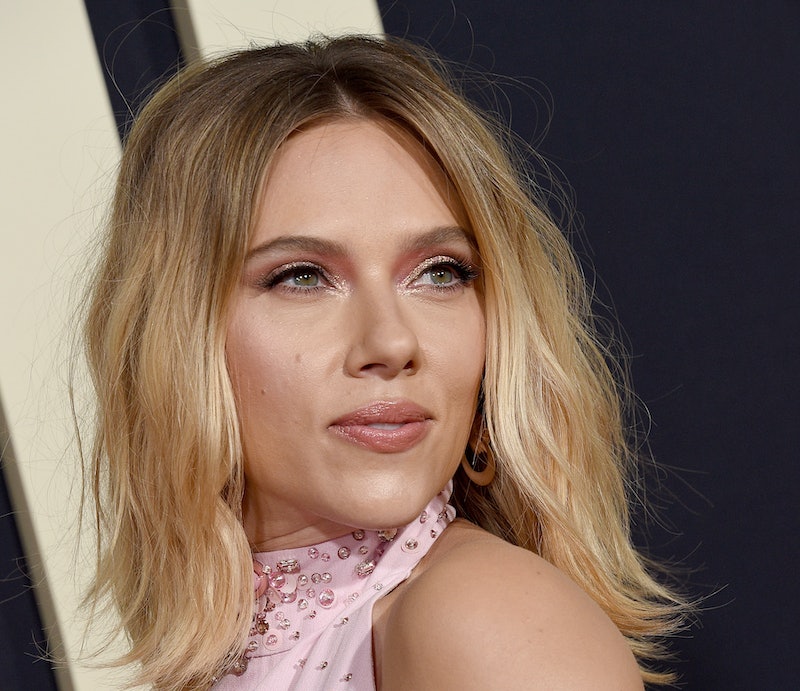 Scarlett Johansson may play Black Widow on-screen, but even the mightiest of heroes aren't immune to controversy, and the actor is no exception to that rule. During a recent interview with Vanity Fair, Johansson admitted she "mishandled" the Rub & Tug backlash she faced last year and wishes she had dealt with the public's feedback differently. “In hindsight, I mishandled that situation. I was not sensitive, my initial reaction to it,” she told the outlet.

The controversy began back in July 2018 after it was announced that Johansson, a cis-gender woman, was cast to play Dante “Tex” Gill, a transgender man, in the film Rub & Tug. The news quickly sparked outrage among the LGBTQ community and prompted several trans actors to voice their frustration over yet another cis, straight actor getting cast in a trans role. “I wouldn’t be as upset if I was getting in the same rooms as Jennifer Lawrence and Scarlett for cis roles,” Hustlers and Transparent star Trace Lysette wrote on Twitter at the time. “But we know that’s not the case. A mess.”

Johansson's response to the public outcry didn't help matters either. “Tell them that they can be directed to Jeffrey Tambor, Jared Leto, and Felicity Huffman’s reps for comment,” Johansson's rep told Bustle in a statement regarding the casting concerns. The backlash only increased, and Johansson ended up leaving the project entirely.

At the time, when she dropped out of the film just five days after her casting had been announced, Johansson admitted that she had a lot to learn. "Our cultural understanding of transgender people continues to advance," she said in a statement to Out.com, "I’ve learned a lot from the community since making my first statement about my casting and realize it was insensitive."

Now, over a year later, she's had the opportunity to think about it even more. And if the Avengers star could, she would go back in time and handle things differently. “I wasn’t totally aware of how the trans community felt about those three actors playing — and how they felt in general about cis actors playing — transgender people,” Johansson explained to Vanity Fair. “I wasn’t aware of that conversation — I was uneducated. So I learned a lot through that process. I misjudged that."

She also admitted that it took some much needed self reflection to fully comprehend the gravity of the controversy. "It was a hard time. It was like a whirlwind. I felt terribly about it," she continued. "To feel like you’re kind of tone-deaf to something is not a good feeling.”

More like this
Keke Palmer Hopes 'Lightyear' Will Help “Normalise” Same-Sex Relationships
By Sam Ramsden
Eva Reign’s Joyous Ascent
By Alyssa Lapid
What Does The Presley Family Think Of 'Elvis'?
By Arya Roshanian
Chris Hemsworth Joked That Baring His Butt In ‘Thor: Love And Thunder’ Was A “Dream”
By Brad Witter
Get Even More From Bustle — Sign Up For The Newsletter