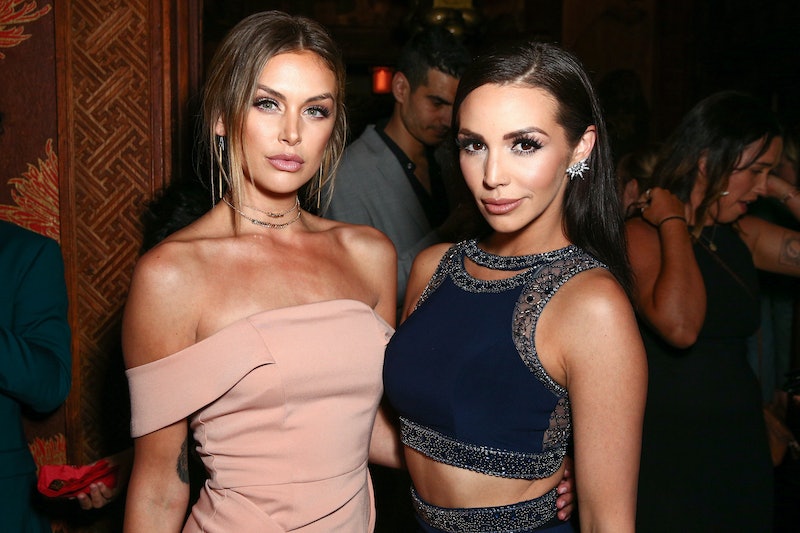 The Hatfields and the McCoys. Ramona and Bethenny. Batman and the Joker. Oil and water. Scheana and Katie. Some pairings will just always be at odds. That’s why it’s so interesting that in Season 6 of Vanderpump Rules (senior producer: Sandra Bansil), Lala is insisting that Katie and Scheana become best friends. Lala wants to keep the peace, which is kind and noble, but Lala is using feminism as an excuse to meddle, when in reality, feminism has nothing to do with why Scheana and Katie will never be besties.

At her core, Lala wants everyone to get along. And that’s cool and even sort of noble, but framing it as “new age feminism” is just off the mark. Urban Dictionary defines a new age feminist as “a woman who fights against the discrimination women face in the workplace and other facets of society… Unlike the old notion of feminism, the new age feminist does not demand to be treated the same way as a man. She demands that the differences between men and women are recognized, understood, and accommodated for.” I’m not here to argue about what kind of feminism is best and the like – but what can be objected to in Lala’s reasoning of trying to get her band back together, so to speak, is that it’s "because feminism."

Longtime viewers of Vanderpump Rules will recognize that Katie and Scheana have never truly been besties. There were times when the women tolerated each other more, but they have always been fighting or, at the very least, silently feuding. Lala may be feel responsible for the current tiff because she was the one who let the cat out of the bag re: Schwartz making out with another woman in a bar, but honestly, something would have come along eventually to spark another fight. Lala uses feminism as the excuse as to why Katie and Scheana would be friends, like they are not high-minded or enlightened enough to see this, but in reality, feminism doesn’t have much to do with Katie and Scheana’s relationship.

And don't get me wrong — Lala is a great friend. She lifts up the other women around her, she's very sex-positive, she's an ally to the LGBT community, and she seems to put a lot into her relationships. It's just that while feminism may mean that women should support respect other women’s choices, it doesn’t mean that every woman has to be best friends or even get along. If you are a feminist, you should let other women live just as they choose to live, but it doesn’t mean you have to invite them to dinner. The funny thing is, women are also humans, and every human has a different personality. Some people just don’t get along with other people — that’s just the way it goes.

For Lala to insist that Scheana and Katie would be braiding each other’s hair if they embraced Lala’s feminist doctrine is silly. Katie and Scheana just plain don’t like each other. Lactose intolerant people aren’t lactose intolerant because they haven’t embraced dairy. People with celiac would still have celiac if they opened their mind to the higher powers of gluten. Some things just don’t mix, and here, it’s Scheana and Katie. Lala would be better off cutting her losses, telling both women not to talk badly about the other in Lala’s presence, and continuing on with her life. You’re not going to like everyone in life, and the sooner Lala realizes that, the sooner she can stop wasting her breath.

It’s nice that Lala wants everyone to get along, but frankly, it’s not going to happen. And Vanderpump Rules wouldn’t be an interesting show at all if they did. Viewers tune in for drama and fighting and rants about pasta. It’s notable that Lala is such an ardent feminist that wants to further the agenda of women’s rights, but her insistence that embracing feminism can help relationships is simply misguided.