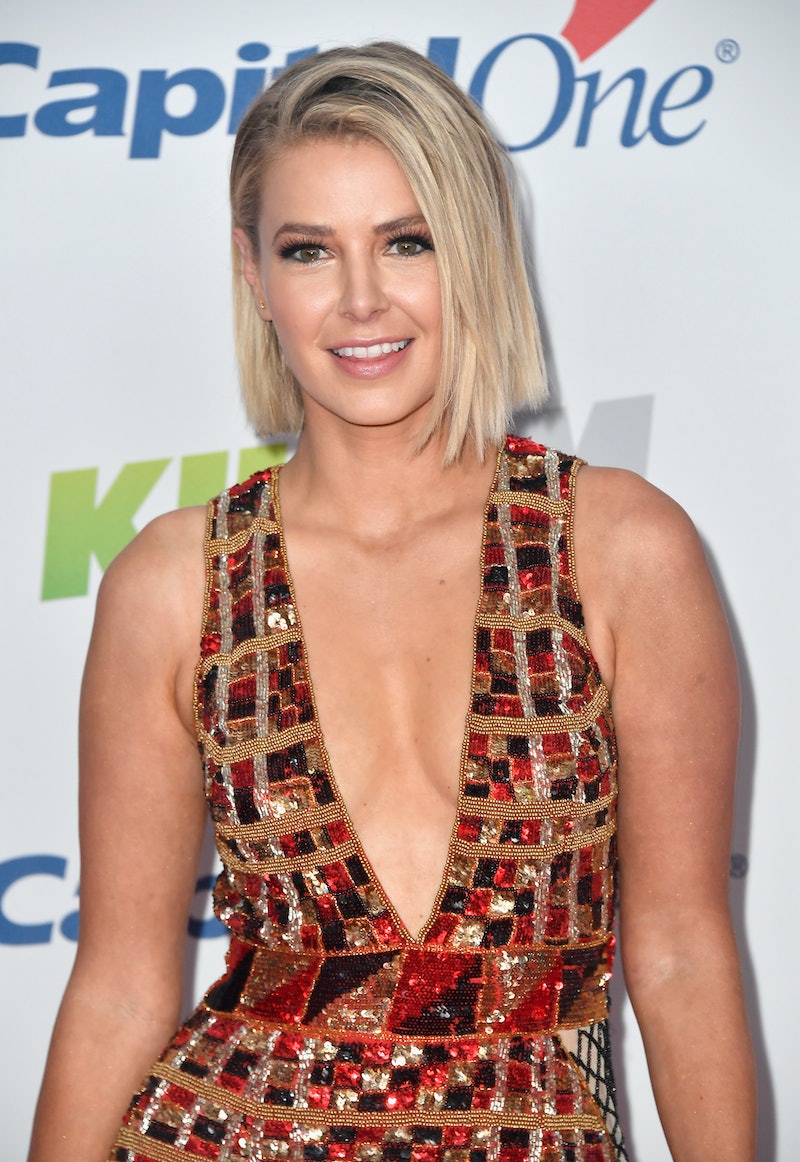 Vanderpump Rules (producer: Sandra Bansil) is usually a fun-filled romp starring the young and trendy SURvers of Lisa Vanderpump’s most famous restaurant as they kiss each other, fight with each other, and possibly (if you’re Jax, anyway) steal sunglasses while on a lovely vacation to Hawaii. But Season 6 has taken a darker, more dare-I-say realistic turn. Not only are there an aggressive amount of cheating issues on the show right now — Jax cheated on Brittany, Tom Schwartz cheated on Katie, and Rob, Scheana’s boyfriend, may have cheated on Scheana — but Ariana and Tom Sandoval, the show’s best couple (fight me), aren’t 100 right now either. But it’s not because of cheating. In the Jan. 8 episode, Vanderpump's Ariana opened up about a prior abusive relationship and how it's causing her to pull away from Tom.

Ariana and Tom are Vanderpump Rules’ best couple because they actually seem like they like each other, and they treat each other as equals. All couples fight, of course, but these two seem made for the long haul, even if marriage as it’s traditionally defined isn’t on Ariana’s list (she’s said this many times over the course of the show). Since Season 6 started, Tom has complained that he and Ariana don’t have sex anymore. And it’s not complaining because he just wants to have an orgasm — he wants to feel close to his partner, and that’s totally understandable. But until now, we haven’t heard Ariana’s side of the story.

Ariana and Lala (who is a fantastic person and friend) were shopping, and Ariana admitted that she just wasn’t into “p in v” sex right now. Lala asked if that just meant that Ariana just focuses on oral or digital sex, and Ariana told her that actually, sex with Tom isn’t really on the table right now, and it’s all because of something that happened in her past. Ariana said:

“I was in a really mentally and emotionally abusive relationship where I was told that my vagina was disgusting. And I have cellulite. And why do you wear that? And why don’t you dress like this? And how come you don’t look like those girls? Those things don’t go away.”

This is an amazingly big confession to make on national television, and I give total props to Ariana for deciding to admit her insecurities in front of an audience of millions. Ariana’s experience is relatable to millions of women. Everyday, as women, we are told — whether by a partner, a family member, or just the public at large — that some part of us isn’t good enough. Our pores are too big or our butts are too small or we’re too stupid to succeed. Those repeated messages could weigh heavily on a person, especially if they come from someone close to you, and they can be hard to overcome.

Ariana’s other good move was telling Lala about this. Lala is a girl’s girl, and she seems like a truly great friend. She doesn't tell Ariana that she's overreacting or acting "crazy." Instead, she encourages Ariana to appreciate herself first, and was understanding and nonjudgmental. "I want every woman to know her... worth," Lala says, and I agree!

In a confessional interview, Ariana said, “I’ve always had these issues with my self-esteem, with my body, these things from my past, and when Tom and I first started dating, I think the newness was so exciting that I kinda just didn’t hear it in my own head.” Now that some time has passed and she and Tom are comfortable, those old voices are creeping in. Ariana doesn't accuse Tom of acting in any way similar to this prior partner, but those old wounds haven't healed. Perhaps her next move should be to talk to Tom about all of this, and if she has and it’s still not helping, to perhaps talk to an objective professional to help her work through these issues.

That said, moving past emotional abuse isn’t easy, and Ariana’s moment of openness was a welcome eye in the hurricane that has been Vanderpump Rules. I can’t say that I can relate to the screaming and bickering and cheating, but I can relate to feeling less than or not enough. Vanderpump Rules may be a “silly” reality show, but it’s in these moments of honesty that the show’s is its best and most authentic self.