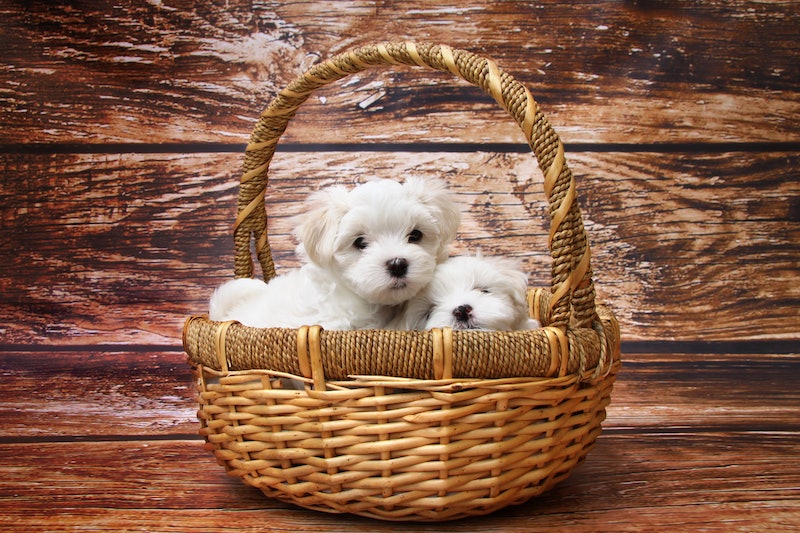 Science may have discovered a possible answer to the question that partner-seeking humans have forever been asking: What’s the secret to a happy relationship? While things like communication, honesty, and similar taste in binge-able Netflix shows may contribute to a solid partnership, a new study suggests that the answer may be even simpler: puppy pictures. You read that correctly, the key to a happy marriage could be cute animal photos.

Their findings? Participants who looked at pictures of happy things while evaluating their marriage had better implicit feelings about their spouse.

One hundred and twenty couples who had been married for three or four years participated in the study. Over the course of six weeks, participants were shown images of their partner interspersed with either images of positive stimuli (like baby animals) or neutral stimuli once every three days. Participants took surveys that gauged relationship satisfaction before, during, and after the course of the six-week test. At the end of the study, people who saw pictures of their spouse paired with bunnies, puppies, or other positive stimuli became happier with their relationship. Both feelings about their relationship and their partner improved over the course of the study.

“It was like they went on 13 artificial good dates,” the study’s lead researcher Jim McNulty told The Wall Street Journal. More interestingly, it’s like the participants went on a bunch of dates that were made better because of unrelated good things that happened. As McNulty told Daily Mail, “One ultimate source of our feelings about our relationships can be reduced to how we associate our partners with positive affect, and those associations can come from our partners but also from unrelated things, like puppies and bunnies.” So, a good date can arguably be as good for your relationship as, say, being with your partner when you see a super cute pug.

If some of this sounds vaguely familiar from Psychology 101, you’re probably thinking of Pavlov’s dogs. In that famous example of behavioral conditioning, physiologist Ivan Pavlov conditioned dogs to associate the sound of a bell ringing with receiving a treat. Because the dogs started salivating when they knew they were about to receive a treat, Pavlov was ultimately able to condition the dogs to salivate when they heard the sound of a bell.

The sole purpose of this recent study wasn't just to use puppy pictures as couple’s therapy. As the A.V. Club points out, the study was done as part of the Military Suicide Research Consortium and funded by the U.S. Department of Defense. The study is part of an effort to combat the suicide rate among veterans and active members of the military and find ways to strengthen soldiers’ relationships with their spouses.

While the study doesn’t appear to have been limited to military couples, the results are reassuring in the efforts to promote mental health among veterans and strengthen personal relationships. At the very least, those cute cat gifs you and your partner text back and forth might actually beneficial for your relationship beyond, you know, their aforementioned adorableness.