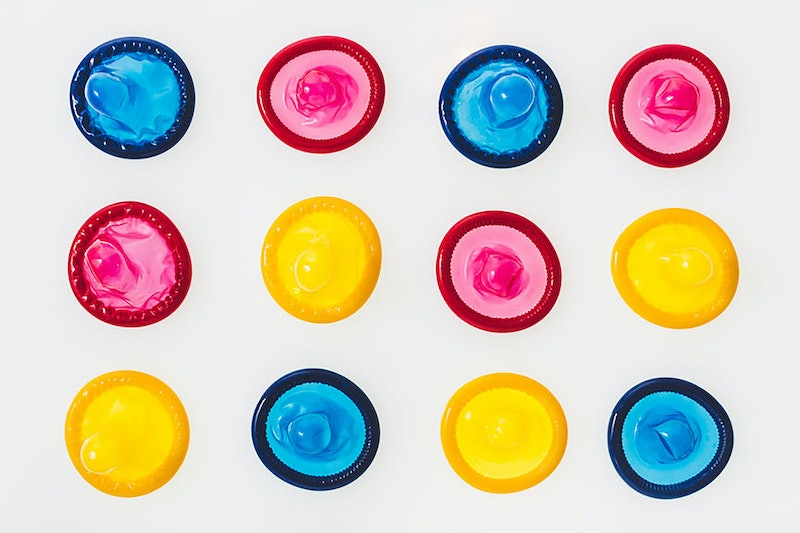 Over the last 50 years, a lot of research has gone into making sex fun and safe. Whilst the pill revolutionised birth control and there are now many more options out there to prevent unwanted pregnancy, condoms are still the only way to protect yourself from diseases. Practising safe sex is so incredibly important but there is no denying it, the fumbling around to find a condom and lube can be a little awkward. Well that problem may have now been solved as scientists have designed a self-lubricating condom that becomes slippery on contact with body fluid. But how exactly does it work and is it really that different to regular condoms and lube?

Lubricants can be used alongside the male condom to reduce friction in sex, but the process when you’re in the moment can be a little bit off putting. Using lube can take several applications, which is pretty disruptive and can also be really messy. Research published in the Royal Society Open Journal reported that scientists hope that the development of a self-lubricating condom will "decrease friction-associated pain, increasing user satisfaction and increasing condom usage."

A survey conducted by Public Health England and YouGov found that, of the 2,000 16-24-year-olds they surveyed about sexual health, 47 percent said they had slept with someone new without using a condom and one in ten had never used one. When BBC Newsbeat investigated the study, it found that the main reason people were not using a condom was because they said sex felt better without one. Researchers want to combat this.

The research into this new condom, which received a $100,000 grant and was backed by the Bill and Melinda Gates Foundation, found that the self-lubricating condoms can withstand 1,000 thrusts without losing its slipperiness compared to 600 thrusts with water-based lubricant and regular condoms. On average, sex lasts half of this but it is good to know that you are covered.

Speaking about the development to the BBC, Bekki Burbidge, from the sexual health charity the Family Planning Association, said: "We welcome new innovations to encourage condom use. Condoms are the only method of contraception that also help to protect against STIs, so it's important that people feel confident and comfortable using them."

The study surveyed 33 men and women to establish the effectiveness of the self-lubricating condom, whether it actually worked, and whether the testers thought they were a better alternative to what is already on the market. A massive 73 percent came back saying they preferred the self-lubricating condom because it stayed slippery for longer and for this reason it may increase their condom use.

Professor Mark Grinstaff, from Boston University, who worked on the self-lubricating condom said: "It feels a bit slimy when you handle it dry, but in the presence of water or natural fluids it becomes really slick. You only need a little bit of fluid to activate it." He reported that clinical trials could begin as early as 2019 with couples.

Finding the contraception that suits you best and staying safe is so important. And anything that can ease that process along is a bonus. It looks like the future is bright for the self-lubricating condom and who knows? It may be on shop shelves in 2019.

Burbidge from the Family Planning Association added: "Lubrication can make sex more comfortable and enjoyable so we encourage people to try out different water-based lubricants as well as different sizes, shapes and textures of condoms to find out what suits them and enhances their sexual pleasure." And I couldn’t agree more. Find what is good for you and if the development of a self-lubricating condom opens up a conversation about condom use then that can only be a good thing in my eyes.

More like this
The 19 Best Tweets & Memes About Bisexual Awareness Week
By Lexi Inks
These 4 Signs Are The Seductive Sirens Of The Zodiac
By Brittany Beringer
Are Quality Time & Gift-Receiving Love Languages Compatible?
By Lexi Inks
10 Creative Sexting Ideas That Don't Involve Nudes
By Lexi Inks
Get The Very Best Of Bustle/UK