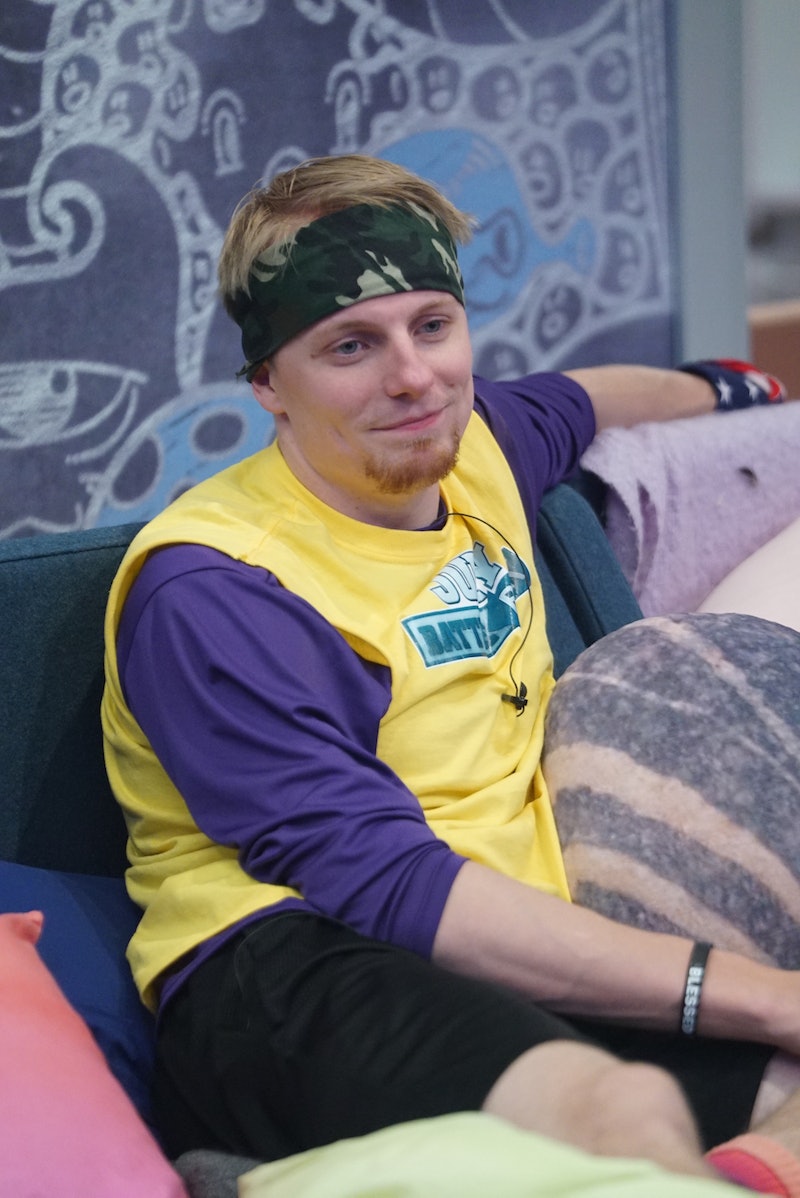 Emojis ran high tonight on BB20 as the number of houseguests dwindled. And while the veto competition took place on Wednesday's episode, the results didn't change anything. Haleigh and Scottie were on the block, but after Kaycee won the coveted golden necklace, she opted not to save either houseguest from eviction. Since they're the last remaining members of FOUTTE/The Hive, things are looking bleak for the two of competitors. So while he just rejoined the game, Scottie is likely going home again on BB20.

As fans will recall, Scottie was evicted on Aug. 23 by a unanimous vote. However, the shipping manager was able to battle his way back into the competition by beating out other evicted houseguests. While Scottie and Haleigh have limply teamed up now that Fessy is gone, neither one is feeling particularly confident. Not to mention the fact that their fate is in Tyler's tanned hands. Not only did the HoH admit to being on a power trip, but after Tyler nominated Scottie for eviction, he apologized and said he was a pawn. If this is really the case, then that means Haleigh is the target for Thursday's eviction. But if it's not, then Scottie's being lied to.

So who's really going home next? Scottie shouldn't get too comfortable, because the people who voted him out are still in the house, and other than Tyler, they haven't changed their minds. Speaking of the lifeguard, he wants Haleigh out instead. The HOH told Scottie as much, which prompted him to turn around and tell Haleigh that he was a pawn.

What's more, when Haleigh asked Tyler about his plans, he was super coy and didn't give her a definitive answer. And while he has no reason to answer her honestly, she still got frustrated. "Tyler lives in a bush, and all he does is beat around it," she lamented in a DR. However, the houseguest's frustration rubbed some fans the wrong way. "Haleigh was super annoying this week," Redditor illini02 said. "She goes after Tyler twice, but is mad that they are going after her? Then she thinks she deserves honesty from him about who his target is?"

However, as Citizen_Concerned_A pointed out on Reddit, "Haleigh believes she's truly the target, and now plans to 'better her social game' clearly to gain votes for her. In reality, Scottie is likely going home anyway, so when he doesn't she's going to think she become some sort of social genius and saved herself."

And as several fans joked on Reddit, including biggsteve81, Scottie doesn't know (get it — like the song?) that the house wants him out. All he has is Tyler's word, and it remains to be seen whether he's good for it. So unless the HOH decides to go against his alliance members (which doesn't seem like a great idea), Scottie is donezo for a second time. As BTFU_POTFH said on Reddit, "Well, good try scottie. Enjoy hanging out with the rest of foutte. Again."

So unless Tyler uses his lifeguarding skills and brings Scottie's Big Brother career back to life, fans should prepare to say goodbye to their beloved shipping manager. But don't tell Scottie, 'cause Scottie doesn't know.