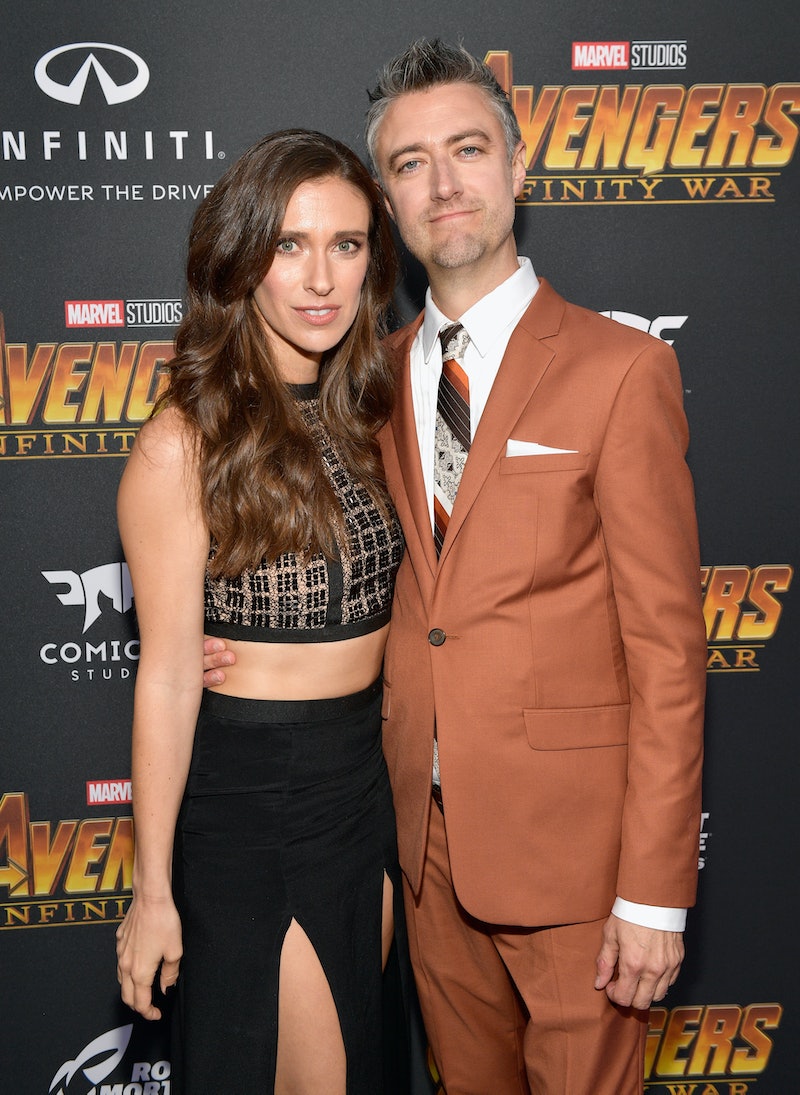 The real-life Kirk found his real-life Lulu. Earlier this summer, former Gilmore Girls star Sean Gunn got married to director Natasha Halevi, People recently reported, and there were so many familiar faces in attendance. The whole thing looked like it could have been straight out of Stars Hollow — which is to say that it looked pretty picture-perfect.

While the actual wedding went down on June 15, the newly-married couple only recently decided to share some exclusive details about their big day with People. The ceremony itself was held on Catalina Island in southern California, and was officiated by Gunn's brother, Guardians of the Galaxy director James Gunn.

His wasn't the only famous face in the crowd, though. Gilmore Girls creators Amy Sherman-Palladino and Dan Palladino came to celebrate with Gunn, as did Keiko Agena, who played Rory Gilmore's best friend Lane. Agena actually posted a ton of pics from the wedding on her Instagram page, including a few of her and Sherman-Palladino.

In the background of one of Agena's photos with Sherman-Palladino, you can see a bunch of picnic blankets spread out on the grass. That's because the couple told People that they chose a "wedding picnic" theme for their big day, which is so adorable and so Stars Hollow.

"We really wanted to break the wedding rules so everyone would have space to have fun and be themselves," Halevi told People. "We started by giving a dress code of '1920s disco ball goes to the beach,' which basically meant: be fun, be fabulous, be colorful, be shiny, be awesome," she continued to explain. "We wanted to get rid of the fear of outshining anyone — and our friends definitely brought it!"

Gunn later added, "Ultimately, encouraging our loved ones to be creative is what made it feel so joyful for us," he said of their big day. "I try not to use the word 'perfect' too often, but damn if it wasn’t really close."

Gunn — who starred as the eccentric-yet-lovable Kirk Gleason on Gilmore Girls — and Halevi first crossed paths in 2017, the actor revealed in an Instagram post. They got engaged in June 2018, while vacationing in Kyoto, Japan.

"I asked @tashalitas to marry me and she said yes," Gunn wrote in another post at the time. "Or to be more precise she said, 'a million times.'" Aww. How sweet is that?

Halevi shared some additional details about the proposal via her Instagram Story (as previously reported by Bustle), and it's probably going to make you swoon. "We were out on the balcony and caught our reflection," she wrote. "I think I said something like, 'Hey, we're pretty awesome by ourselves but we're pretty damn good together.' And then HOLY SH*T. SEAN GUNN GOT DOWN ON HIS ACTUAL KNEE AND PULLED OUT AN ACTUAL BOX WITH AN ACTUAL RING AND ACTUALLY ASKED ME TO MARRY HIM!"

See? Adorable. Gunn and Halevi totally seem like they were made for each other. Congrats to the happy couple on officially tying the knot!