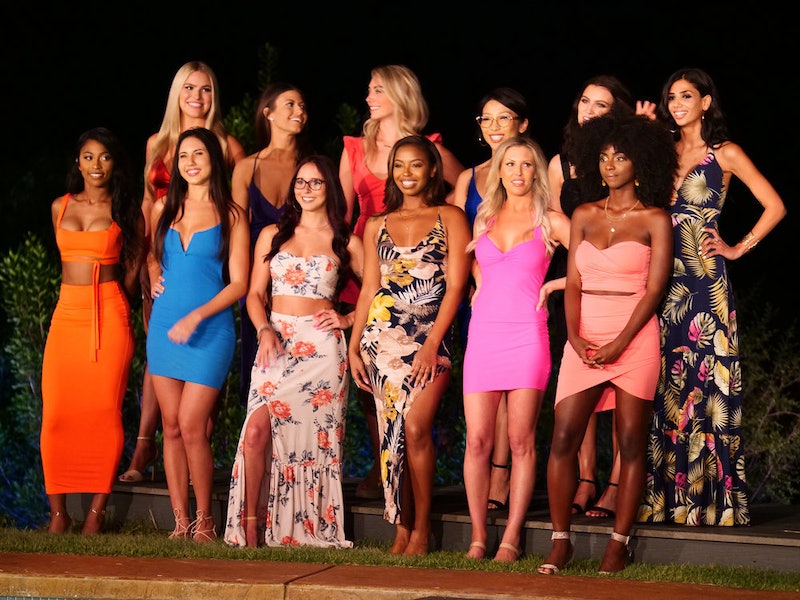 They may be in much different places in their personal lives, but the Temptation Island singles go on the show for the same reason as the couples: for love. Yes, the couples are there to figure out if they're with the right person, and yes, the singles are mostly just there to help test that theory. But if some of the couples ultimately realize they're not in the right relationship, the singles are also hoping to have a love story of their own.

According to host Mark Walberg, this differs from the original iteration of the show, which ran from 2001 to 2003. "Originally, the singles were simply there to tempt," he explained to Us Weekly in 2018. "[In the reboot], we make sure to iterate that the singles are also looking for love. They've had their ups and downs, too."

That being said, the singles are obviously much less likely to find love than the couples. They only have four potential matches to get to know — all of whom are already dating someone — whereas the couples can either strengthen their pre-existing relationships or form new connections with some of the 16 singles in each house. Here are the men and women hoping to beat those odds on Temptation Island Season 2.

According to his USA bio, Aden is a 27-year-old regional sales manager from Philadelphia. His parents have been married for 30 years, and he's looking for a partner he can be with for just as long.

Alex is looking for a girl to bring home to his family in Fullerton, California. The 27-year-old operations coordinator says he has been cheated on in every relationship, but he's still hopeful.

Ben is a veteran from Arizona who's "over casual flings" and wants to find the "real thing." The 25-year-old also has three sisters, which he thinks has helped him learn what women want.

Chris is a special education teacher living in the Bronx. He is "always on the go" and looking for someone who can keep up with his life.

This 27-year-old mergers and acquisitions consultant lives in Austin, Texas and is looking for his "partner in crime."

Colleen is a 22-year-old Program Manager based in New York City. She says she's ready for a relationship that is "real and stable."

Deac is a 25-year-old e-commerce entrepreneur and self-described "mama's boy." He says his ex girlfriends all met "the one" right after their relationship ended, and he's hoping to end that pattern on Temptation Island Season 2.

Dominique lives in Marina Del Rey, California. The 29-year-old entrepreneur says he "knows how to treat a woman right."

Darby is a divorced fashion designer based in Atlanta. The 30-year-old horseback rider is ready to find love again.

Jose owns a restaurant in Sherman Oaks, California. He wants to find a woman who he considers "wifey material."

KB is a 6'5'' realtor who lives in Long Beach, California. According to his USA bio, the self-proclaimed ladies man is looking for someone "loyal, supportive, and ambitious with similar values."

Kari lives in Collingswood, New Jersey. She is a 29-year-old legal assistant.

Medinah is podcast host from Atlanta who recently turned 30. She's looking for a man who can "keep up with her sass and spunk."

Melisza considers herself to be "the life of the party." The 21-year-old model lives in Sunrise, Florida.

Mia is both a model and a retail manager from Wisconsin. In her USA bio, Mia described herself as a "hopeless romantic."

South Carolina native Payton is a bartender hoping to start a career as a social worker.

In her USA bio, Rachel said she wanted to find her "ride or die." She is a 25-year-old swimwear designer who lives in New York City.

Sam owns her own modeling agency in Nevada. The 26-year-old businesswoman wants to find a man who can "handle her self-confidence."

Samantha is a 29-year-old flight attendant who just ended an eight-year relationship.

Shawn manages a fitness company in Boise, Idaho. The 30-year-old is ready to meet the right woman and start a family.

Toneata is a former Miss Oregon USA. Now, she's a model and an entrepreneur who lives in Los Angeles.

Tracy, a 29-year-old paralegal, is done with the "L.A. dating scene" and ready to find the right guy.

More like this
Love Island’s Latest Winter Season Finally Has A US Release Date
By Grace Wehniainen
Every Season Of 'Love Island' Ranked Best To Worst
By Alice Broster, Frances Stewart and Sophie McEvoy
Zach Addressed His "Boring Bachelor Energy" After His Group Date With Latto
By Grace Wehniainen
Here's Everyone Who Will Be Competing In 'Survivor' Season 44
By Brad Witter
Get Even More From Bustle — Sign Up For The Newsletter
From hair trends to relationship advice, our daily newsletter has everything you need to sound like a person who’s on TikTok, even if you aren’t.