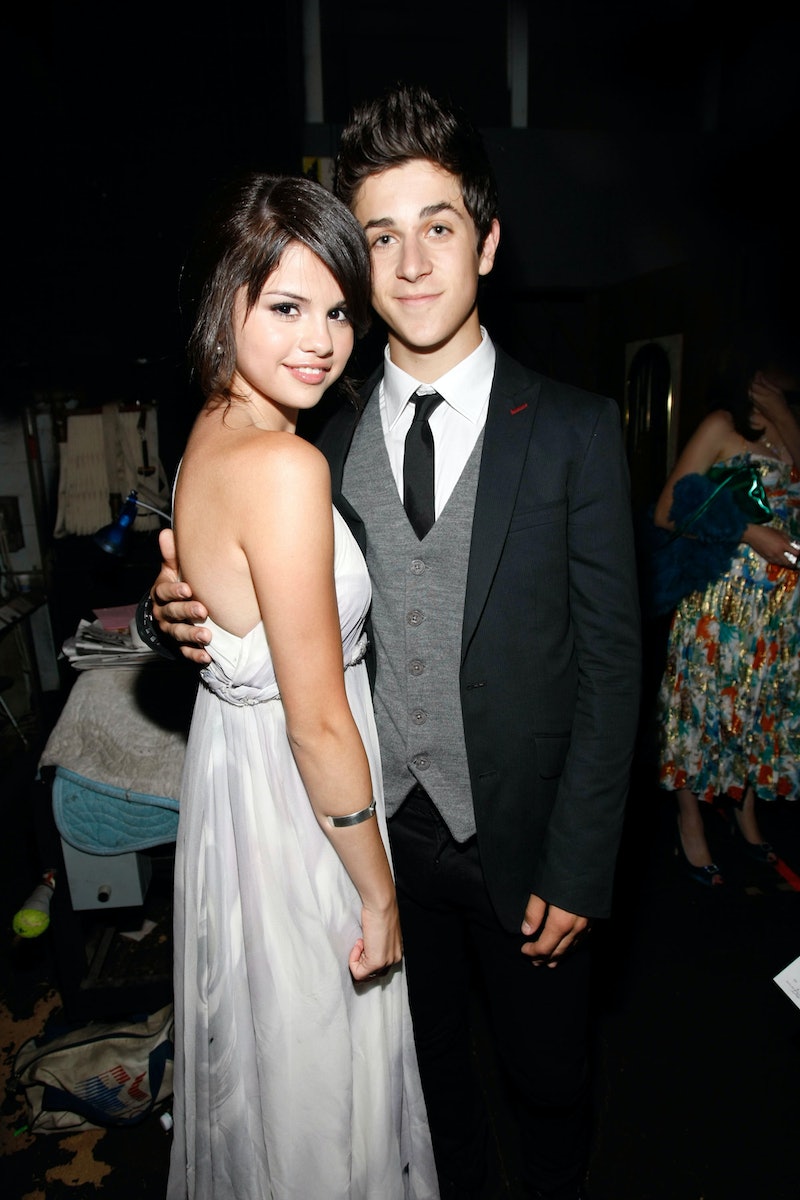 Reboots are everywhere these days, but when an idea that's rooted in the deep bonds of a show's cast comes along it's hard not to argue for one more. That's definitely the case for Selena Gomez and David Henrie's Wizards of Waverly Place reboot idea. In a new video interview with ET Live, Henrie shared the complex plot he and Gomez have come up with just in case Disney ever decides to get the Russo family back together again.

Per the video, Henrie and Gomez's ideal reboot would find the Russo kids all grown up and living their own lives at the start of the series. As he pointed out, the Disney Channel favorite ended with Gomez's Alex being appointed the family wizard, and the actors seem to think that would cause a natural rift among the siblings. "What made the Russos special is that we were a family," Henrie said. "So the show ended, someone won the competition. We want to start the show a few years later — start them off at the worst place ever so throughout the series you give them a nice beautiful arc of reuniting.”

He continued, "So start them out divided, Alex is a fashionista off killing it in some other part of the realm, Justin's like the principal who has a family now … Max has the sub shop but it's run-down. Start us all completely discombobulated and then throughout the course of the series you bring us all together."

The idea is a great one, but it's even better when you realize how much time Henrie and Gomez must have spent discussing it.

As Henrie shares in the interview, this is an idea he and his onscreen sister concocted together. "We sit and talk about it all the time," he explained to ET Live. "It's not formal, but Selena and I sit and we talk about what would the reboot be. We have a whole take. We have a whole thing."

It's not just nostalgia that bonds these two stars, though. They have a strong friendship that goes beyond Wizards of Waverly Place. According to Henrie, Gomez has already met his daughter, Pia, who was born in March. "We really were a family, we really loved each other so much," the actor said. "I’m still very good friends with pretty much all of the cast, Selena and I are still super close."

That closeness is something they haven't been shy about sharing with their fans since the show ended. In April 2017, Gomez attended Henrie's wedding to Maria Cahill, per People, and in 2018 they spent Independence Day together at Disney. According to Teen Vogue, in 2018, the TV siblings also vacationed together in Italy. And those are just the reunions that they've shared with their fans, it sounds like these two have made it a point to always keep in touch. Starring in a reboot together is a great way to make that happen, but even if the Russo family never reunites onscreen, the friendship between Gomez and Henrie means the show will remain special to viewers and the stars.

More like this
Ashton Kutcher Wants Danny Masterson “To Be Found Innocent” In Rape Retrial
By Jake Viswanath
'Abbott Elementary' Fans Probably Missed This 'Parent Trap' Easter Egg
By Sam Ramsden
At 28, Debra Jo Rupp Was Living A Much Different '70s Show
By Grace Wehniainen
At 28, Rosie Perez Risked Her Career To Stop Playing Stereotypes
By Gabrielle Bondi
Get Even More From Bustle — Sign Up For The Newsletter
From hair trends to relationship advice, our daily newsletter has everything you need to sound like a person who’s on TikTok, even if you aren’t.