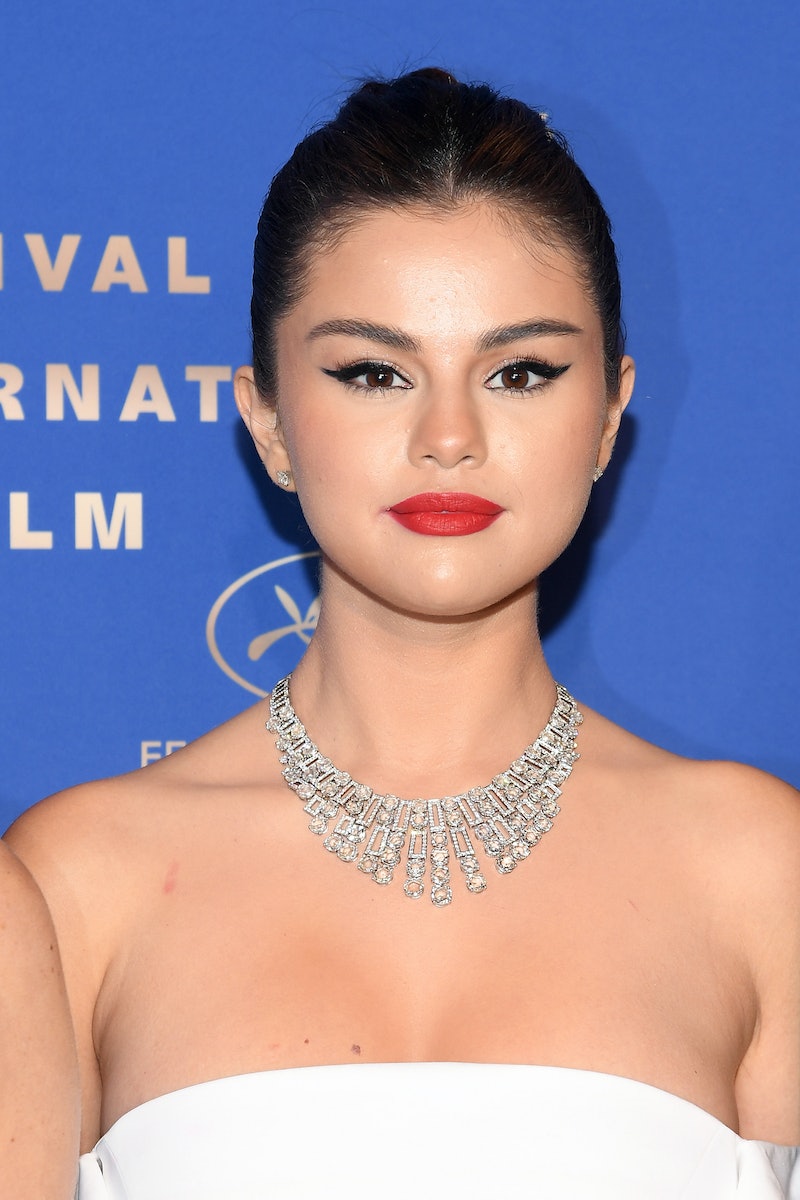 While Living Undocumented, is not the first Netflix project Selena Gomez has been involved with, it is a documentary that she strongly relates to. In an essay she wrote for Time published on Oct. 1, Selena Gomez explained why Netflix's Living Undocumented, streaming on Netflix on Oct. 2, is so personal to her and why she wanted to be a part of the project. Gomez wrote in the essay, "I watched footage outlining their deeply personal journeys and I cried. It captured the shame, uncertainty, and fear I saw my own family struggle with."

She went on to reveal in the essay, "In the 1970s, my aunt crossed the border from Mexico to the United States hidden in the back of a truck. My grandparents followed, and my father was born in Texas soon after. In 1992, I was born a U.S. citizen thanks to their bravery and sacrifice."

Gomez's family background, as well as the current immigration crisis in the United States were cited among her reasons why she got involved in the documentary as an executive producer. The ACLU reported that 2,654 immigrant children were separated from their families at the Mexican-American border due to President Donald Trump's current border policies. "I’m concerned about the way people are being treated in my country," Gomez wrote in Time. "As a Mexican-American woman I feel a responsibility to use my platform to be a voice for people who are too afraid to speak."

In the essay, Gomez says she believes that immigration is "a human issue, affecting real people, dismantling real lives ... How we deal with it speaks to our humanity, our empathy, our compassion. How we treat our fellow human beings defines who we are."

Living Undocumented is a Netflix documentary series that chronicles the lives of eight undocumented families facing deportation from the United States. This isn't Gomez's first involvement in a Netflix project. She is also an executive producer for the scripted series 13 Reasons Why.

Gomez is speaking out about the immigration crisis in connection with Living Undocumented, but this isn't the first time she has spoken out about the topic. is In a June 28 Instagram post, Gomez spoke out about the border crisis and the inhuman conditions people are facing while in custody. The singer and actor posted a black and white photo of herself with the following caption:

While Gomez has a familial and personal connection to the documentary's concept, there are eight different stories to follow in Living Undocumented that might strike a chord in viewers due to the topic being a major one in the news today.