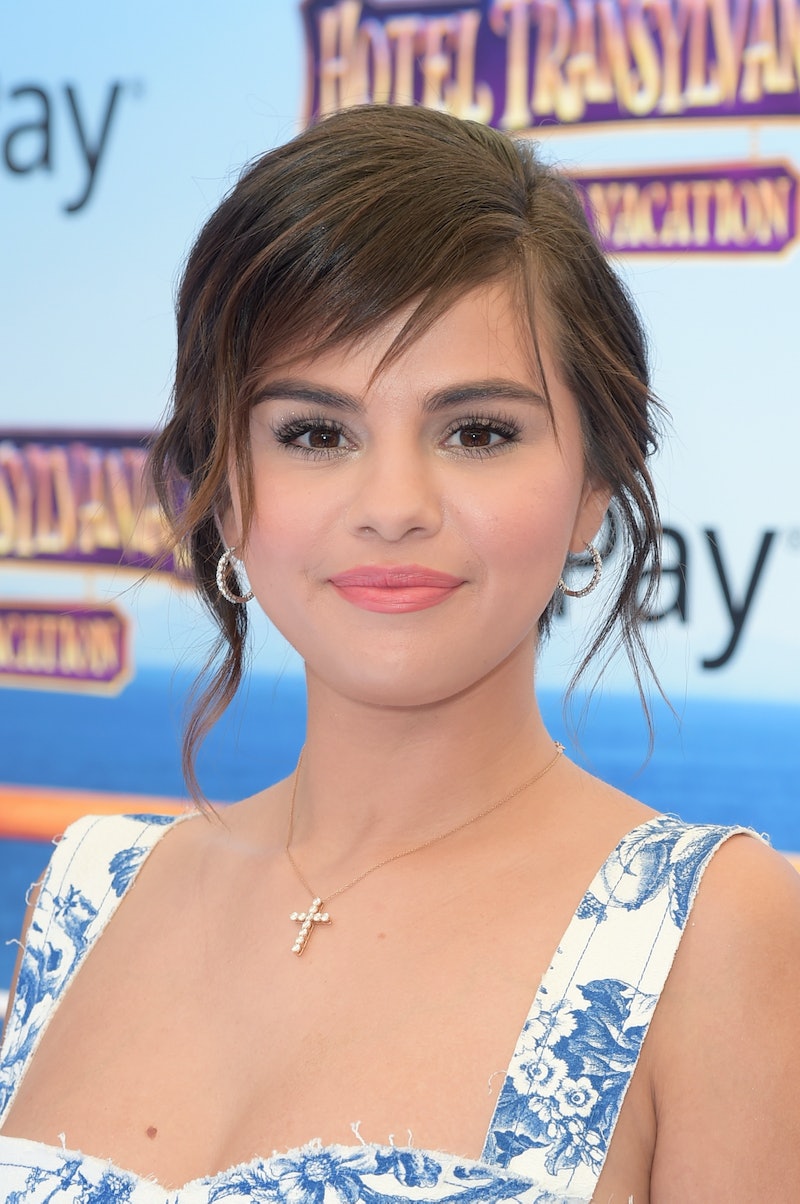 In light of the reports about Justin Bieber and Hailey Baldwin's engagement, some were wondering what his ex, Selena Gomez, thought about the situation. Well, she hasn't directly commented on the news yet. But a recent Instagram photo may be all you need to gather what Gomez's response to Justin Bieber and Hailey Baldwin's engagement is, as E! News reported. Suffice to say, the singer is nothing but carefree.

EARLIER: Theresa Mingus, Gomez's friend and assistant, posted a photo of herself and the "Wolves" singer lounging on a yacht near New York City. Interestingly enough, the photo was posted on July 8 shortly after the news broke about Bieber and Baldwin's engagement. (Bustle previously reached out to reps for the couple for comment, but did not receive an immediate response.) In the snap, the singer was all smiles as she posed with her friend. Basically, Gomez is too busy living her best life to concern herself with what her ex is doing.

In addition to the photo, a source at Us Weekly also gave a little bit of insight into how Gomez is reportedly feeling after her ex's big news. An insider claimed to the publication, "Selena doesn’t care. She’s over Justin and the last time they broke up allowed her to get over him fully." There you have it, folks. Not only is she fully over her on-and-off beau, but she's in a totally unbothered place in light of her ex-boyfriend's whirlwind romance.

After the engagement news broke, there were more than a few negative responses on social media that implied Gomez must be feeling down about the whole situation. While some were tweeting up a storm about what they thought she was feeling, Gomez was too busy having the best time on a yacht with her friends. So, there's no need to worry about singer, OK?

The reason people were wondering what the former Disney star was thinking is likely because of her lengthy relationship history with Bieber. In fact, the pair only recently broke up in March, after reconciling months before in October 2017, per Us Weekly. A source told the publication that they were on a "break" and that their issues mainly had to do with Gomez's family. Apparently, her family members, and her mother, Mandy Teefey, in particular, "don't trust Justin."

Following their split, the "Sorry" singer was spotted spending time with model Baskin Champion, according to Us Weekly. However, it obviously didn't appear to be a relationship that stood the test of time. That's because, of course, Bieber recently moved on from his on-and-off relationship with Gomez in a pretty major way with another model and his longtime friend — Baldwin.

As previously mentioned, the news that broke the interwebs on July 8 had to do with the young Hollywood couple's seemingly sudden engagement. TMZ reported that Bieber and Baldwin were engaged after he popped the question during their Bahamas vacation. He reportedly asked her to marry him, after about a month of being back together, on Saturday, July 7 at their resort.

As TMZ noted, both of the singer's parents, Jeremy Bieber and Pattie Mallette, both posted on social media seemingly about the happy occasion. Baldwin's father, Stephen Baldwin, also posted a message about the news in which he included the couple's initials and said, "Congrats." Although, the tweet was later deleted for an unspecified reason.

The news about Bieber and Baldwin's engagement certainly surprised the world. But it seems like the young couple, and their families, are overjoyed about it. And in case you were wondering what the "Baby" singer's ex-girlfriend was feeling in the midst of all this news, look no further than her assistant's Instagram post featuring the carefree and happy Gomez.