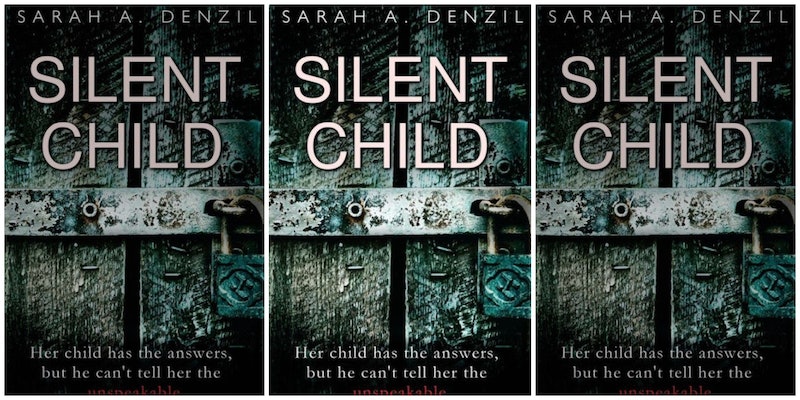 As the end of the year approaches, every avid reader — including me — starts thinking about those Best Books of the Year lists. And for the most part, I feel like I have a pretty good idea about what reads will be ranked—all of the big books of the year have usually been talked about endlessly en masse by everyone from readers to reviewers to publishers, with many receiving rewards and honors throughout the year. But sometimes, as all readers also know, there's a unexpected plot twist that no one saw coming. And that's definitely the case when it comes to the new thriller of 2017 that got the most five-star reviews on Goodreads this year: Silent Child by Sarah A. Denzil

According to data provided to Bustle by Goodreads, Silent Child received the most five-star reviews of any thriller book released this year — including Into the Water by Paula Hawkins, The Good Daughter by Karen Slaughter, and even Dan Brown's Origin. What makes this so unusual? Silent Child is a self-published novel. And it has received 38,807 Ratings in less than a year — more than fellow Goodreads Choice 2017 nominees Behind Her Eyes by Sarah Pinborough (published by Macmillan) and The Fourth Monkey by J.D. Barker (published by HMH). So, what's the book about?

In the summer of 2006, Emma Price watched helplessly as her six-year-old son's red coat was fished out of the River Ouse. She believed that her little boy, Aiden, had wandered away from school during a terrible flood and fallen into the river and drowned. His body was never recovered.

Ten years later, Emma has finally rediscovered the joy in life. She's married, pregnant, and in control again... until Aiden returns. Too traumatized to speak, he raises endless questions and answers none. Only his body tells the story of his decade-long disappearance. The historic broken bones and injuries cast a mere glimpse into the horrors Aiden has experienced. Aiden never drowned. Aiden was taken.

As Emma attempts to reconnect with her now teenage son, she must unmask the monster who took him away from her. But who, in their tiny village, could be capable of such a crime? It's Aiden who has the answers, but he cannot tell the unspeakable.

If you are a thriller lover who missed out on Silent Child in 2017, you might want to add it to your TBR for next year. Who knows, it might just become the next big self-published pop culture phenomenon.