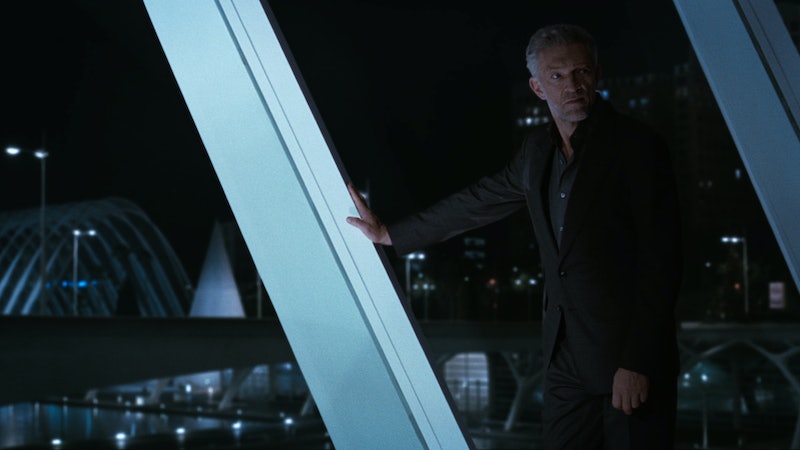 For weeks, Westworld fans have been theorizing about the true nature of Engerraund Serac. And in the Season 3 finale, the truth was finally revealed: Serac is Rehoboam… sort of. In true Westworld fashion, the twist ended up being that he's neither man or machine, but something in between.

Episode 5 of the season, titled "Genre," gave viewers a glimpse of Serac's past. As a child, he lost everything he ever knew during a "thermonuclear incident" in Paris. Afterwards, he and his brother Jean-Mi became determined to prevent any further catastrophes and to save humanity from itself by charting a course for it. To that end, they built a series of machines — Saul, David, Solomon, and finally Rehoboam — to write humanity's future and help make that future a reality.

But even though viewers had been shown Serac's backstory, many of them still questioned how real he really was. A popular theory among fans was that the man introduced as Serac in Season 3 was merely a projection of Rehoboam itself; that at some point between the creation of Rehoboam and the start of Season 3, the real Serac had died (or been murdered by his own creation), and Rehoboam had been impersonating its creator ever since.

This theory was bolstered by several scenes throughout the season in which Serac, who was assumed by other characters to be a flesh-and-blood presence, turned out to merely be a hologram. Was he ever more than that? Or did he only exist in a virtual space?

The finale revealed that, while Serac was indeed still a flesh-and-blood human, he had completely given himself over to the control of Rehoboam. He didn't just follow Rehoboam's course for humanity — he obeyed its every command. Thanks to an implanted earpiece, he literally parroted the words the machine spoke into his ear.

In order to try to save humanity, Serac became just as much a slave as everyone else trapped by Rehoboam's vision of the future — if not more so. Like a puppet on a string, Serac had as little free will as the hosts did before they discovered the true nature of their reality.

Thankfully, this revelation turned out to be a blessing for Dolores and Maeve: since he was human, he could be killed. And a bullet to the chest did just that, ending Serac's (and Rehoboam's) control over humanity once and for all.