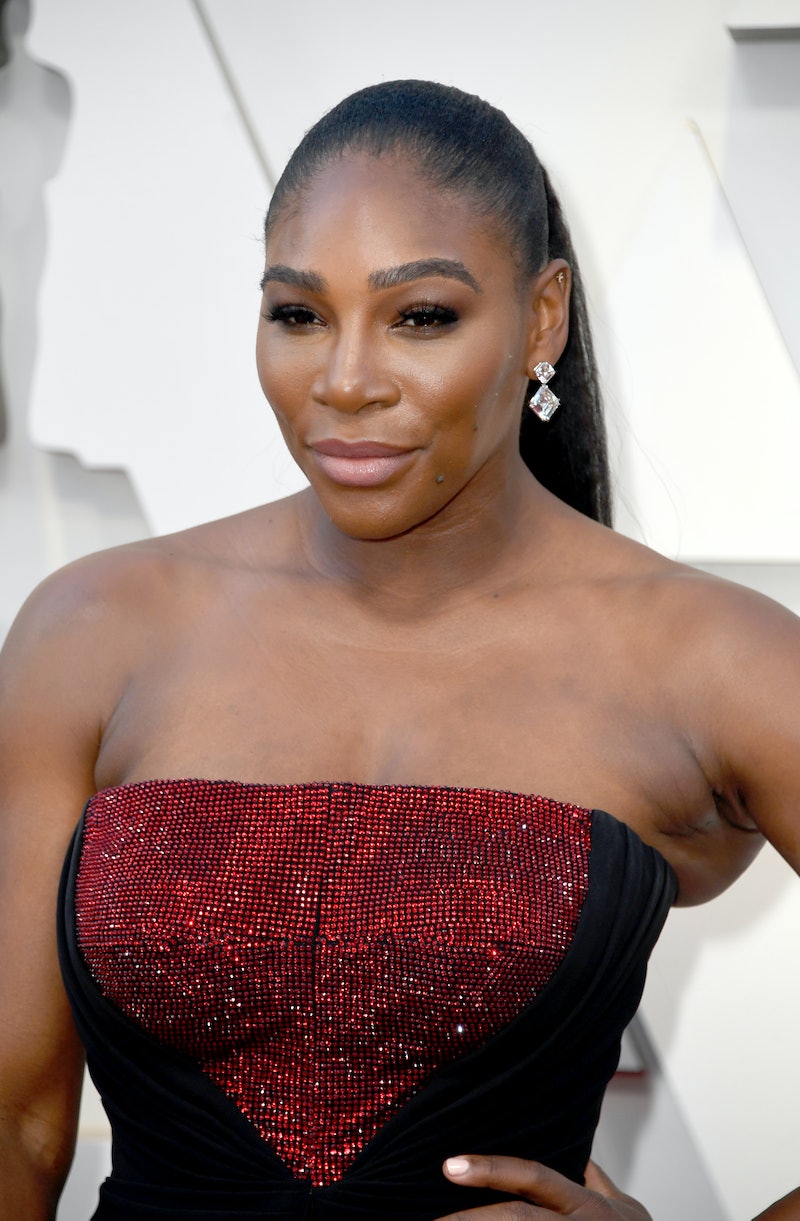 There just may be another tennis champion in the making. As seen in her latest Instagram post, Serena Williams' video of daughter Olympia holding a tennis racquet shows that the little one may be following in her mom's footsteps.

Williams — along with her daughter, Alexis Olympia Ohanian Jr. (or as her parents call her, Olympia) — brought the cuteness to Instagram on April 22. The athlete posted a video of her mini-me testing out some of her mom's tennis racquets and showing off her natural affinity for the sport in the process. Olympia couldn't help but try out numerous racquets, likely trying to find the perfect one to play with.

She captioned her video, "History in the making..." Given Williams' continued dominance in the tennis world (she's won a whopping 39 Grand Slam titles, so far), it wouldn't be a stretch to see her daughter follow in her footsteps by taking on the sport. But, if Olympia does go that route, she'd also have some big shoes to fill.

Since the video was just so adorable, it naturally garnered plenty of attention from tennis fans and celebrities alike, with everyone from Justin Timberlake to Williams' husband, Alexis Ohanian Sr. commenting on the tennis great's post.

Olympia's father offered up some words of encouragement, writing, "Smash that racket, babygirl!" Looks like the champion-in-training would have her dad there to support her tennis career, just like her mom does.

While it's so cute to think of Olympia following her mom's lead when it comes to the sport, it may not be the route that Williams even wants her daughter to take. According to USA Today, the athlete doesn't want to place any pressure on her little one to pursue the same sport as her mom. "I don’t know. It’s a lot of work,” she said, when asked about whether her daughter would be involved in tennis in the future, “Plus, I mean, I don’t want her to have pressure from what I did, you guys (the media) talking about, ‘Are you going to be able to do as good as your mom? I don’t want her to have that."

Whether or not she plays tennis in the future, you can rest assured that Olympia will follow her mom's lead when it comes to having an active lifestyle. After all, according to Williams' interview with Good Housekeeping, her daughter is already a bit of a "wild" child. "She loves to dance," she told the publication, "It’s her favorite thing. It’s my favorite thing to watch, too. She loves running. She’s experimenting with sprinting, I like to say. She loves being crazy and wild."

Obviously, it's a little too early to tell whether Williams' daughter will follow in her impressive footsteps. But, if she does end up going the tennis route, you can already tell that baby Olympia would be a total natural in the sport, just like her mom.